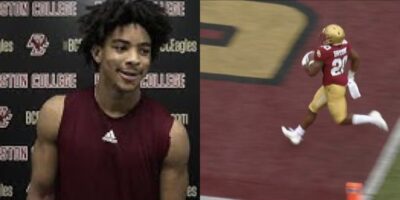 True freshmen are not suppose to make an immediate impact even in this day in day in age. Don’t tell that to wide receiver Joe Griffin and running back Alex Broome. Both have been inserted into the Eagles line up and they are paying immediate dividends. Griffin scored the Eagles first touchdown last week on a two yard pass from Phil Jurkovec. Griffin boxed out the defender and made a… 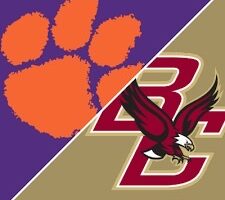 Image courtesy of ESPN Kickoff: Well, here we are again. BC has a chance to shock the world and beat a Top 5 team in the country when Clemson visits for the Red Bandana Game on Saturday night. The Eagles are currently 19.5-point underdogs, which, is actually surprising given how bad the BC offense was the first two weeks of the season. First down: In fairness, the offense has been… 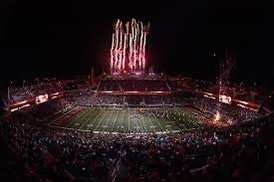 Photo – BC Athletics Let’s be honest, Alumni Stadium isn’t known for its rowdy fans or electric atmosphere compared to major college venues in Florida, Georgia, Alabama or LSU. Hell, it’s probably not even as good as Holy Cross right now. Ok, that’s a bit harsh, but you know what I mean. With that being said, Alumni Stadium has had its moments over the years. This Saturday night, when No…. 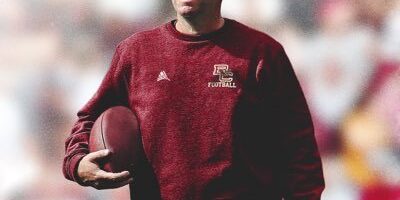 Back at BC’s media day, new offensive coordinator John McNulty talked about how during pregame, he went over various situations that would come up in the game in his head. What calls he would make in the red zone, or on third down, or when the team needed him to dial up a big play. McNulty also talked about being up in the press box instead of down on the…

Photo courtesy of Mark Stockwell/AP CHESTNUT HILL- Week five games aren’t usually must win games but that is exactly the situation the Boston College Eagles were faced with against Louisville. They needed to win or else they were facing the possibility of their season coming off the rails. B.C Breakdown: Eagles 34 Cardinals 33 John Sarianides and Andy Backstrom https://t.co/aSs8s8fNhn — New England Football Journal ® 🏈 (@newftbj) October 1,… 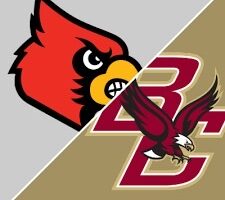 Photo – ESPN Kickoff: It can’t get much worse, right? After an embarrassing loss to Florida State on the road last week, the Eagles come home as anywhere between 15-17 point underdogs to the Cardinals. It’s a fair statement as to where BC is at right now and how little home field advantage matters at Alumni. First down: If the Eagles are going to have any chance whatsoever, they’ve got… 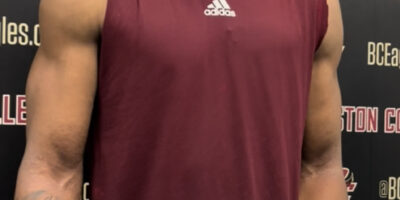 CHESTNUT HILL – Former Springfield Central standout Joe Griffin caught his first career touchdown pass during Boston College’s loss to Florida State on Saturday. It’s the first of many he’ll be catching during his career in Chestnut Hill. The speedy freshman wideout is getting more opportunities to showcase what he can do as he gets more comfortable playing football at the Division 1 level and could become a much bigger… 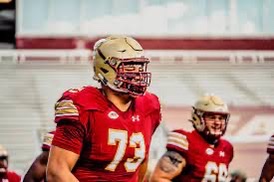 Photo – BC Athletics CHESTNUT HILL – It’s the understatement of the century to say that the Eagles desperately miss All-ACC offensive lineman Christian Mahogany. Following the ugly loss to Florida State this past weekend, the Eagles were back at practice on Tuesday morning preparing for Louisville. The young O-line is still working to get better, but Mahogany’s presence on Saturdays is still greatly missed. There’s a small chance he…

These have been trying times for Boston College. The Eagles are 1-3, and the only win was over an FCS team in Maine. On Saturday, BC fell behind early at Florida State, and it did not get much better after that for a decisive, 44-14 loss. It does not promise to get any easier. This coming week, the Eagles host Louisville. Then there is a home game with Clemson, then… 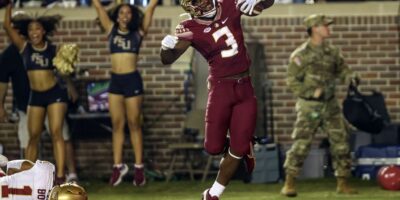 Photo – Garry McCullough/AP When Boston College kicked the ball off to Florida State right around 8 P.M on Saturday night in Tallahassee, there was optimism that BC would look better than it had in two of the first three weeks. About a minute later, that went out the window when Trey Benson returned the kick 93 yards for a touchdown. Florida State never looked back, rolling to a 44-14…