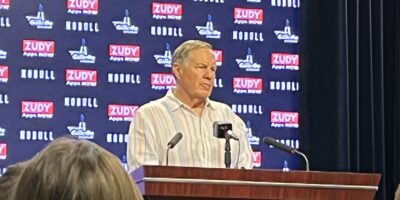 It’s hard to believe after the memorable experience everyone had on Sunday during the Jets game, but the Patriots play again in just two days. The last time the Patriots played on Thanksgiving was the memorable “butt fumble” game against the Jets in 2012. Before that, it was against Detroit in both 2002 and again in 2010. Those years, it was almost a lock that New England would be Detroit…. 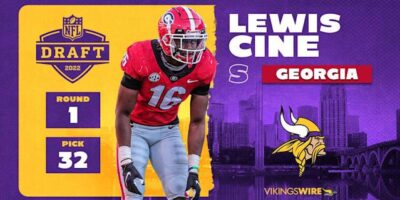 Photo: Yahoo Sports Just before the clock struck midnight on Friday morning, former Everett star and standout safety Lewis Cine was selected by the Minnesota Vikings with the final pick of the first round in the NFL Draft. The now former Georgia Bulldog received a phone call from general manager Kwesi Adofo-Mensah and head coach Kevin O’Connell. “We’re building for a dream season here, you want to come join us?”… 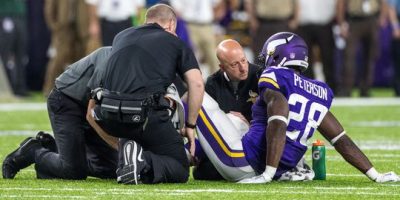 The Minnesota Vikings announced today that running back Adrian Peterson is going to have surgery on his torn meniscus and could miss several months as a result of the procedure. Vikings coach Mike Zimmer did not rule him out for the season but by all accounts, Peterson’s season is over. Peterson’s injury is a crushing blow to a Vikings team that expected to contend for a Super Bowl this season….