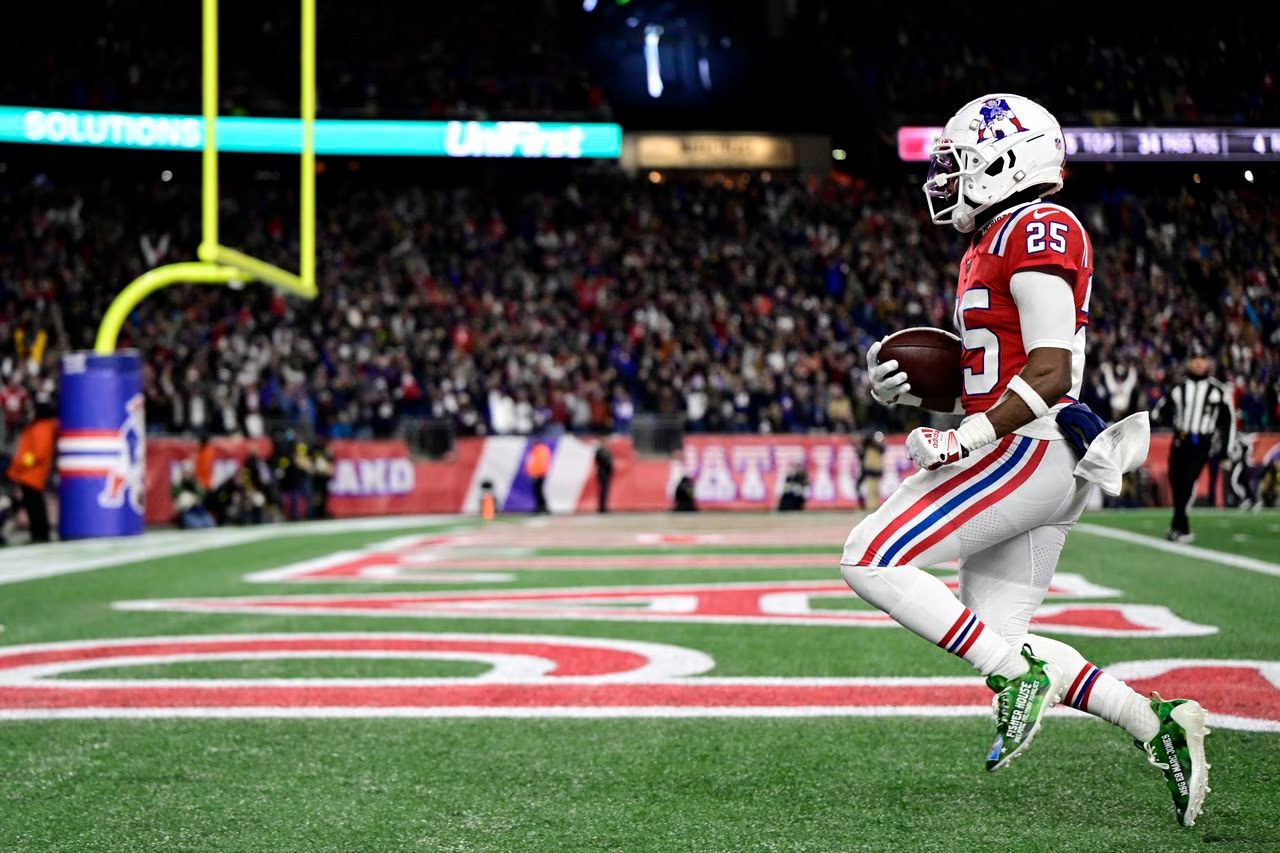 The Patriots did not have much to smile about after Thursday night’s loss to the Bills, but one bright spot is the play of do-it-all rookie Marcus Jones. Jones has steadily increased his playing time this season and as the snaps have increased his impact has followed.

Against Buffalo, Jones played 45% of the defensive snaps, 42% of the special teams snaps and three snaps on offense. His biggest impact was on offense, he scored a 48-yard touchdown to put the Patriots up 7-3 in the first quarter. It would be the only touchdown the Patriots would score on Thursday night.

Marcus Jones is a defensive back.

Jones has played solid defensively when given snaps at slot corner, but has had a much bigger impact as a returner on special teams. Of players that have returned at least 10 kickoffs (taking out one-off returns by players that don’t usually do that job), Jones is tied for the ninth best return yardage average (25.1) and is tied for third most returns of 20+ yards. In the punt return game, he’s been even better. Of players with at least 10 punt returns, Jones is tied for third in return average (sixth overall) at 14.7 yards per return. Jones is one of two players in the entire NFL with a punt return touchdown this season and it was a massive one; it gave the Patriots a last-second win over the Jets.

In a game with no TDs, #Patriots rookie Marcus Jones return a punt all the way for the score with 10 seconds left!pic.twitter.com/rqQvg9OwiV

Jones won the 2021 Paul Hornung Award as college football’s most versatile player and that versatility has been on full display this season. When asked about Jones on Monday, Patriots assistant coach (and versatile superman) Troy Brown noted that Jones is further along at this point in his career than Brown was as a young player.

New England has had an inconsistent season and sits at 6-6 on the playoff bubble. If they are going to make the playoffs, Jones is one player that they will need to continue to play well.