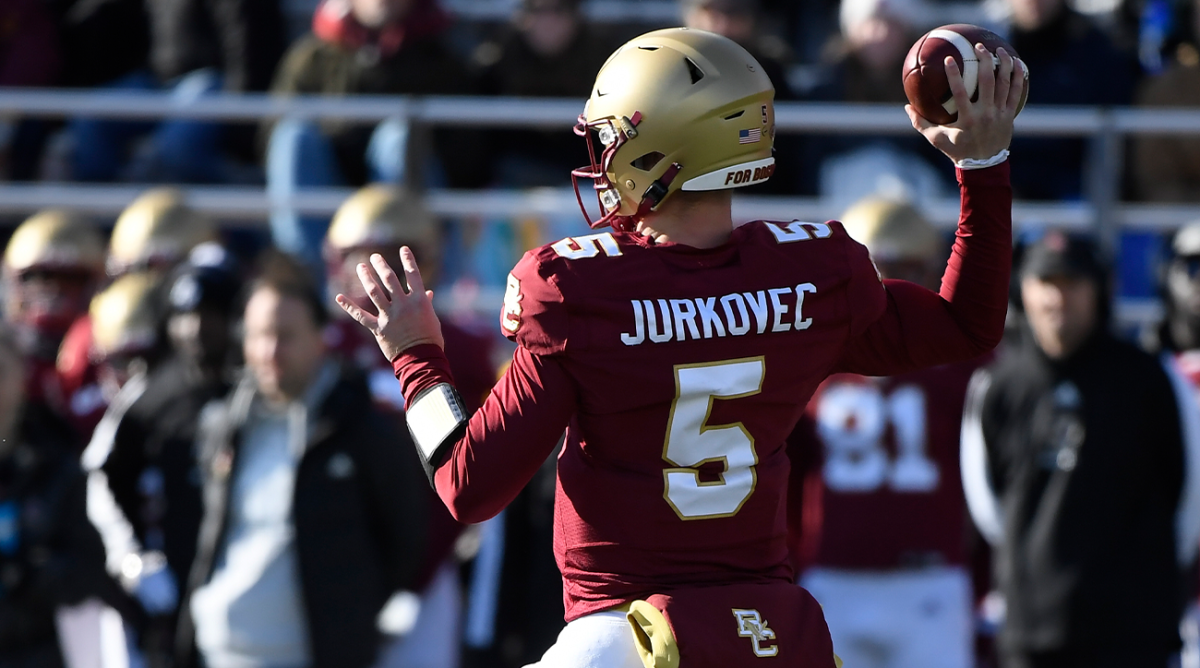 Phil Jurkovec is entering the transfer portal. After transferring to Boston College prior to the 2020, Jurkovec will be transferring again with one year of eligibility left.

It has been a tumultuous tenure for Jurkovec at the Heights. He has experienced his fair share of highs and lows. Despite making some highlight plays when he was on the field, he also battled injuries, inconsistency and coaching changes. Jurkovec came to Boston College from Notre Dame where he was a four star recruit out of the Pittsburgh area.

With the emergence of Emmett Morehead down the stretch, Jurkovec became expendable and it is obvious that he did not want to stick around and compete for the job. So where does Jurkovec end up? That will depend on what he is looking for. Jurkovec is a free spirit and leans on his family and faith so whatever decision he does make will be well thought out.

2. Oregon: Ducks coach Dan Lanning just lost his offensive coordinator Kenny Dillingham to Arizona State but whomever he hires next, he will want more pro-style elements in the offense. Jurkovec could be a great scheme fit in an offense like that. Only drawback with Oregon. It is far from home.

3. Akron: I know it’s a MAC school but the chance to play for an offensive coach like Joe Moorhead might appeal to Jurkovec. If he is serious about turning his career around and rebuilding his draft stock, this might be a good landing spot.

4. Northwestern: The Wildcats have added quarterbacks in the portal every year it seems since it’s inception. After a tough season in Evanston, Head Coach Pat Fitzgerald needs to win next season and a proven signal caller can help him do that. Jurkovec would be a great fit in offensive coordinator Mike Bajakian’s offense. The academics will also appeal to Jurkovec.

5. Rutgers: Another program that would make sense for Jurkovec from a schematical standpoint. The Scarlet Knights finished 4-8 this season and can use an upgrade at quarterback. Playing close to home in New Jersey would also appeal to Phil.

Regardless of where Jurkovec wants to end up, there will be interest in his services. There are a lot of big name quarterbacks currently in the portal and Jurkovec is among the biggest. He certainly has the talent to be an upgrade at the position for any program.