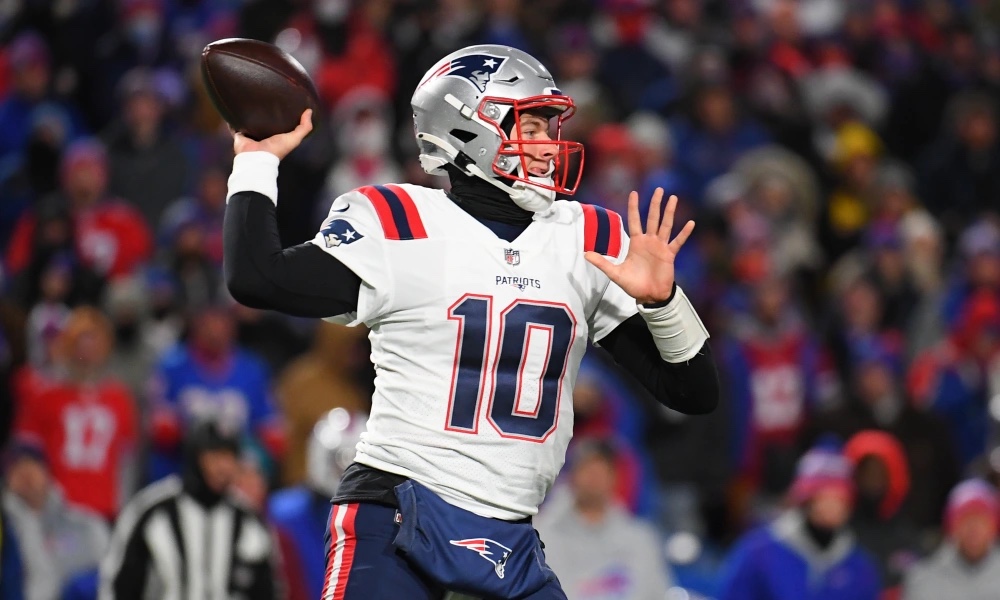 The Patriots mustered only three offensive points in Sunday’s 10-3 win over the Jets, their worst output of the season. They were able to move the ball well at times, but could not make enough plays (or play calls) once they got inside the Jets 30-yard line. The offensive line struggled mightily and the typically strong Patriots running game was largely ineffective, save for a couple nice runs from Damien Harris. Things can’t get much more frustrating for the Patriots offense and if New England going to fix it’s offense, one thing that would help would be a greater emphasis on is the short passing game.

Mac Jones was 13/15 for 148 yards when the ball was thrown within 10 yards of the line of scrimmage against the Jets. He was 3/4 for 59 yards in the 11-20 yard range.  Beyond 20 yards he was 0/1. Part of the Patriots shift to more short passes was dictated by the windy conditions, but it did appear to be a change in focus from earlier in the season when the offense made a point of taking shots down the field.

New England cannot live completely in the short to intermediate range, they will still have to periodically take and hit deep shots and run the ball well, but the shorter passing game can be something that can be built into their offense more, especially on early downs. On Sunday, the Patriots ran 26 first down plays, 13 runs and 13 passes. The 13 runs totaled 34 total yards (2.6 ypp) and two penalties for -15 yards. The 13 passes totaled 103 total yards (7.9 ypp) and three sacks for -25 yards.

The three sacks are a concerning number, but the Patriots still performed much better throwing the ball on first down than running it. This isn’t to say that running on first down should be abandoned, but New England would be wise to consider increasing the amount of short to intermediate passes they throw on first down. This will in turn give them more manageable second and third downs, in which more of their playbook is available.

The Patriots offense is not going to suddenly become an elite unit that can score 30 points per game, but they can be better than they’ve been. Obviously the offensive line needs to be better, but more short passes on early downs will also help them stay out of disastrous 3rd and long scenarios. It may also help improve their dismal red zone performance. With their next two games against the Vikings and Chiefs, they are going to have to score a lot more to win. Having more success throwing on first down will be the first step in that process.