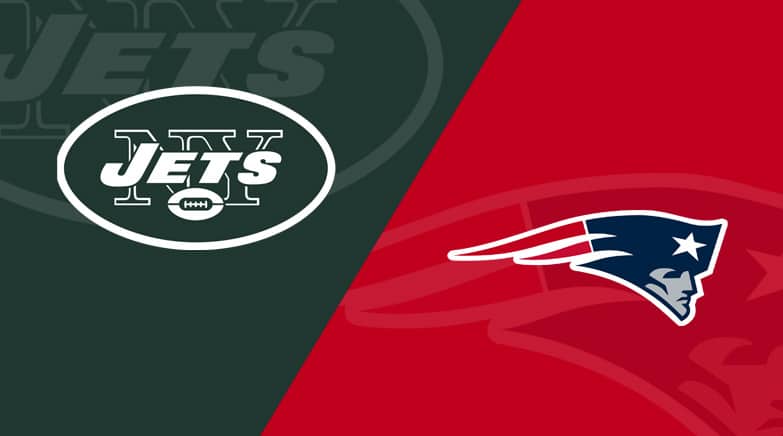 The big question is are the Jets a different team from when they last met the Patriots three weeks ago? Is Zach Wilson all of a sudden a competent Quarterback after he beat the Bills?
I believe both of those answers are a resounding… no.

On the flip side will the Patriots defense continue to be rock solid after the bye week? Will Mac Jones and the offense improve and get more efficient in the opponent’s territory?
I believe both of those answers are a slightly optimistic yes.

A Patriots win can make it 14 straight victories over the Jets and make it the longest active streak against a single opponent in the NFL. QB Zach Wilson threw 3 dreadful interceptions against the Patriots three weeks ago, each one more hideous looking than the previous one. Wilson got the surprise win over the Bills two weeks ago and he was solid but didn’t do anything special. Josh Allen on the other hand threw 2 awful interceptions in that loss that were instrumental in the Jets win and it wasn’t because the Gang Green defended those throws well. They were both thrown right to the defense. Running backs Michael Carter and James Robinson were the stars and busted out big runs and chewed clock on a final game winning possession. Zach Wilson is statistically the worst QB when facing pressure this season and the Patriots get pressure on opposing quarterbacks 33% of the time (good for 3rd most). To counter how bad Wilson has been under pressure, Robert Saleh and the Jets have dialed down the offense to get the ball out of Wilson’s hands within three seconds by use of wide receiver screens and quick slants. Guys like Garrett Wilson have been doing 95% of the work it seems to move the passing offense down the field. The offense just seems basic and I don’t see a different team from the one the Patriot manhandled in the 2nd half a few games ago.

Kyle Duggar missed the first game against the Jets but will have his eyes on Tight End Tyler Conklin who scored both of the Jets touchdowns a few weeks ago. So that right there in theory takes away or at least limits an attack the Jets might have. Jonathan Jones had an illness this week but returned to Patriots practice and the secondary looks to be at full strength to slow down the speedy rookie Garrett Wilson.

WIND 💨🌬 is in the forecast for Foxboro on Sunday. The weather may limit the passing offense in itself. The Patriots run defense has been impressive in the last two games and that needs to continue to ensure a victory and a season sweep of the New York Jets if this turns into a ground and pound game.

One other reason why I’m not really feeling the Jets is because it seems the Jets are feeling themselves a little too much. A little bit of “Boogeyman” behavior of Patriots years past is being shown in Jets press conferences. Zach Wilson this week when asked about his emotions in the frustrating loss to the Patriots in Week 8 said “I thought they were good emotions… you know I still believe nobody outside this building knows what they are talking about.” Also head coach Robert Saleh talking about Wilson’s performance against the Patriots “We’re holding him hostage to 4-5 plays against New England, at least externally.” Those comments tell me that they are trying to convince themselves that everything is fine and those interceptions weren’t back-breaking plays that determined that game. They might be getting a little too full of themselves and acting like their crap don’t stink. I would HOPE the Patriots learned themselves not to fall into that trap again and get complacent.

Now I may be whistling past the graveyard of the Mac Jones pick-six that was wiped away because of a roughing the passer penalty in their previous meeting that could have completely changed the outcome of their Week 8 matchup. But a safe short route game plan should be the recipe to moving the ball effectively for the Patriots similar to what the Jets did against the Bills. Devante Parker is back to hopefully battle Sauce Gardner for the ball for more than 1 play. Captain David Andrews is back to try and slow down Quinnen Williams who had a field day getting to Mac Jones previously this year. And superstar in the making Kyle Duggar is back in the fold in the secondary. The Patriots are healthier than they were before the Bye week and I believe that will show in their play.

BOLD PREDICTION: The Patriots get a defensive score in the form of an interception return for a touchdown.

GAME PREDICTION: The team that turns it over less will win. Sounds cliché but both defenses are flying high and if they get a hold of the ball they will most likely put their team’s offense in tremendous field position. The less field to go the better for these offenses and chances of scoring touchdowns is higher on those possessions. I don’t believe in the Jets yet despite having their best record through 10 weeks since the 2010 season. I see the Patriots defense getting better and Matthew Judon continuing his DPOY chase. Jakobi Meyers and Rhamondre Stevenson are the keys for the Patriots offense. Feed your key players. FINAL SCORE: PATRIOTS 24 JETS 13