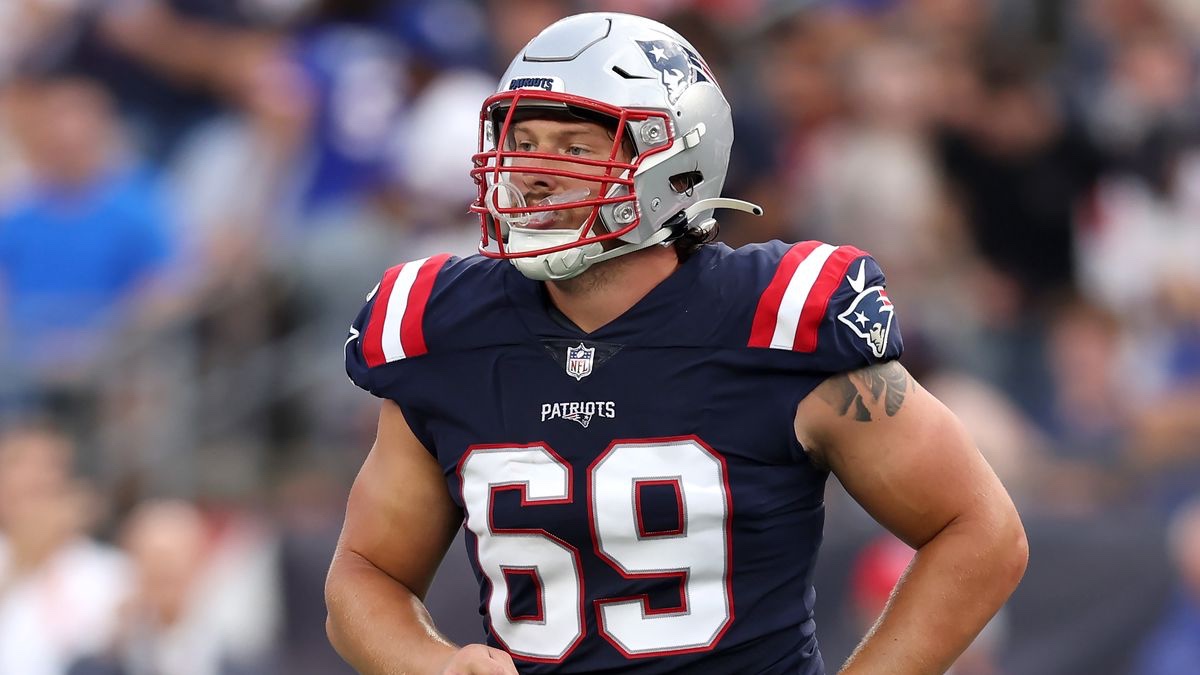 The Patriots are 5-4 and enter their bye week after defeating the Colts 26-3 on Sunday. It has been an inconsistent season so far that has seen a lot of young players given a chance to contribute. With that in mind, here is a look at how all their 2022 draft picks have fared so far.

Round 1: Guard Cole Strange, The University of Tennessee at Chattanooga

This pick was an eyebrow raiser at the time as it came on the heels of the Patriots trading Shaq Mason and the team also traded down in the first round before selecting Strange. Coming from Tennessee-Chattanooga, Strange was largely an unknown to Patriots’ fans. His rookie season results have been mixed. He had a miscommunication with Trent Brown in Week 1 that allowed a sack, but began to play better in the following weeks. However, Strange has been terrible the past two weeks, getting benched both against the Jets and Colts. In fairness, those teams have great defensive lines, but Strange himself said there are technique mistakes he needs to work on. His overall Pro Football focus grade is a 53.8, which puts him in the below average range. He’s shown he can play well in the NFL, the problem for the Patriots is that he’s shown it on an inconsistent basis. The bye week comes at a good time for Strange, hopefully he can come out of it playing much better than he entered it.

Thornton is a speedster that the Patriots selected over several other big name receivers including Georgia’s George Pickens, who went to the Steelers. Thornton looked like a potential playmaking threat in training camp, but a collarbone injury sidelined him until Week 5, when he made his debut against Detroit. He has nine catches for 81 yards and one touchdown for the year. His best game was against Cleveland, when he had four catches for 37 yards and a touchdown. Thornton needs to be more physical with corners outside the numbers, which showed up on an incompletion in the second half against the Colts when he got caught up with a defender and Mac Jones ended up overthrowing him. Based on what we’ve seen, Thornton has the potential to be a good NFL receiver, but he must add some muscle first.

Jones is arguably the best athlete the Patriots selected in the draft and that has shown up so far, especially in the kick and punt return game. Jones has played slot corner sparingly, that role is still primarily occupied by Myles Bryant. He has become the team’s primary kick and punt returner and has done a great job. He’s averaging 13.4 yards per punt return, ranking fifth in the NFL, and has four returns over 20 yards, which ranks second in the league. On kick returns, Jones has a 24.3-yard average, which is ninth among players that have attempted more than one return. He also has the most kick returns on 20+ yards in the NFL, with 11. Overall, Jones has been a major part of an improved special teams unit and looks to have the potential to be a great returner for years to come. The jury is still out on his potential at slot corner, though I think it is there.

Jones fell to the fourth round because of some off the field issues, but so far, he has stayed in line and shown why he had the talent to be drafted much higher. He did not play in Week 1, but began to play a rotational role with 37% of the snaps in Week 2. He has two interceptions on the season, one a pick-six off Aaron Rodgers and the other on a great play against Detroit. Jones also forced a fumble in the Green Bay game. He needs to be better against the run, the Packers took advantage of him on Christian Watson’s touchdown run, but he has already shown he can be a good cover corner. Right now, the Patriots rotate him at corner, but by the end of this season or early next season he should have one of the starting spots. According to Pro Football Focus, Jones has the highest defensive grade of any corner in the NFL at 86.9.

Got the feet down. Jack Jones with an interception in back-to-back weeks! @presidentjacc

Strong is another elite athlete the Patriots selected, but like many rookie running backs the Patriots have picked over the past 20 years his contributions have been limited. He has played minimally in three games, with only one carry for five yards. He’s also begun to carve out a role on special teams. Strong looks like he could help the team next season in a rotation behind Rhamondre Stevenson, but 2022 will be a development year for him.

Covid-19 was not the only pandemic to hit New England over the last two years; Zappe Fever was just as contagious although obviously a lot more fun. Zappe was thrust into game action against Green Bay when Brian Hoyer left the game with a concussion in the first quarter. Zappe took his first official snap inside his own five-yard line at Lambeau Field. How about that for a start?! Zappe was calm and efficient and nearly led the Patriots to a win in Green Bay before leading them to victories over Detroit and Cleveland. There was serious talk of him supplanting Mac Jones as starter; even though he didn’t necessarily flash greatness, he didn’t turn the ball over and the offense operated reasonably well with him under center. Things got really wild against Chicago, when Jones was benched, and Zappe came in to lead back-to-back touchdown drives. Even I thought Mac was in trouble at that point. After that, though, the Chicago defense clamped down and Zappe looked more like a backup than a savior. All in all, this has to be considered a great pick because at worst the Patriots have a good backup quarterback, a valuable commodity in itself, and at best they have a player that can push Jones and lead the team to be respectable if Jones falters.

Harris is a bruising runner that has not had much of a place with the Patriots so far because of the workhorse tandem of Damien Harris and Rhamondre Stevenson. He’s played in one game, against Cleveland, and had one carry for five yards. It was notable that against the Colts the Patriots chose to sign JJ Taylor to the active roster instead of Harris once Damien Harris was ruled out. He may have a future as a backup/ rotational running back, but he has an uphill battle to get there.

Roberts was a preseason star on the defensive line and made the roster in a backup role. His role increased against the Bears and Jets with Christian Barmore out, but that did not continue against the Colts. At best, Roberts is probably a rotational lineman and fringe roster player. He has one tackle on the season and a below average Pro Football focus grade.

Hines played both guard spots at LSU. He started training camp on the non-football injury list and never made much of an impression in training camp or the preseason. He has not played in a regular season game and was placed on injured reserve last week.

Stueber has a torn hamstring and thus far has not made any impact with the team. Late round offensive line selections are always prudent for development (see Mike Onwenu), but thus far both Hines and Stueber have not had much of a chance to develop. If he can get healthy, Stueber’s ceiling could be a rotational/ backup offensive tackle.

The biggest word I used at the time to describe this draft class was risk. The Patriots drafted some excellent athletes, but also passed on some potentially great players. Thus far, the class looks good due to the impact of the two Joneses with the potential to be great if Strange and Thornton can become more consistent. Ideally, one of the late round offensive linemen and one of the mid round running backs will develop into a solid player. Thus far, that has not happened but there is still plenty of time.

I’d give the class a “B” right now with “A-” potential if Strange and Thornton can have more of an impact.