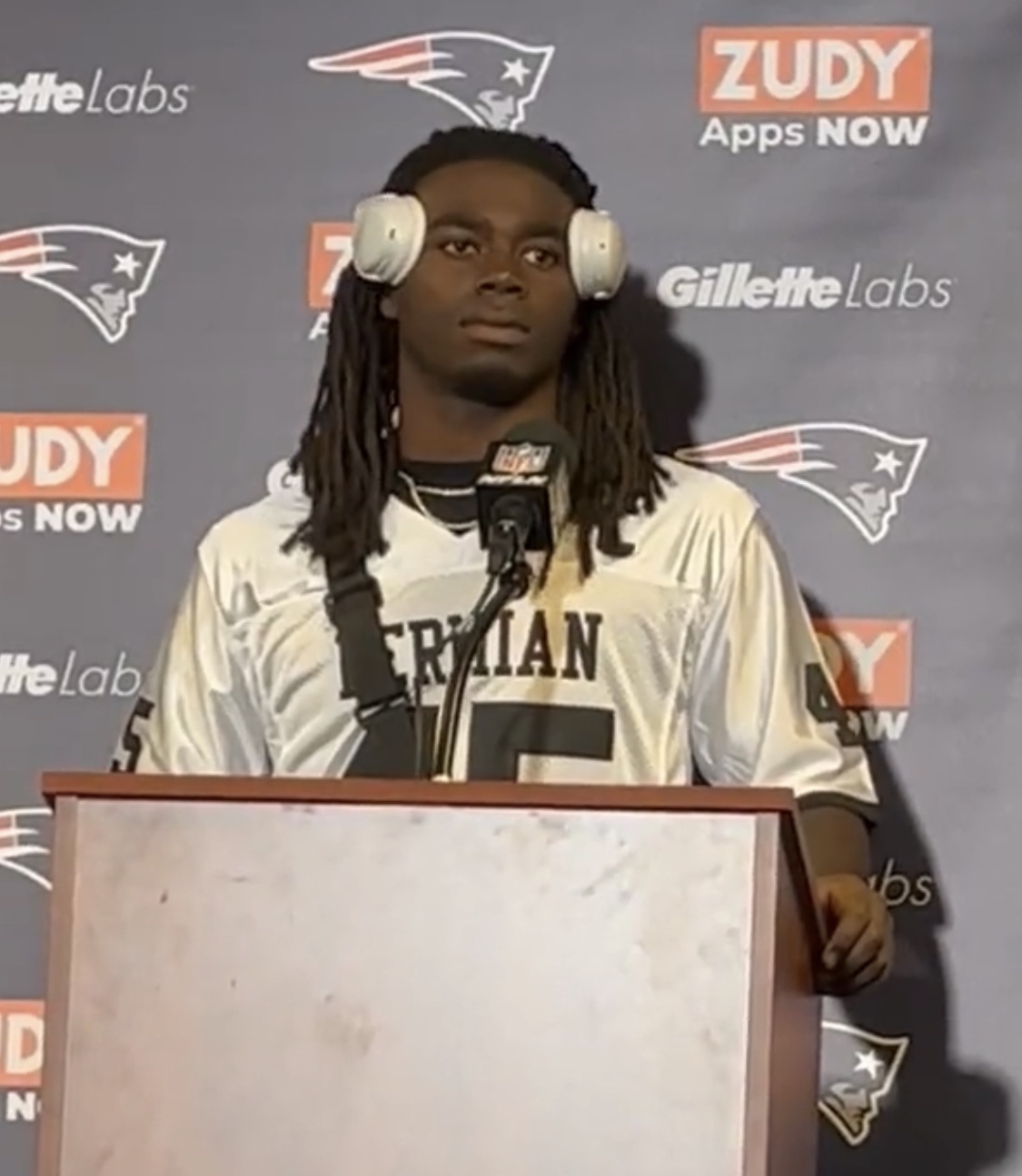 Rhamondre Stevenson was the Patriots best offensive player in Sunday’s 22-17 win over the Jets. Stevenson has ascended into the lead back role and while it is easy to point to his physical traits as the reason, preparation and working hard have also played a big part in his success thus far this season.

After the game, Stevenson talked about the time he put in off the field this week.

As for who led these sessions, Stevenson said it was a group effort.

Putting more time into your craft as a player is a sign of maturity. If you have ever been around Stevenson, you can see that he is a mature, soft spoken young man. That maturity has really shown up in this up and down season for the Patriots. Stevenson has been a source of stability.

Stevenson’s maturity and buy in were especially evident after last Monday night’s loss to the Bears. When asked what the loss means, Stevenson’s response was on point.

“I mean an L is an L regardless. It’s not a positive thing, we just need to go back and get better.”

It is that competitive spirit that has led Stevenson to a bigger role and has made him the featured back. It isn’t just his talent.

It is why when asked about Stevenson after the Patriots 29-0 win over the Lions earlier this month, Bill Belichick openly praised him.

“You have to give him a ton of credit. With Damien out, we only carried two backs for the game, and he put it all on his shoulders and finished with a couple of first downs there at the end of the game in the four-minute offense. Yeah, he is always good. He does a great job with the ball in his hands. He is a strong runner, but he can make people miss. He is a really good football player. Really a good football player. So glad we have him.”

Belichick added: “Had a couple of blitz pickup plays right up the middle where he stepped up there. He is a good all-around back. Love him. Love him.”

I'm sure the Patriots loved this play from Rhamondre Stevenson. Blocked two Jets defenders to give Jakobi Meyers a lane on a third-down conversion.

Great game all around by the Patriots RB. pic.twitter.com/Pe2CmzsrEf

Given the season he has had, there is a lot to like about Stevenson. The future is bright for this rising star. He is only going to get better and that does not bode well for the other teams on the Patriots schedule.