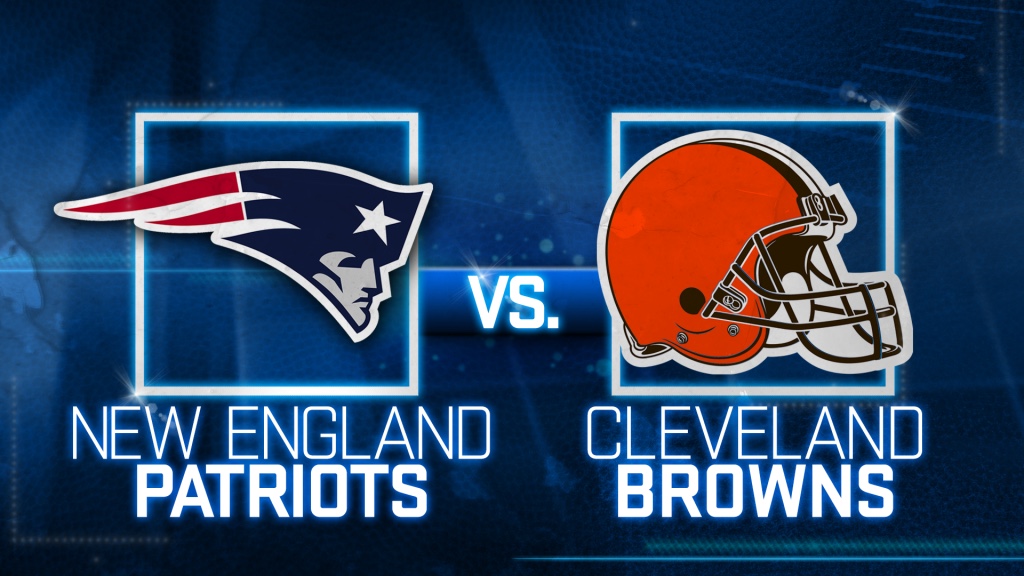 It’s like the old saying goes ‘It’s not who you play it’s when you play them.’  A below average opponent that has significant players dealing with injuries might be enough reason alone for Bailey Zappe to play in his 3rd consecutive NFL game.  Bill Belichick was asked during the Wednesday press conference “Is Mac Jones the starter when he’s ready to go?

“We’ll see where he is today, I don’t know” Belichick responded.  That very well could be Bill playing the media game giving no answers but I believe it can also be read as that he’s interested in playing this one out and seeing if Zappe can improve open his impressive Week 5 outing.  This Sunday in Cleveland might be, without hyperbole, Bailey Zappe’s most important game of his professional life and depending on his performance COULD pose a franchise altering decision for Belichick and the Patriots.

Mac Jones is at practice again as a limited participant and video surfacing fixed on Mac’s mobility makes it look like he’s moving a lot better than he was last week.

My guess… if this was a playoff game coming up, Mac would no doubt be the starting Quarterback for the Patriots.  But SHOCKINGLY since the AFC is so wide open (only two teams with a 4-1 record and those two teams are facing each other this week, Bills/Chiefs) and because Bailey Zappe was so efficient in his first career start it might be the wise move to let Mac Jones rest another week and see what Zappe can do again with the offense against a subpar Browns defense.

Now focusing on who the Patriots are going up against Bill Belichick says the Browns have a lot of elite talent and that is hard to argue with.  Nick Chubb is clearly one of the best running backs there is in the league.

Chubb is averaging 118 yards per game on the ground (a league best) and over 6 yards per carry!  He is the only player to surpass 100 yards from scrimmage in every game so far this year.  A pair of top 10 draftee offensive tackles in Jedrick Willis and Jack Conklin are a big reason for Chubb and Kareem Hunt’s success on the ground and the tremendous run game as a whole.  So it wouldn’t surprise you to know that they have the #1 ranked rushing attack in the NFL.

Matthew Judon is tied for the league lead in sacks and that’s thanks to him getting more 1-on-1 pass rushes rather than him being double-teamed.  The Patriots have disguised the formation of their defense very well by standing up a linebacker or even a safety next Judon on the inside to give the illusion of a blitz.  That in turn forces the Right Offensive Tackle of the opposing team to be left on an island with one of the league’s best edge players.  Judon getting less attention his way has allowed him to be in the backfield quicker and speed up the opponent’s offense.  That has been crucial to New England’s defensive success early on.  And Judon will probably face his toughest task so far this year against Cleveland’s sensational o-line.

But excuse me for burying the lead!  Here comes old friend Jacoby Brissett who has made quite a resurgence for himself.  By completing 64% of his passes and tallying 212 yards through the air per game he has kept Cleveland from being one-dimensional.  He and his #1 receiver Amari Cooper have been quite the duo early on this season.  Cooper reached 100 receiving yards in back-to-back games earlier this season which is something he hasn’t done since the 2016 season.  Brissett will suit up to be the starting QB against the team that drafted him for the first time in his career.  Perhaps the battle of 3rd string Patriot quarterbacks if Bailey Zappe gets another chance to strike while Mac Jones continues to recover.  Brissett was having himself a pretty good game against the Chargers last week until he threw a dreadful endzone interception with minutes left when they just needed a field goal to take the lead.  But hey it fits right in with the mold of the Cleveland Browns finding new ways to lose down the stretch.  Back in Week 2 the Jets overcame a 13 point deficit in the final 2 minutes to beat the Browns and in Week 4 Cleveland’s defense surrendered three straight scoring drives to the Falcons in the 4th Quarter to lose that one as well.  Closing games out isn’t the Browns speciality and that’s where discipline and execution swings in the Patriots favor this Sunday.

Tight end David Njoku is a player to watch out for on Sunday.  He’s in the middle of his best 3-game span of his career with a 20-250-1 stat line.  He’s one of the faster tight ends in the league and can line up anywhere opening up the opposing defense.  Njoku will have the attention of Kyle Duggar this Sunday who’s quickly becoming one of the league’s best strong safeties.

Some key injuries the Browns are dealing with are mainly on the defensive side that has been poor to begin with.  Jadeveon Clowney is dealing with multiple injuries with a banged up elbow, knee, and ankle.  It’s safe to say he won’t be 100% if he even plays at all.  The other edge rusher is also dealing with a trifecta of injuries that include his shoulder, biceps and hand.  Myles Garrett however is not just the “other edge rusher”.  He is a 2-time All-Pro at his position and wreaks havoc on a weekly basis.

However, he is statistically off to the slowest start getting to the quarterback of his career and that may have to do with him being banged up, getting even more attention on the o-line or a combo of the two.

Trent Brown and Isaiah Wynn looked like stonewalls against the Lions but Garrett and Clowney are different animals even if they are ailing.  Also the Browns top cornerback Denzel Ward left last week’s game and entered the concussion protocol.  That would be huge loss if he can’t go and open up Devante Parker’s window to success in Week 6.

As it usually goes though, the play of Brown and Wynn will determine how efficient the Patriots offense can be.  And Mike Onwenu deserves a shoutout.  After jumping from position to position across the offensive line his first couple of years as a pro, he has settled in as the Right Guard for the Patriots and according to Pro Football Focus he is the highest rated guard in the entire league!  As NEFJ’s own Jon Lyons puts it, Onwenu is perhaps the best 6th round draft pick out of Michigan the Patriots have ever selected. 👀

Newly acquired linebacker Deion Jones will have a chance to suit up for the Browns.  Cleveland acquired Jones from Atlanta for a swap of 6th and 7th round picks in the 2024 Draft on Sunday night after Austin Ekeler and company smoked the Browns on the ground.  The Browns lost their signal caller and captain Anthony Walker Jr. in Week 3 for the season and after giving up a boatload of rushing yards to the Falcons and the Chargers they had to make a move and Deion Jones will get the opportunity to make a quick impression on his new team against Rhamondre Stevenson who had the best game of his young career last week.  While the Browns are best in the league running the ball they are ranked 28th defending the run so Stevenson has a great chance to duplicate his performance of last week while Damien Harris recovers from a hamstring injury.

And lastly lo and behold, Kendrick Bourne has arose.  Bourne played the 2nd most wide receiver snaps only behind Jakobi Meyers and that might be thanks to Nelson Agholor going out with a hamstring injury/causing another turnover and only playing 7 snaps.  At the same time Bourne only got a chance to touch the ball twice against the Lions and didn’t make anything do them.  His speed could be utilized to counter Cleveland’s speed at times while Rhamondre Stevenson is likely the focal point of the Patriots attack.

Rhamondre Stevenson sets a new career high in rushing yards after setting it just a week ago.

I think this is going to be a close game.  I wouldn’t be surprised if both teams have more rushing attempts than passing attempts in this one.  So if you love running the rock this is the game for you.  Both the Patriots and Browns run defense have been lacking and can be exploited.  Considering that running the ball is what both teams do best, Nick Chubb and Rhamondre Stevenson are in for great days.  Jacoby Brissett’s running ability is a X-factor.  Matthew Judon and Deatrich Wise will need to be disciplined in their contain when the Browns do throw and I believe the Patriots secondary can get more than one interception out of Brissett while Bailey Zappe continues to manage the game and find the open guy in the Patriots play-action. FINAL SCORE: PATRIOTS 24 BROWNS 20