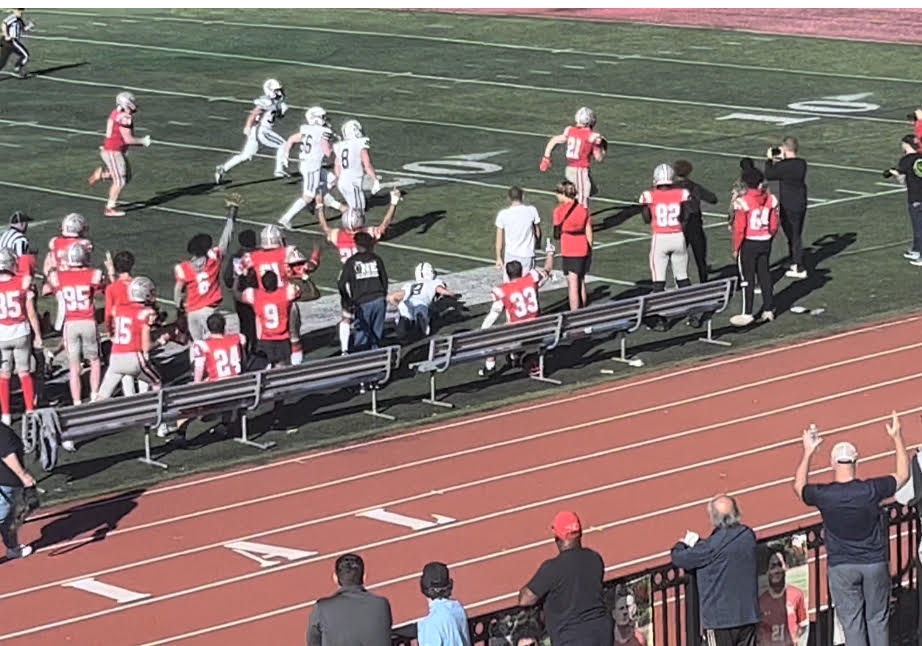 WEST ROXBURY — Behind a brilliant performance in all three phases from Georgia commit Joenel Aguero, St. John’s Prep played Catholic Memorial as. tough as anyone has the past two years.

And while Aguero could make the argument as the best player on the field, it was a familiar twosome that powered the host Knights to a 28-17, comeback win.

Catholic Memorial running backs Datrell Jones and Carson Harwood came up huge with two touchdowns each, and the Knights’ defense shut down the Prep in the second half to preserve the victory.

For a CM team that had blown out every opponent so far this year, getting to win where the Knights had to play all four quarters with their starters was a valuable learning experience.

“Well, if there was anything I didn’t know (about CM), I know now,” CM coach John DiBiaso said with a wink. “They were very resilient. They played hard against a good team. (The Prep) is a great team. You can’t underestimate them.”

Coming out of halftime, the score was tied at 14. But Aguero made an interception to set up Jackson Selby’s 40-yard field goal, and the Eagles held a 17-14 lead with 7:39 left in the third quarter.

It didn’t take long for CM to grab it back, though, as Jones raced 40 yards for a CM touchdown on the next possession.

The teams traded punts, and CM took over near midfield with 7:09 left in the fourth quarter. Harwood took it and rumbled 51 yards for a backbreaking CM score. He then rushed the two-point conversion, and CM led, 28-17. Neither team scored again.

Aguero was simply magnificent. He caught a touchdown pass on the Prep’s first possession, returned a punt 90 yards for a touchdown in the second quarter, and made that pick in the third.

“I don’t know who’s better,” Prep coach Brian St. Pierre said. “They’ve got some really good players, too, but I’ll take 7 (Aguero’s number). His competitive fire, the way he competes, it’s just special. It’s on stage every week for us. He shows up to work every day, too, works every day in practice. He’s not one of those guys (who doesn’t). He shows up every day, so it’s not surprising.”

“It was a great game,” Jones said. “(Aguero) was talking a little trash, but it was good.”