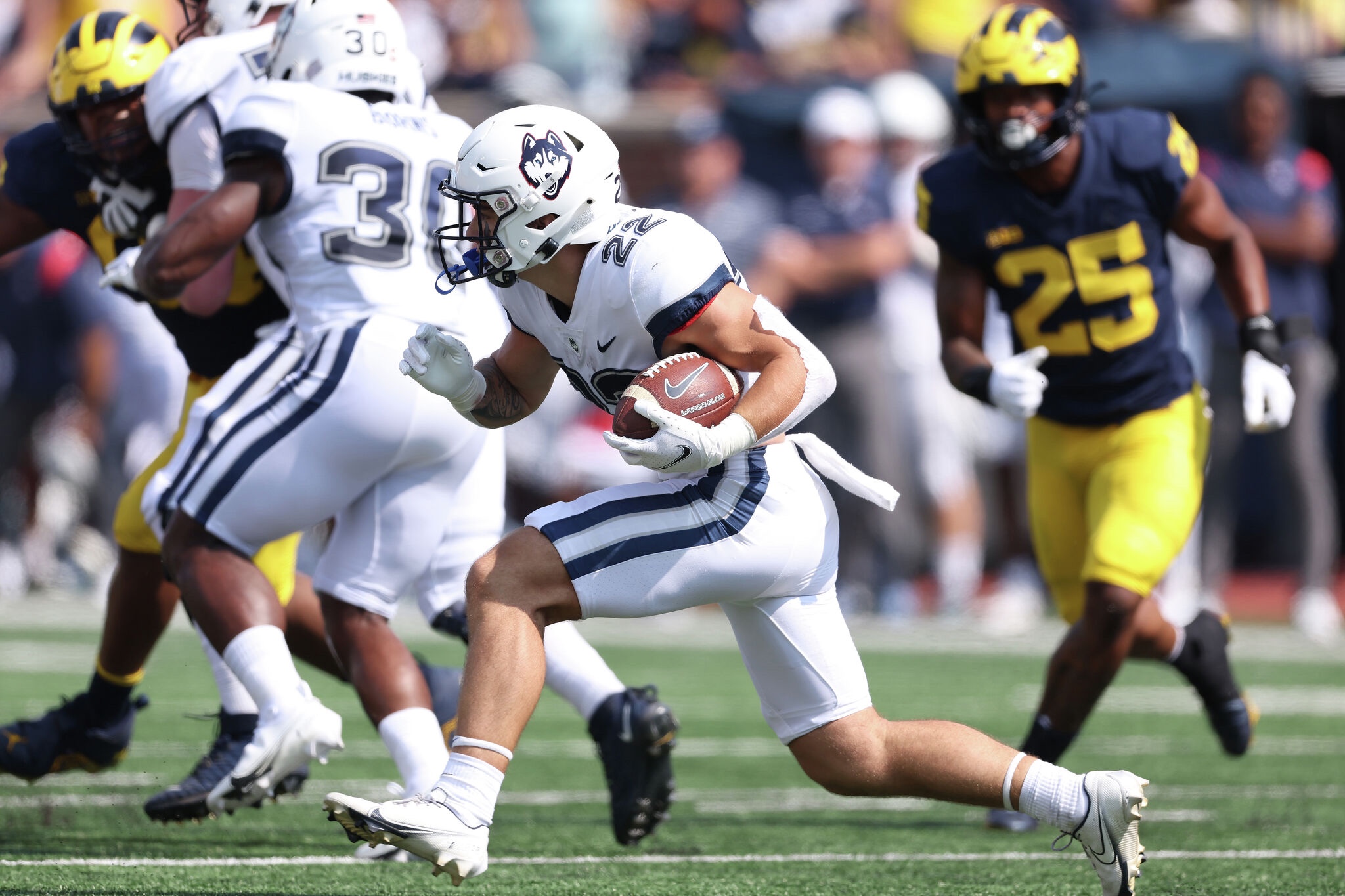 The UConn Huskies have won two in a row and are currently 3-4. With a win on Saturday versus Ball State, UConn will have won the most games in a season since 2015 when they finished 6-7.

The key to their recent success has been an improved defense and their running game. The ground game in particular has been very effective the past two weeks despite missing leading rusher Nate Carter who is out for the season.

Down to the 2-yard line!

The Huskies are currently 40th in the nation in rushing averaging 185.9 yards per game. The two headed monster of Devontae Houston and Victor Rosa combined for 224 of the Huskies 295 yards rushing in Saturday night’s 33-12 win over FIU.

Offensive coordinator Nick Charlton has done a masterful job of blending man-gap and zone blocking running schemes to coordinate one of the most potent rushing attacks in the nation.

By emphasizing the running game, the Huskies have taken pressure off of freshmen quarterback Zion Turner who has done a great job of managing UConn’s offense. Turner isn’t putting up eye popping numbers but he’s done a great job of playing within the scheme and taking care of the ball.

Charlton has also found a way to utilize back up quarterback Cale Millen’s athleticism as well. Millen is playing more in recent weeks and he is being as a passer and as a runner.

Jim Mora and his staff have done a terrific job of making this program competitive. They have used an old fashioned approach. Running the football is essential to building a good program in the northeast. If the Huskies keep pounding the rock the way they have, they could find themselves in position for a bowl bid this season.

Wouldn’t that be something?