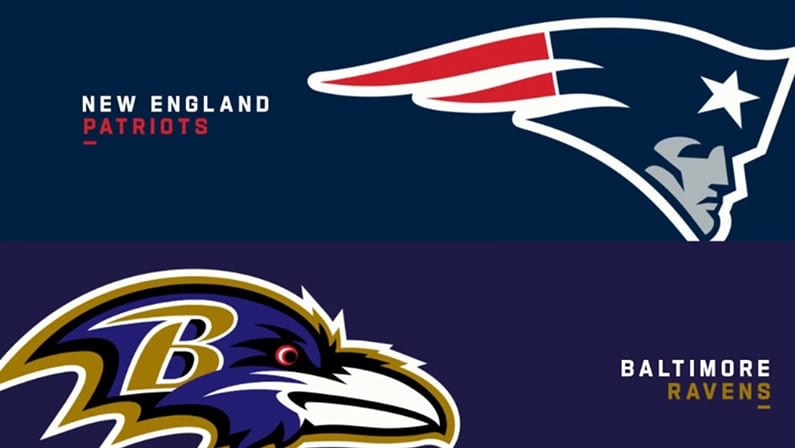 Bill Belichick called him a “MVP type of candidate.”  The Patriots will host the former MVP Lamar Jackson as they play in front of their fans for the first time this year in Week 3.

Jackson not only fits that quote from Bill Belichick but he’s also betting on himself more so than any other player has, one might say.  He is arguably the most significant talent in the league without an agent which means he his doing the negotiations for his next contract on his own behalf.  He decided to not sign an extension with the Ravens before the regular season began and is truly risking a hell of a lot in this crucial contract year to become one of the highest paid players in the league.  It shouldn’t take much to motivate a NFL player but when life changing money for generations is waiting on the other side that can raise the performance of a “MVP type of candidate” to one for the record books.

And so far it’s a solid start for the Baltimore Ravens Quarterback throwing 6 touchdowns, 531 yards through the air, and 136 yards on the ground through the first couple of weeks.  A 4th Quarter defensive collapse can be thanked for Jackson’s team not being among the few remaining unbeaten in this young season.  A loss that should infuriate them and have them ultra-focused against the Patriots.

The Ravens offense is a big play machine.

After all, they were responsible for 3 of the top 5 longest Touchdowns of Week 2.  Those touchdowns included a catch and run by Rashod Bateman for 75 yards, a Lamar Jackson run for 79 yards, and a Devin Duvernay opening kickoff return for 103 yards.  They love to get in the endzone as quick as possible, no ‘3 yards and cloud of dust’ for this team.  In fact, none of their eight TD drives have been longer than 7 plays so far in this early season.

In his regular season career as a starter when Lamar Jackson has 28 or more pass attempts the Ravens are a .500 team (11-11)

But on the flip side when Jackson attempts less than 28 passes he and the Ravens have an incredible record of 27-2.

That pretty sums it up right there!

But seriously though, take away the big play, keep everything in front of you, crowd the box on occasion and make Lamar Jackson throw a lot.  That seems like the blueprint to me.

To get a little more in-depth, the Patriots need to force the Ravens to grind it out and work hard for every scoring drive.  The Patriots bottled up Tyreek Hill for the most part in Week 1 and let him catch everything underneath.  He then turned around and faced this same Ravens team in Week 2 and blew up for 190 yards and two touchdowns that went for 48 and 60 yards.  The Ravens skill guys are not as dynamic a player as Tyreek Hill so I’d be shocked if the Patriots defense or special teams unit allows a huge play unless there is a clear miscommunication error.

Speaking of miscommunication. There was a little bit of that in Week 1 when the Patriots fell to the Dolphins, but last week things certainly looked like they were tidied up a bit.  There was no glaring blocking error or receivers not knowing the play at line of scrimmage.  I was actually impressed how fundamentally sound New England’s offense looked against the Steelers in one week’s time in comparison to the Dolphins game.  Now there’s still a lot of work to do of course, blocking the man in front of you knowing the play is just the ground level of a good offense.  Who’s going to make the play that elevates the offense?

I think this is the week for Mac Jones to sling it.  In Week 2, Nelson Agholor made a play Randy Moss would be proud of in jumping over the shoulders of Pittsburgh cornerback Ahkello Witherspoon in tight coverage.  I know it’s only been two weeks but including what we’ve seen through Training Camp and Preseason DAMN it feels good to finally see someone on this Patriots offense that has the capability of being a playmaker.  Keep giving Nelson Agholor the opportunity to be a deep threat especially after seeing a Ravens secondary get torched by Tua Tagovailoa.

At the same time credit where credit is due, Marlon Humphrey is still one of the games best cornerbacks.  Humphrey is versatile line up in front of pass catchers anywhere across the field.  I wouldn’t be surprised if Jakobi Meyers is shadowed by Humphrey the majority of the day on Sunday.  Meyers leads the Patriots in receptions and yards through the first two weeks and that will not go unnoticed by Baltimore.  Meyers is a little banged up with a knee injury however.  If he’s unable to go that’s got to mean a certain someone should be seeing the field more.

Kendrick Bourne’s presence needs to be felt in this one.  His versatility, speed, and rapport with Jones will be crucial at some point this season. He’s been the 5th WR the first two weeks and that’s quite frankly unacceptable.  Bourne is one of the team’s big free agency signings of a year ago and could absolutely make a difference in games where it’s been tractor pull for the offense to score points in the first two weeks.

Will it happen? I don’t know.

But it NEEDS to happen sooner rather than later.

It’s worth noting that Kyle Duggar was spotted at practice on Wednesday after leaving the Steelers game on Sunday with a knee injury “but seemed noticeably limited” according to Patriots reporter Mike Reiss.  Duggar has become a key cog on this Patriots defense and it would hurt to have him miss this game considering the fact the Ravens have a tight end by the name of Mark Andrews that most would say is good to quite good.  Jabrill Peppers will have to step up if Duggar is out.  Peppers has brought some… well pepper… in his hits throughout preseason and early on this year and will need to be a difference maker if Duggar can’t go.

Ravens inside Linebacker Patrick Queen is as brilliant a player as he is physically imposing.  The combination of football IQ, speed, and pure tackling skills, make him one of the best middle linebackers in the game today.  Damien Harris has come out strong to start the year and will have a challenge ahead of him in churning out crucial yards against the Ravens 3-4 defense.  Keep an eye on #6 of the Ravens and see how the 3rd year linebacker fares his second time around facing New England.

Mack Wilson made his presence felt in his 2nd game as a Patriot getting his hands on a pass attempt from Mitchell Tribusky that ricocheted into Jalen Mills’ grasp for one of the team’s two takeaways.  His quickness will be instrumental in helping contain Lamar Jackson.

Matthew Judon will face his former team for the first time and has racked up a sack in back-to-back games thus far.  Having some knowledge in how that offense runs I expect him to have one of his best games as a Patriot getting after his former teammates.

Much like Judon, the man Baltimore replaced him with, Justin Houston,  the former Chief and Colt also has accrued a sack in each game to start the year.  Trent Brown has had some protection hiccups early on but a veteran like Houston demands all your attention and focus.  Cole Strange lived up to his 1st round selection by shutting down Cameron Heyward last week and will have another tough task going toe to toe with Calais Campbell.

Kendrick Bourne sees his most snaps so far of the year and surpasses 100 yards receiving.

J.K. Dobbins returns 13 months after his devastating knee injury sustained in the 2021 Preseason and scores a touchdown.

I can see this being a relatively high scoring game with both Quarterbacks chucking it around the yard.  I think it’s time to let Mac cook and take advantage of what the defense gives him which could be the deep ball.  There’s been a lot of talk about the “50-50 ball” this week.  It would be SO Bill Belichick if Mac Jones doesn’t throw the  “give the receiver a chance” balls after talking about it this week.  If the Patriots defense is disciplined and limits the big plays I think they can pull off the win. PATRIOTS 27 RAVENS 23