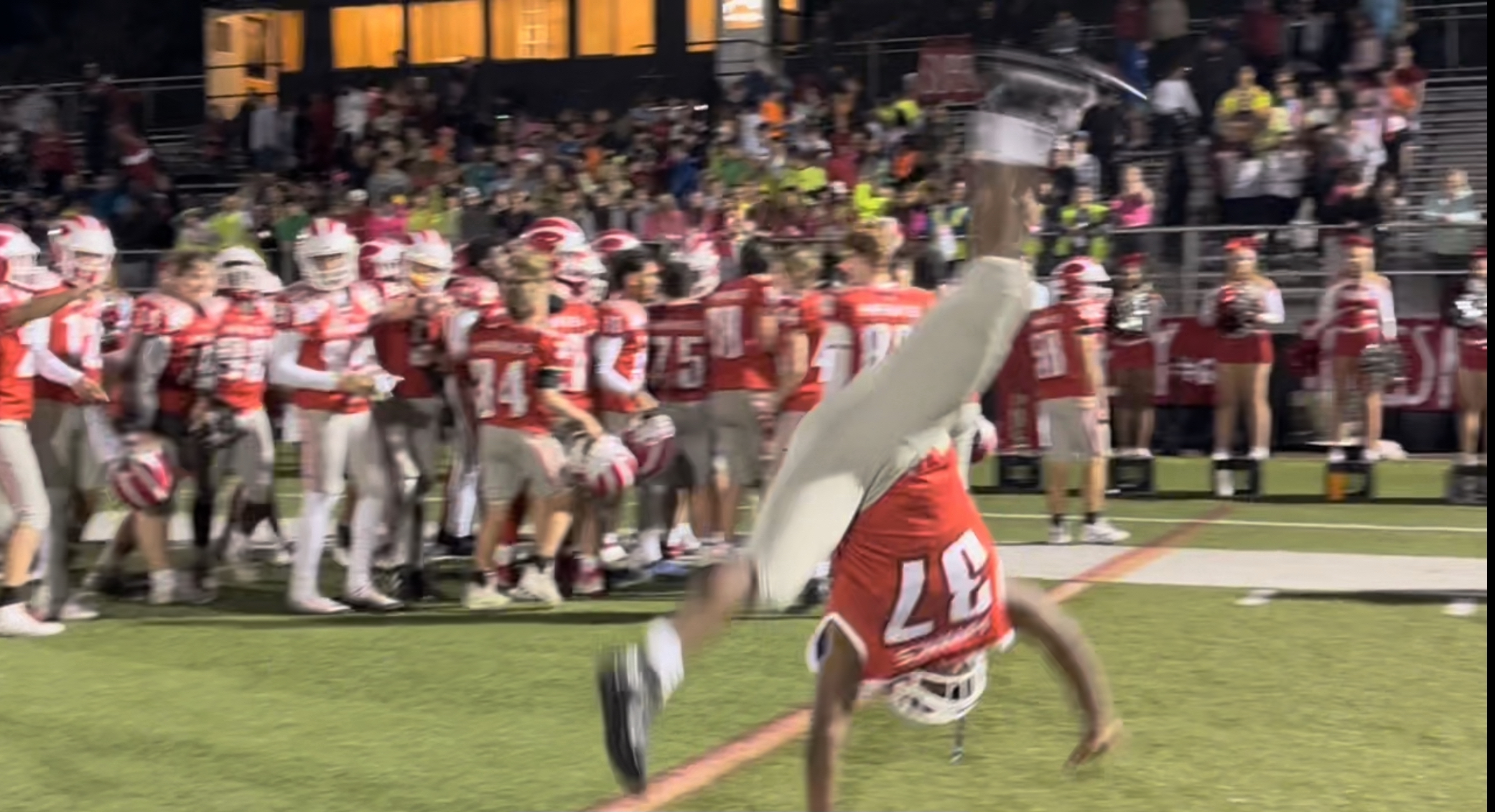 WALTHAM – If you wanted to see what a true culture shift in football looks like, all you had to do was check out the Waltham High School game at Bentley University on Thursday night.

Fittingly, some ugly weather all day cleared up right around the start of warmups, producing a picturesque fall night for football, almost metaphorically mirroring what’s going on with the program.

Waltham beat Newton South 37-7 in the first Dual County League matchup of the season for both teams. Aside from missing out on some points offensively, the Hawks left very little doubt.

Waltham is now 3-0 for the first time since 1991, a year that the team last won a Super Bowl. This group wearing the red and white has a long way to go before there can even be a thought about a deep playoff run, but the energy from the student section, size of the crowd and dominant performance was something that hasn’t been seen in the city in quite some time.

“It was awesome, great team win,” said Ty Connolly, who had three touchdowns in the blowout. “First league game we wanted to come out strong and show the league we’re not the same Waltham. It’s evident here. No matter where we’re playing, coach talks about it all the time, going through adversity, that’s just what we do.”

Head coach Sean Brackett had a rough go of things in his first season a year ago, but early on during training camp, it was clear that his vision and message was getting through. The start on the field only cements that.

“We’re going to enjoy every win, we’re going to enjoy tonight, but 6:00 A.M. tomorrow, we’re right back in the weight room and we’ll break down the film,” he said. “I don’t think we’ve had our ‘A’ game yet at all, so I’m still excited to see how good we can be.”

Bentley will have to be a big home field advantage in the few games Waltham plays there this season too. With historic Leary Field under construction, the Hawks’ home games in 2022 are taking place at Bentley, Watertown and Weston.

“I loved it,” Brackett said of the atmosphere. “We were joking around before, Leary can take its time if they’re going to let us come down here over to Bentley. It was a great atmosphere, it was senior night, we had the Superfans out here, so shoutout to the Waltham Superfans, there’s nothing better. High school football, Thursday night under the lights, playing against a good team, you just can’t beat it.”

The Hawks forced four punts in the first quarter – nine for the game – and got a 36 yard touchdown catch and run from Josh Registre for a 7-0 lead after one. Jack Renaud hit Registre on a wide receiver screen and the speedy wideout did the rest, diving for the front right pylon before Edwin Ramierz hit the PAT.

Four plays into the second quarter, Adam Chisari took a running back screen to the house from 21 yards out for a 14-0 lead. The Lions scored their lone points of the game just two plays later when Everson Quissanga hit Paxton Boyd for a 48 yard touchdown to cut the deficit to seven.

The teams traded punts before Renaud led a six-play drive that ended with Connolly catching a quick slant, juking defenders out of their socks and racing 65 yards to the end zone to go back up 14 with 2:58 left in the second. The Hawks had a chance to add more before the half, sitting pretty with a second-and-goal situation at the two, but a fumble at the goal line scooped up by Izua Anigbogu squashed that.

“It’s minor things,” said Brackett when asked what he can learn from such a lopsided win. “Bad snaps, turnovers, penalties…we’re hurting ourselves. When we’re on schedule we can be a good team, when we’re off schedule, anybody can beat us at anytime, so it’s just cleaning up those little things.”

Waltham went three-and-out to start the third quarter, but forced a turnover-on-downs at its own 37 moments later. Renaud and the offense marched downfield in 10 plays for a dagger touchdown as Connolly punched it in from the four, making it 28-7 after three quarters.

Another three yard TD run for Connolly early in the fourth made it 34-7 after a missed PAT, but Ramirez made up for it late with a 24 yard field goal to cap the scoring.

“3-0 for I think the first time since 1991, something like that…the program is in place now,” added Brackett as his players celebrated behind him. “The kids are busting their butts and the results…I’m very happy for the kids, I’m proud of the kids because they’re earning these results.