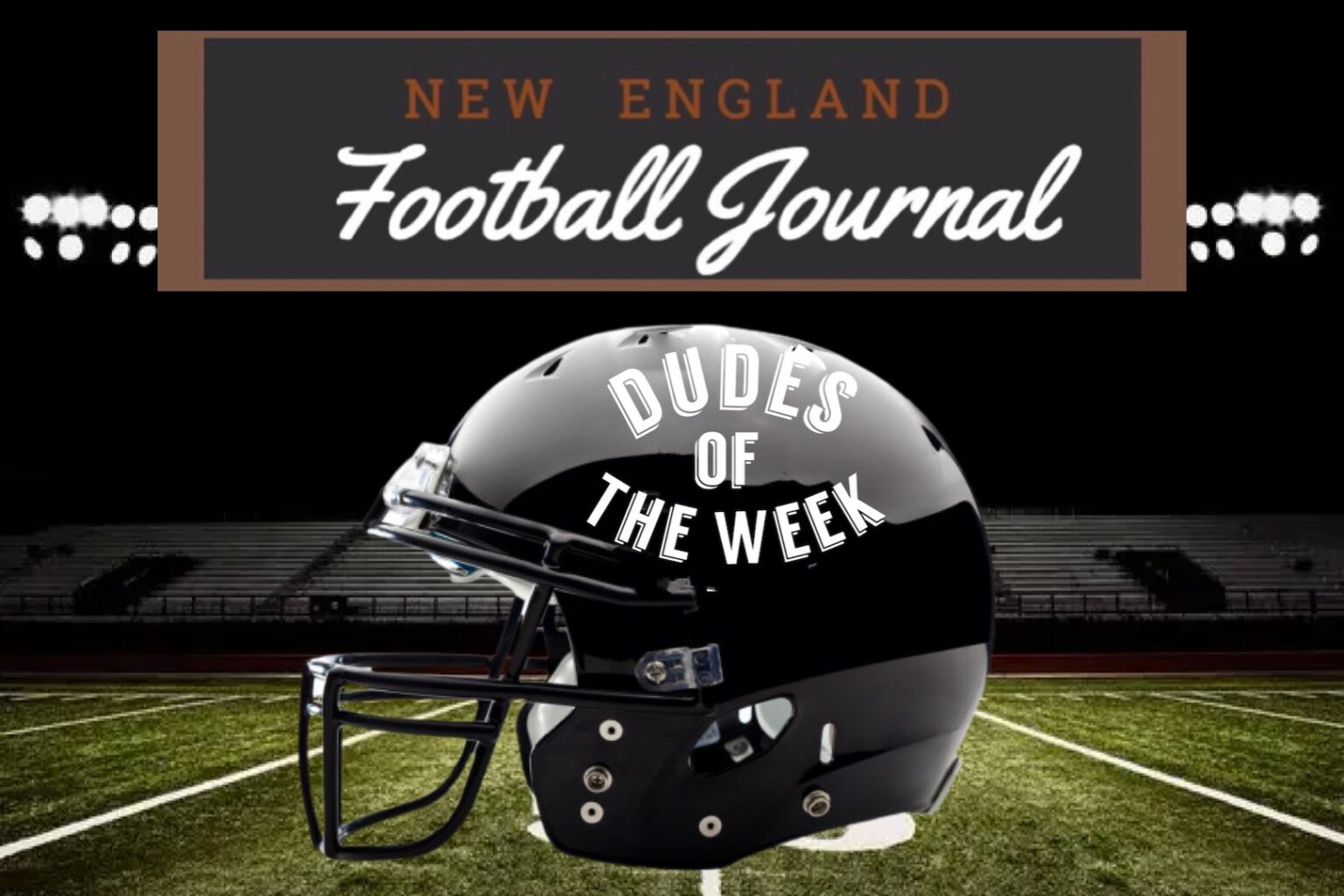 After another great week of high school football action in New England, it is time to announce our Dudes Of The Week. There were several great performances this past week throughout the region so here goes.

North Attleboro’s Chase Frisoli went 13 of 21 for 172 yards and three touchdowns, while Zack Gallagher had 12 tackles in the Red Rocketeers 27-21 overtime win over Mansfield. DUDE!

Walpole running back Andrew Falzone rushed for 95 yards and three touchdowns. He also had an interception in the Timberwolves 26-0 win over Natick. DUDE!

Duxbury’s Matt Festa had a monster game! He completed 19 of 28 passes for 376 yards and four touchdowns. He also caught a touchdown pass as Duxbury beat Scituate, 44-22. DUDE!

Plymouth South DB/WR Declan Davis had 2 interceptions and a touchdown reception in the Panthers win at Revere. DUDE!

Milford’s RB/LB Romeo Holland had a huge night. He carried the ball 12 times for 117 yards and 4 touchdowns. He also had two sacks on defense. DUDE!

Shrewsbury’s T.J Welch carried the ball 31 times and rushed for 200 yards and two touchdowns. He was also 5-8 passing for 60 yards. That’s right. He’s the quarterback! DUDE!

Running back Todd Egan was a one man scoring machine. He rushed for 118 yards and five touchdowns but that wasn’t it. He also returned a kick 80-yard for a touchdown in South Shore Voke’s 48-27 win over Bourne. DUDE!

Carver strong safety Darrian King was a one man wrecking crew finishing with 16.5 tackles, 11 of which were solo. DUDE!

The duo of Jojo Uga and Chase Hinton rushed for a combined 310 yards and five touchdowns as Weston beat Bay Path 47-20. DUDES!

Granby/Canton running back Luke Maher carried the ball 18 times for 177 yards and three touchdowns in a 35-7 win over Stafford. DUDE!