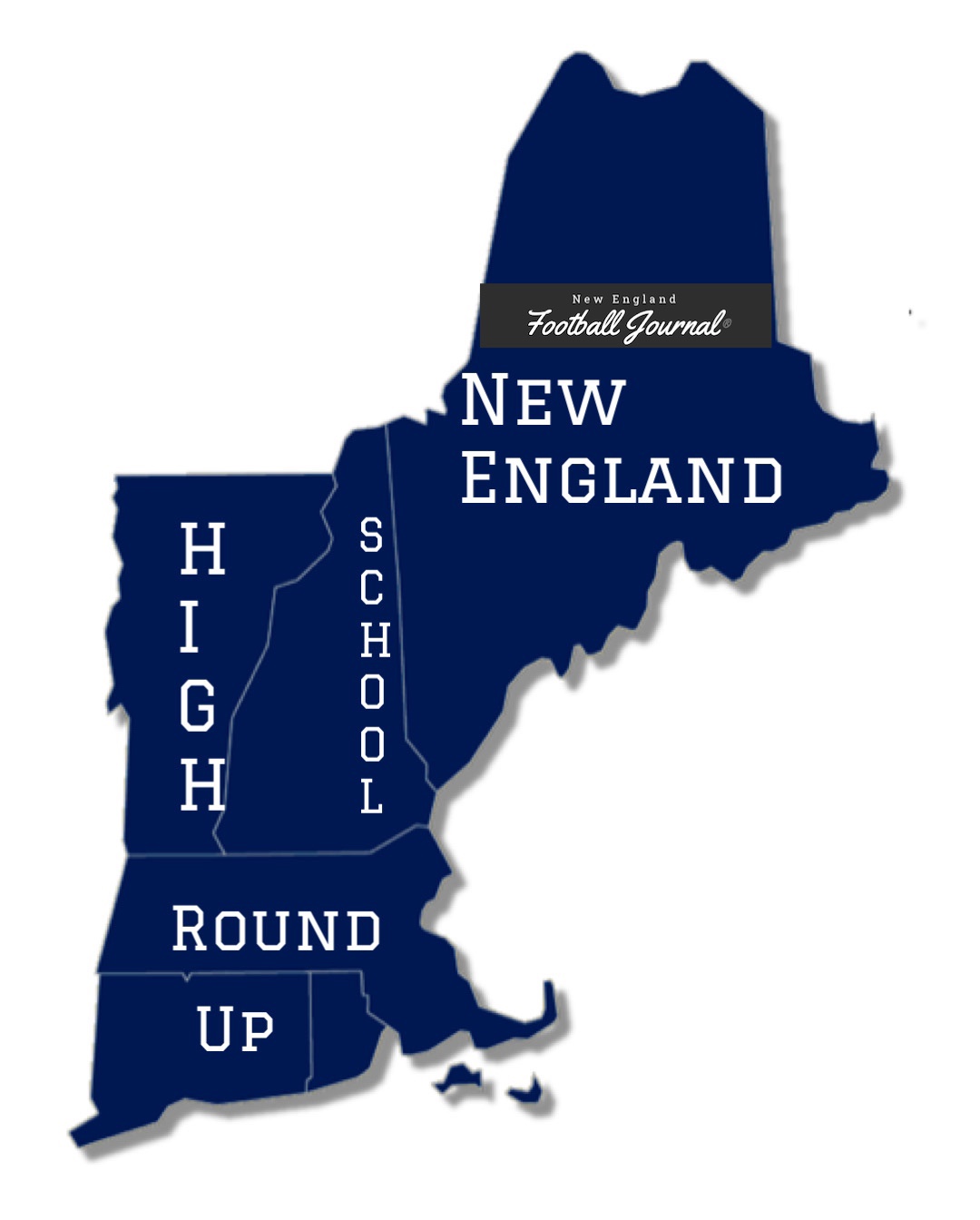 We are already two weeks into the high school season in Massachusetts and Connecticut and three weeks in Maine, New Hampshire, Rhode Island and Vermont. It was yet another great week of action.

Number one Greenwich survived a 49-42 shootout win over Ridgefield. Cardinals can score but the defense is going to need to be better moving forward.

Maloney beat Simsbury 35-13. The Spartans defense and special teams have paved the way. Now they have a big one coming up against Darian this week.

Killingly beat NFA 56-6 setting up a showdown with another state title contender, Bloomfield on Friday night.

Marshwood lost a stunner to Scarborough 29-28. The Hawks are now 1-2 on the season.

Thornton Academy is also 1-2 after losing 16-10 to Bedford, N.H. The Spartans off of a tough start despite having a good summer and looking like one of the state’s top teams.

Leavitt beat Lewiston 53-21. The Hornets are now 4-0 but it has been an impressive start. They are averaging 48.5 points per game thus far.

Oxford Hills had an impressive 34-3 win over Sanford. The Vikings travel to Portland this week.

Springfield Central continued to roll after a 56-12 win over B.C High. After the game, defensive end Josiah Griffin announced his commitment to Boston College where he will join his brother Joe.

Central Catholic beat St. John’s Prep 17-7 in a game that was tight the whole. The Red Raiders have played spoiler in this rivalry in recent years. There’s a good chance these two see each other down the road again.

Walpole Football is back! The T-Wolves beat rival Natick 26-0. Walpole’s skill group is really establishing itself as one of the best in the state.

Duxbury avenged their Super Bowl loss to Scituate on Friday night with a 44-22 win. Quarterback Matt Festa continues to put up big numbers.

Bishop Guertin crushed Goffstown and travels to Merrimack this week. The Cardinals have been dominate thus far and look like the best team in the state.

Londonderry bounced back after beating Wyndham 30-14. The Lancers travel to Pinkerton this week for a showdown with the undefeated Astros. Pinkerton beat Alvirne 42-6 this past weekend.

Gilford-Belmont remained undefeated after beating Bow in a shootout 52-33. The Red Raiders host Pembroke this weekend.

Spaulding edged Portsmouth 12-10 to remain undefeated. The Red Raiders have been a great story thus far on the young season. They travel to Dover this week who is also undefeated.

Bishop Hendricken beat North Kingstown 28-21 in one of the best games of the season thus far. The Hawks used their ground game to salt the game away in the second half.

LaSalle lost 47-7 to Catholic Memorial. CM is a wagon. They were very impressive in their 2022 debut. It is almost unfair how much talent they have. The Rams were also without four of their top five players so that didn’t help.

East Providence is off to a 2-0 start after beating a good St. Ray’s program. The Townies have a big one this Saturday when they travel to Cumberland who is also undefeated.

Woonsocket and Coventry are both off to 2-0 starts. The Villa Novans and Oakers have been nice stories thus far this season.

Burr and Burton is back as the top program in Vermont. The Bulldogs are 3-0 after an impressive 48-14 win over Rutland.

Bellow Falls improved to 3-0 after a 28-13 win over Mount Anthony. The Terriers are averaging almost 40 points per game.

Windsor is also 3-0 on the young season. The Yellowjackets have been impressive thus far. They Milton 46-6 this week and play Rice Memorial on Saturday. They are picking up were they left off last season after finishing undefeated and winning a state title.

The Falcons of North County Union improved to 3-0 with 35-13 win over U-32. NCU takes on a talented St. Johnsbury Academy squad this week.