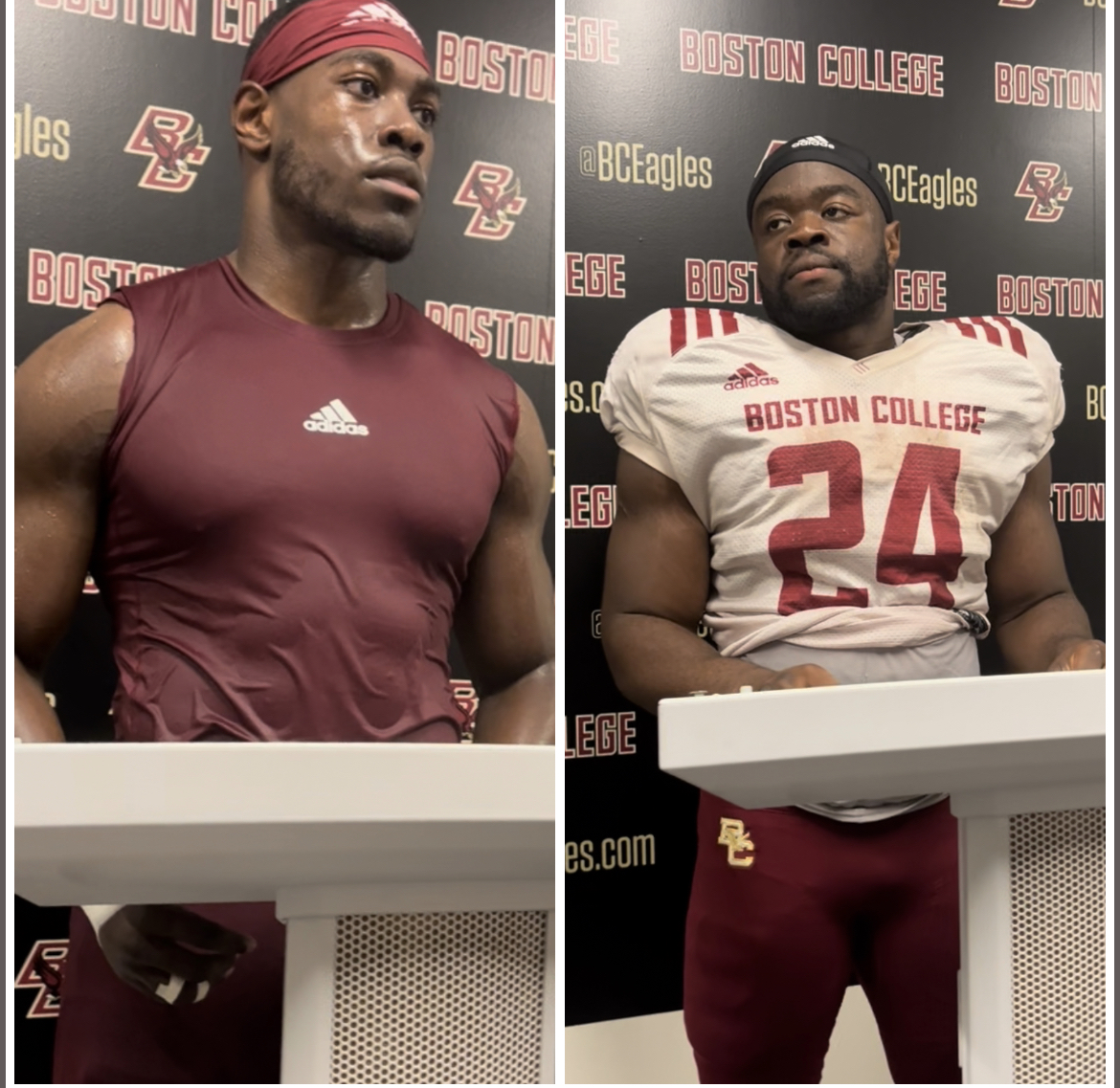 CHESTNUT HILL – For decades, Florida State has been one of the toughest places to play in all of college football, even with the Seminoles going through some down years.

On Tuesday morning, Fish Field House sounded a bit like Doak Campbell Stadium as head coach Jeff Hafley had his team preparing for the noise it’ll hear on Saturday night. There wasn’t 79,000 screaming, hammered college kids and fans inside practice, but the “war chant” was blasting as BC ran its offense.

The first road test of the season at Virginia Tech didn’t end well, but there are few places better than Lane Stadium for a team to experience a rowdy atmosphere. So, can that road trip help with this week’s preparation?

“Yeah, experience,” Hafley said during his availability on Tuesday when asked if there’s anything that can be used from that week. “What went well in the game, what we needed, what we didn’t need. I’m assuming it will be just as loud, if not louder. I think the stadium is bigger, I’d imagine a night game, sellout for them, obviously the music from the band, they’ll be doing their deal the whole game.

“Just the comfort level we had with what we did, were there any changes to it that we feel like we need to do better? Just the experience of already doing it once this year, hopefully that will help, but we’ve cranked it (noise in practice) up again.”

Ultimately the players on the field are the ones that have to deal with the environment the most. Defensively, the Eagles were very much in the game against Virginia Tech because of the way that unit played. One of the leaders of that group, Kam Arnold, knows if they execute then that noise will be far less of a factor.

“Defense, we’re preparing all week, we know they’re going to do the chant, how rowdy it gets down there, so our biggest thing is just to quiet the noise,” he said. “Just go down there and execute.”

Obviously, the Eagles’ offense is where the noise will be an issue the most, especially for an O-line that’s still growing on the fly. One thing that will be imperative for the Eagles is building off the final scoring drive against Maine, where Pat Garwo looked like the 1,045-yard rusher he was a year ago, thanks in large part to the guys up front.

“It builds a lot of confidence,” Garwo said of the final drive. “It builds confidence that we can finish games if we do the right things and put it together. Now, we’ve just got to take the next step…it felt great. Being a part of it by scoring, I’m excited we got on the winning end and I was able to get in the end zone twice, so it felt great.”

As for the first road trip, Garwo believes that experience should also help guys understand how important this week’s preparation is.

“We’ve just got to zone in more and execute,” he added. “Hostile environment, we’ve just got to execute on a higher level and that’s something we’re emphasizing, so we’re trying to take the next step in that sense.”