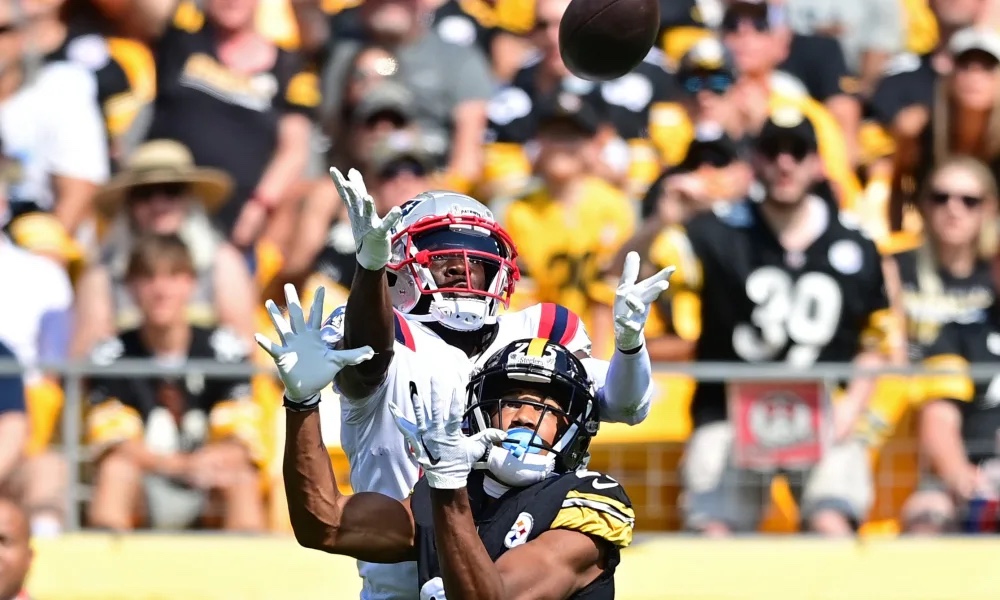 Much has been made of the Patriots updating their offense after the departure of Josh McDaniels and most of it hasn’t been good. That’s understandable given lackluster performances in training camp, the preseason and Week 1 against Miami.

Even in the Week 2 win in Pittsburgh that featured a much better offensive performance, there were still frustrating missed opportunities and pre-snap penalties. However, one player that has definitely benefitted from a streamlined offensive approach is Nelson Agholor, who through two games is looking the best he has as a Patriot.

Agholor came to New England in the free agent signing frenzy of 2021 after posting a 48 catch, 896 yard (18.7 ypc), eight touchdown season with the Raiders in 2020. His first season with the Patriots was a disappointment. Agholor caught only 37 passes for 473 yards and three touchdowns. He never looked comfortable in the offense and some within the organization felt he couldn’t fully grasp the Patriots complex passing attack as well other newcomers Kendrick Bourne and Hunter Henry.

Thus far in 2022, Agholor seems more comfortable in the offense and the Patriots are making more attempts to get him the ball quickly and in space. His fumble against Miami was a costly and unacceptable error, but his three catches for 28 yards, though modest, was an early sign that the Patriots were going to try to involve him more. Against the Steelers, Agholor was truly a featured part of the game plan for the first time since joining the team. He had six catches for 110 yards including a terrific 44-yard touchdown catch late in the second quarter.

The Patriots offense still has a LONG way to go, but Agholor living up to the contract he signed in 2021 would be a huge benefit. So far, the signs have been encouraging. The issue now is getting the rest of the operation as comfortable as Agholor seems to be.