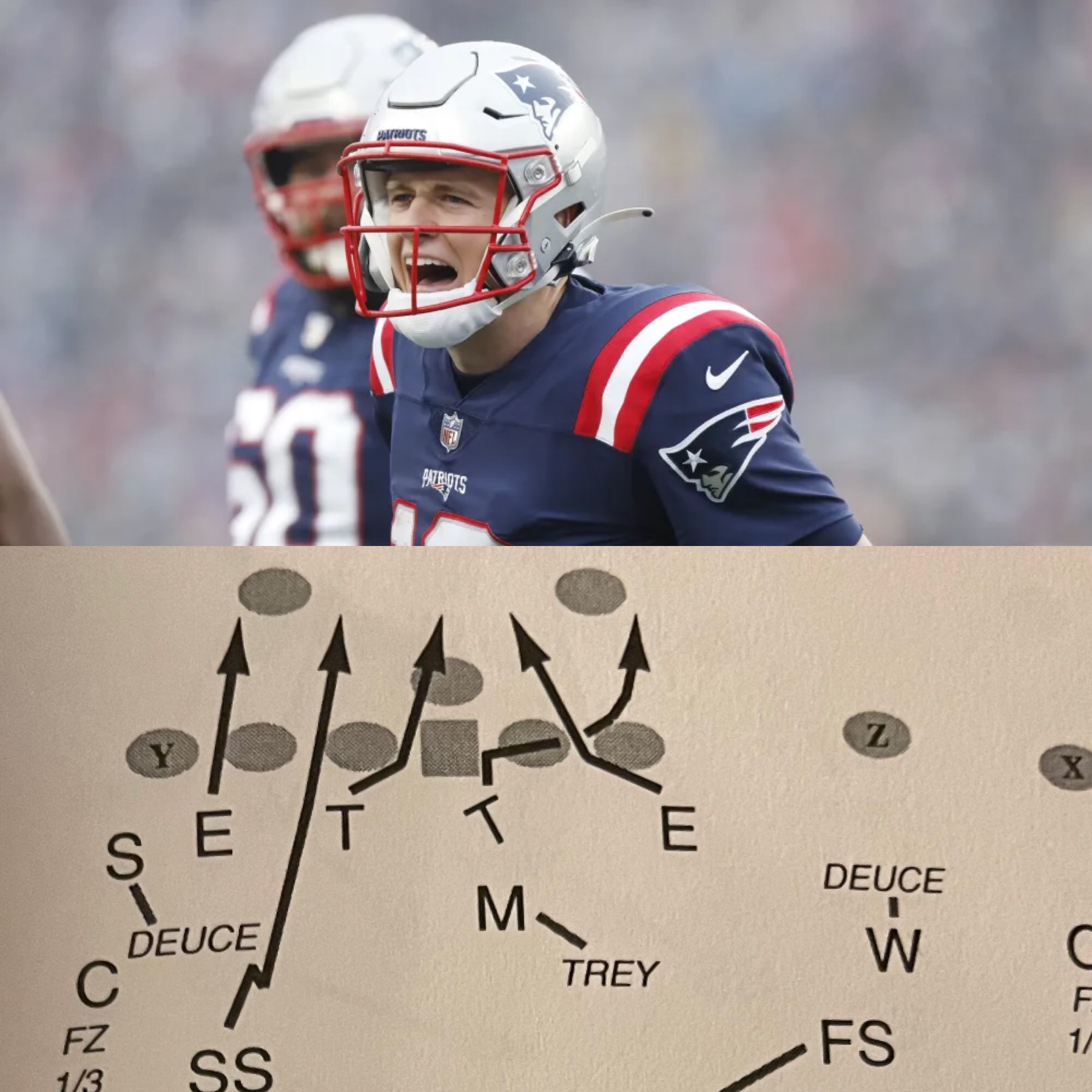 The Pittsburgh Steelers are known for playing great defense throughout their history. In more recent years, the Steelers were known as “Blitzburgh” because they blitzed so much. Truth be told, it is not that they blitzed a lot. It is about how they did it.

Former defensive coordinator Dick LeBeau didn’t bring the house every time he called a blitz. In fact, he would normally bring five on most pressures. It is how he did it that made the Pittsburgh zone pressure package so effective.

Fast forward to this season and the Steelers are still using many of the same zone blitz concepts in their defense today.

The Steelers defense is still predicated on alignment, movement and creating confusion. You saw it first hand last week against the Bengals.

Talking Steelers defense. What Mac sees pre snap and what he gets post snap will be two different things today. Pittsburgh is known for blitzing but what they should have been known for all these years is their ability to disguise and confuse. Do it better than any other team. pic.twitter.com/zNuWhej29e

The Steelers opened the game in nickel and were in their 2-4-5 package. Pre snap they lined up in what appeared to be Cover 2. They bluffed linebacker Devin Bush as if he was coming in either A or B gap. On the snap however they rotated to 3 Match and Bush bailed. They only brought four on first down but did so much pre snap to cloud Joe Burrow’s read that they forced him to hold the ball which resulted in a sack. Between the rotation, bluff and wide alignments by the outside linebackers, Burrow didn’t really know where to go with the ball. 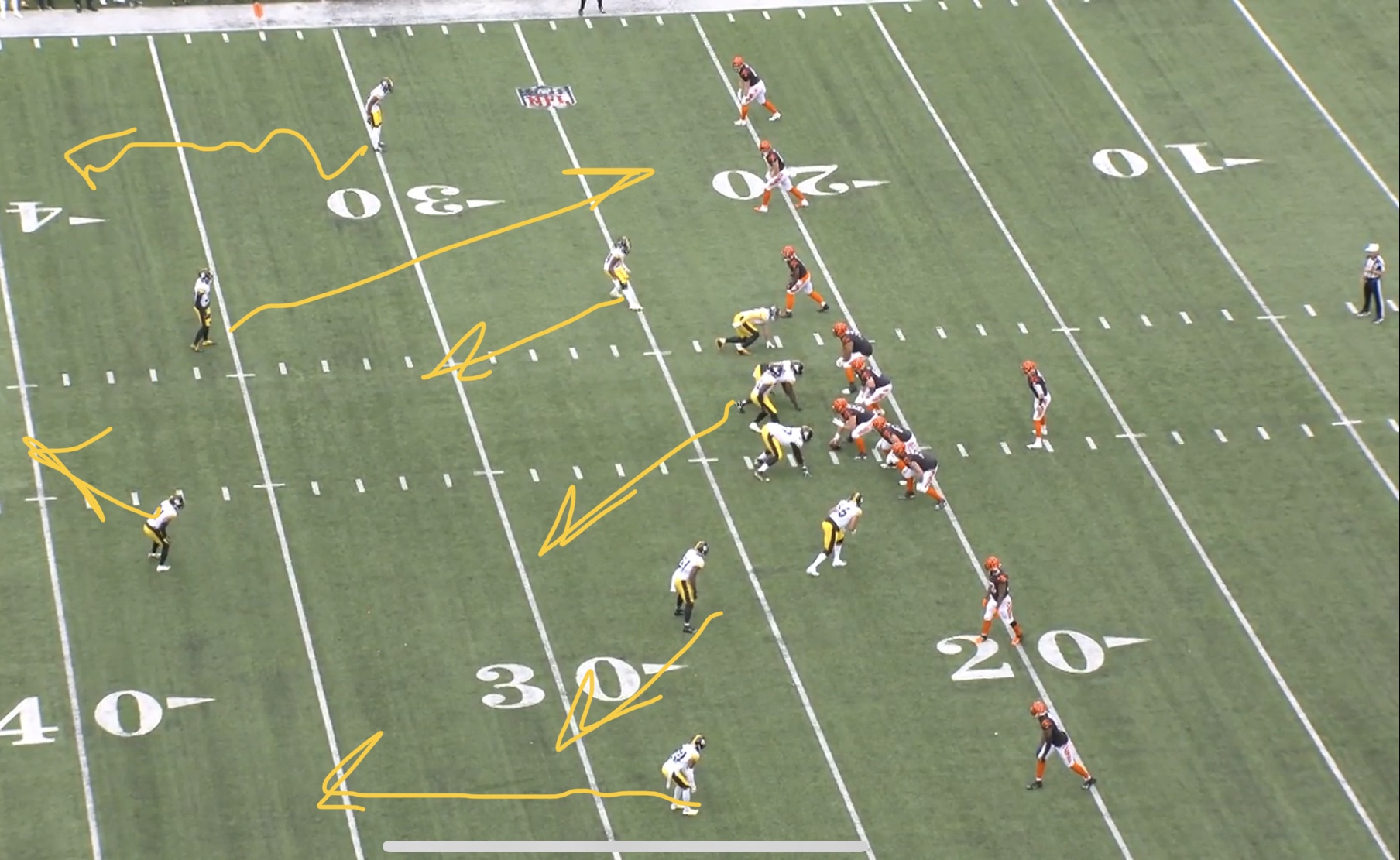 On the very next play, the Steelers confused Burrow again but this time it was disastrous for the Bengals. They bluffed the rotation and dropped to Cover 2. Pre snap Burrow thinks they are going to rotate again so he decides he is going to throw the out cut which was his primary route against Cover 3. The problem is, the Steelers baited him into a bad decision with their disguises. They showed rotation but dropped off to two. The end result was a pick six. 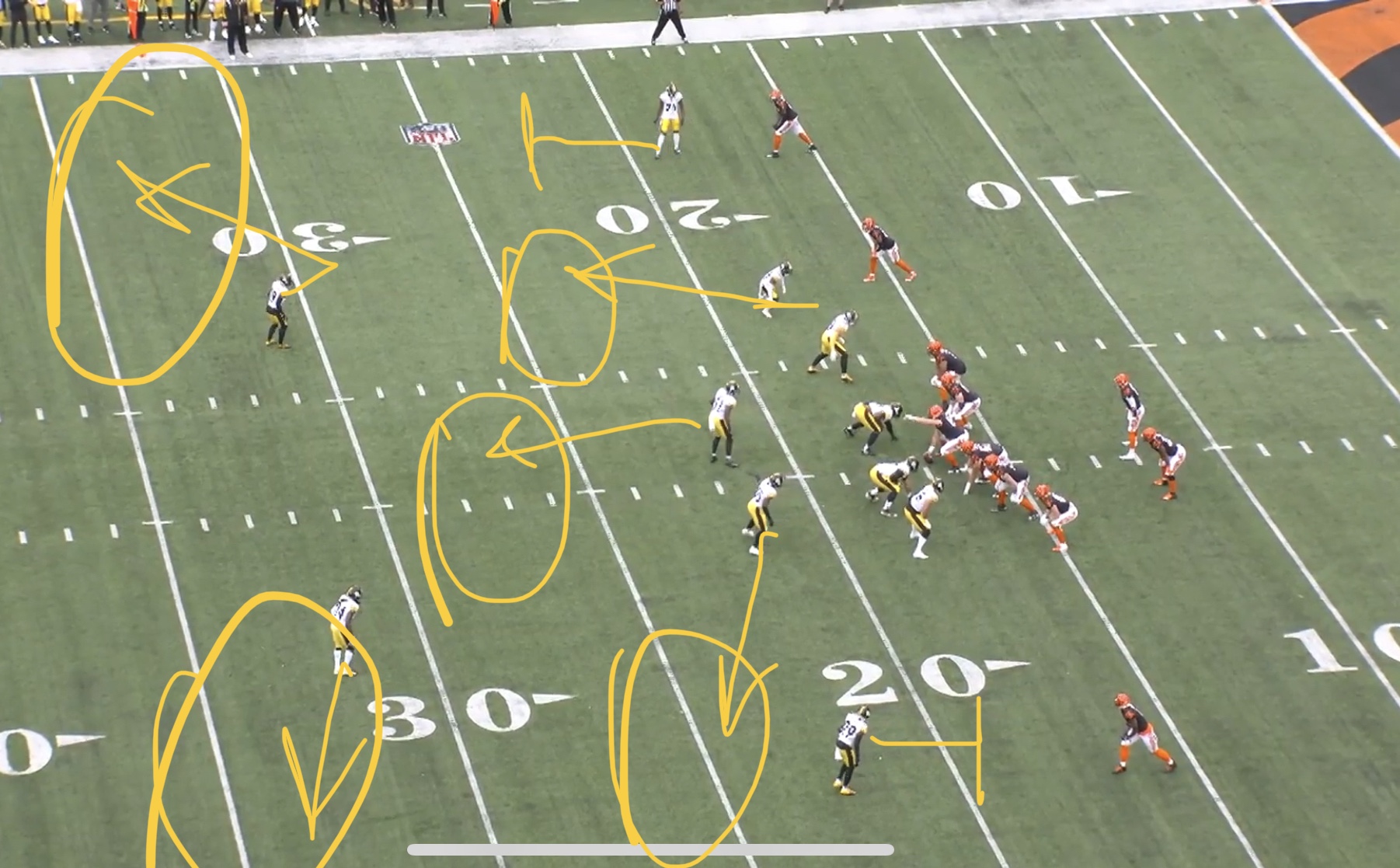 The Steelers will do the same to Jones today. He has to understand that what he gets pre snap will be different from what he sees post snap. He has to take what the defense gives him post snap. He can’t assume anything pre snap. It’s a false read.

If they are not on the same and the protection isn’t good, Jones will get hit a lot and the Patriots are in for a long afternoon.

Either way, Jones and the offense will have a lot to process today. In many ways, they have to win the mental battle in order to win the physical battle.