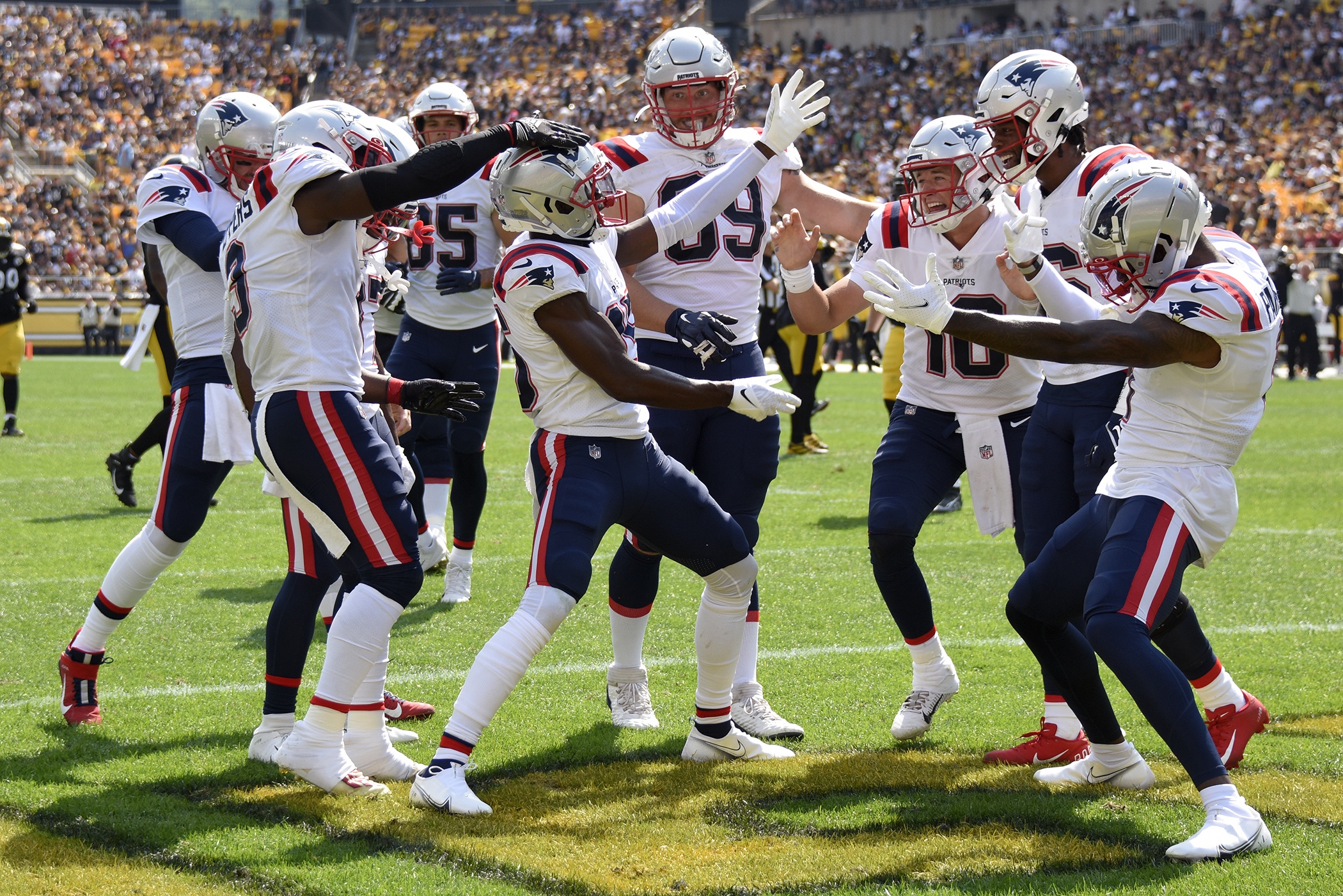 The final 6:33 of Sunday’s 17-14 win over the Steelers should give Patriots fans quite a bit of hope, even though the second game of the year still left a lot to be desired offensively.

Clinging to a three-point lead, New England used 13 plays to run out the entirety of the remaining clock, dominating the Steelers up front while Damien Harris and Rhamondre Stevenson iced the game on the ground.

Good teams close out the game when they have the opportunity. The Patriots still have plenty to clean up, but the final drive was a sign that not only is Matt Patricia getting more comfortable as a play caller, but that the Pats may be developing that killer instinct when they need it.

“It was great to be able to hang on to the ball at the end there. And our backs ran hard, and our line gave them some space to run,” said Bill Belichick. “We were able to control on, what was it, three first downs or whatever it was. I think it was a little over six minutes when we got the ball.So, yeah, that’s the way you want it, kneeling the ball. That’s the best way to win. So, they did a great job.”

After a Pittsburgh punt opened the game, New England responded with a 13-play, 71 yard drive that ended with a 28 yard Nick Folk field goal for a 3-0 lead. Nine plays later, Jalen Mills picked off Mitch Trubisky after Mack Wilson – who made an impact often on Sunday – made a great play to tip the ball and Mills came down with it. The play came moments after Mills appeared to get a forced fumble that Josh Uche picked up and returned for a TD before it was reviewed and overturned.

Mac Jones (21-of-35, 252 yards, 1 TD, 1 INT)) relied heavily on Jakobi Meyers (9-95) and Nelson Agholor (6-110-1 TD)) all day and they delivered, but Jones gave it right back with an interception of his own moments later when he forced a ball downfield to DeVante Parker that Minkah Fitzpatrick took advantage of. Trubisky and the Steelers needed 16 plays to move 48 yards and ultimately settled for a field goal with 0:07 left in the first quarter. After trading punts, the Patriots took over at their own 26 with 3:08 to play in the second.

On third-and-three at the Steelers’ 44 yard line, Mac Jones lofted a ball deep down the right sideline for Agholor, who Moss’d his defender, went up and grabbed the ball then finished the play in the end zone for a huge touchdown that made it 10-3 at the half.

“We’ve worked on that play through the offseason and 50/50 balls,” said Jones. “And he’s one of those guys that I put in the throw it up to him category. And he’s going to have make the play. So if it’s one-on-one, I’ll give him a shot. Obviously, had time with the offensive line and I think all our receivers can do that, if they’re one-on-one, I’m going to give them a chance. Different philosophy, but that’s what we need to do.”

The Patriots squandered an opportunity for the old school double score at the end of each half when Folk missed a 52 yard field goal with a little over nine minutes left in the third. The Steelers answered with a field goal drive to cut it to 10-6, but momentum was about to shift again.

New England was forced to punt on the ensuing possession, but old friend Gunner Olzeweski muffed the punt and Brendan Schooler jumped on it at the Steelers’ 20. An unnecessary roughness call after the play moved the ball to the 10 and Damien Harris (15-71-1) scored three plays later to push the lead to 17-3.

“I told him after the game, I didn’t want the touchdown that easily, but if he’s going to give it to me, I’ll take it,” Harris said with a big grin.

Pittsburgh responded with a nine-play, 75 yard drive that resulted in a Pat Freiermuth eight yard TD reception and a two point conversion just two seconds into the fourth quarter. The teams traded two punts each the rest of the way before the final clock-killing drive. Matt Judon recorded a big sack on Tribusky and a bigger play in coverage against Najee Harris to help force the Steelers into one of those punts.

The final 6:33 was a clinic in play calling, offensive line play, running backs running hard and, it was the type of drive that championship teams put together. Now, New England comes home for Vince Wilfork Hall of Fame weekend and the home opener against a Baltimore team that lost a shootout to Miami.

“This offensive line man. We got to third-and-three at the end of the game right there; you are going back to the huddle thinking “oh man I hope they call a run here.” Then we went back to it and finished it. As an offensive line it felt really good to finish the game that way and come out of here with a W [win],” added David Andrews.