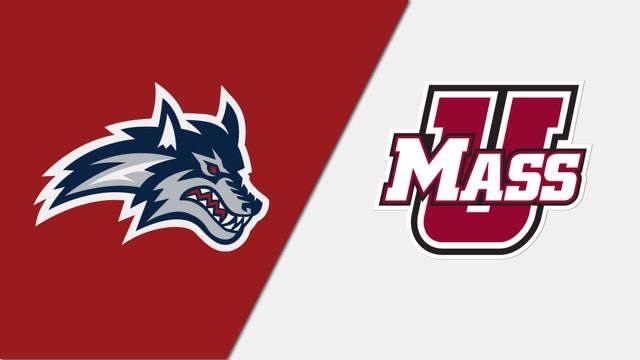 Kickoff: UMass returns home for the first time this season to take on FCS opponent Stony Brook on Saturday afternoon in Amherst. After a combined score of 97-20 in their opening two games against Tulane and Toledo, the Minutemen come into this one licking their wounds, but remain optimistic they can earn Don Brown his first win since his return to campus.

1st Down: Quarterback will again be the focus on Saturday for the Minutemen, as they’ve yet to get any consistent play so far from either Gino Campiotti or Brady Olson. While Campiotti has seen the lionshare of snaps, mainly due to his ability to run the ball, it’ll be intriguing to see whether Zamar Wise gets his first snaps of the season. Wise offers a similar dual-threat skill set to Campiotti, and showed his speed in his few appearances last year. It’s important for UMass to figure out who the guy is going forward for consistency’s sake, and this could be the game to do that.

2nd Down: Running back Ellis Merriweather was the lone bright spot in 2021, and carried much promise coming into this season. However, it’s been Indiana transfer Tim Baldwin Jr. who has turned heads more in the opening two games. Baldwin Jr. has outgained Merriweather on fewer attempts and averaged more yards per carry, though neither have scored a touchdown yet. While Merriweather is still the favorite, especially among fans, having Baldwin Jr. beside him should help open things up for the Minutemen. In Stony Brook’s opening loss to No. 14 Rhode Island, they surrendered 151 total yards on the ground, an average of 4.3 yards per carry, and two touchdowns. If this combo can continue to build momentum together, they might be able to exploit the Seawolves.

3rd Down: Dual-threat quarterbacks are not a friend to the Minutemen defense who’ve been far too comfortable this season. Toledo’s Dequan Finn rushed 7 times for 74 yards and two touchdowns last week, while Tulane’s Michael Pratt had 7 carries for 55 yards and a touchdown the week before. Both weren’t totally outstanding through the air, much to the Minutemen’s credit, but they have to do more to prevent that running option. Stony Brook’s Joshua Zamot was an unimpressive 6 of 16 for 74 yards and an interception through the air, but had 15 carries for 83 yards on the ground against Rhode Island, so the Minutemen will get a third crack at solving their dual-threat woes.

4th Down: Penalties, penalties, penalties. Last week the Minutemen were whistled 14 times for 133 yards, and the week before 7 times for 77 yards. They need to be far more disciplined on all sides of the ball to not give away yards to their opponents, who come Saturday afternoon, take on a Stony Brook team that only had two penalties of their own against Rhode Island. Perhaps being more comfortable on home turf might help the Minutemen in more familiar surroundings.

Extra Point: This is only the fourth time these two teams will have met, with UMass leading the series 3-0. Even though the Minutemen were stalwarts of the FCS level before their jump in 2012, the Seawolves have only been Division 1 since 1999 when they joined the Northeast Conference. Had UMass stayed in the FCS, however, they’d be conference-mates with Stony Brook who now reside in the Minutemen’s old home, the Colonial Athletic Association.

Final Drive: When UMass AD Ryan Bamford announced this game in September 2019 in former Head Coach Walt Bell’s first season, without question at that time no one knew or anticipated just how big this game would end up meaning. By now, fans were hoping year four of the Bell experience would have this game be your typical FBS-FCS tune up for the rest of the season. Alas, with a new head coach, an 0-2 record, and questions swirling even more about the idea of FBS football on campus, a loss could be catastrophic for the Minutemen. Stony Brook are by no means an FCS power, but since 2006 when he took over, head coach Chuck Priore has a consistent program that will be motivated to take down a limping FBS opponent at home. As frustrating as it is for UMass fans, this game will be close and uncomfortable, albeit leaning towards a Minutemen win if they can finally play consistently.