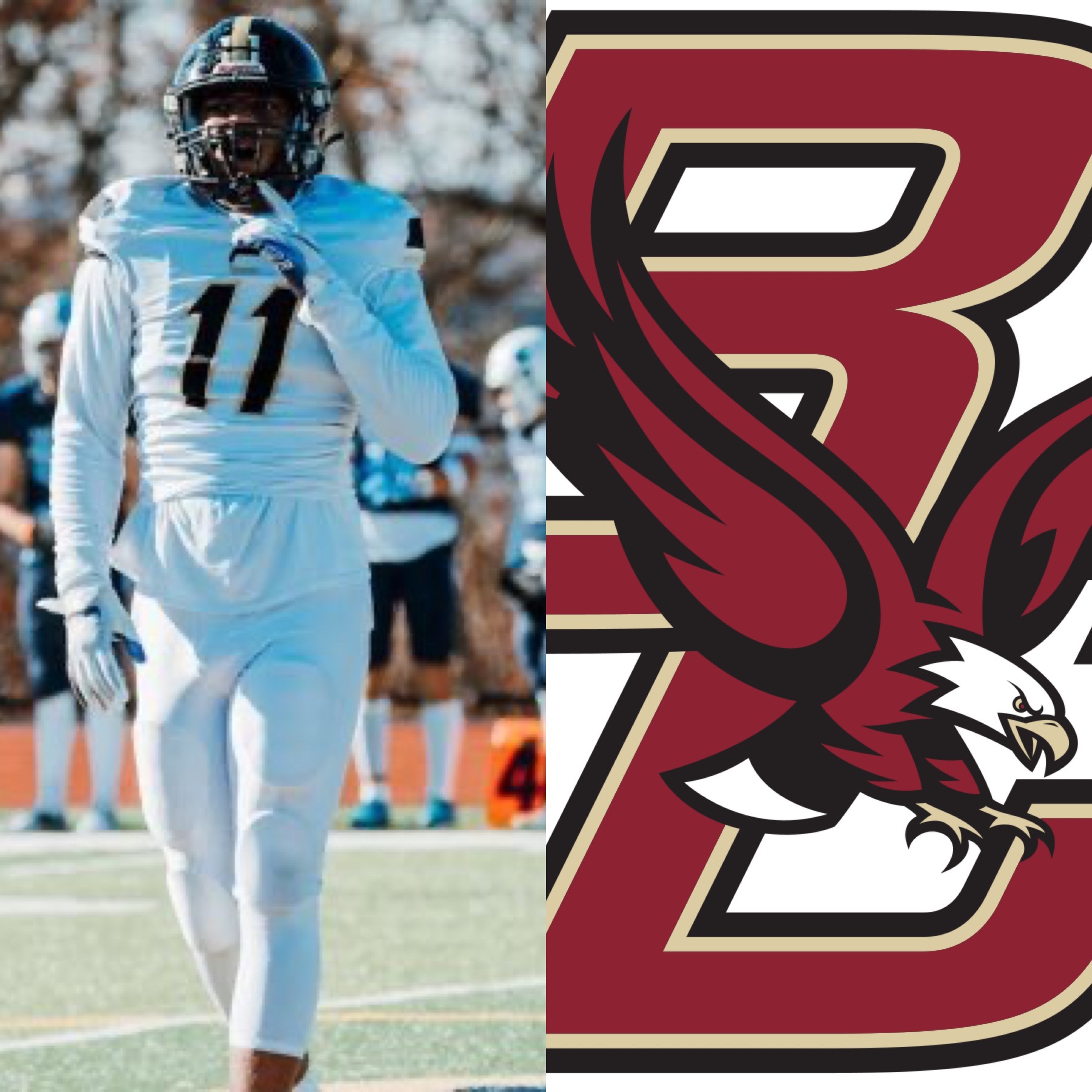 Griffin will be joining his older brother, Joe, on the Eagles roster next season.@MassLiveHS pic.twitter.com/2aq572jhkT

Griffin will be joining his brother Joe who is currently a freshmen with the Eagles. Josiah had 15 total offers. UConn, UMass, Temple, West Virginia, Harvard, Yale, Maine, Brown and Bryant were among the schools that had offers on the table for Griffin.

At 6-4 235, Griffin has good size and outstanding length. He is explosive on the snap and is a natural bender who can play along the line of s rummage and make backside plays.

It was widely expected that Griffin would join his brother at the Heights but he took his time in making the decision.

Despite starting the season 0-2, it has been a good week on the recruiting front for the Eagles. On Wednesday they got a commitment from St. Frances Academy (MD) running back Durrell Robinson.