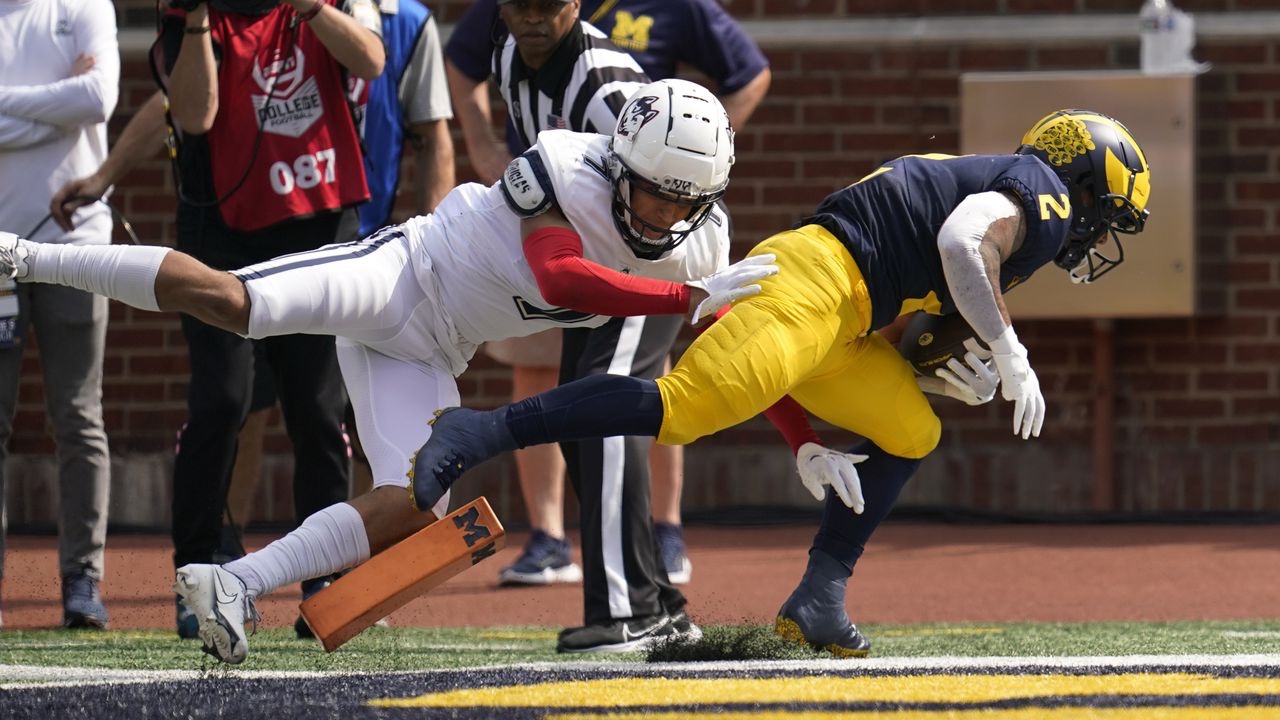 AP Photo/Paul Sancya
It was not an easy experience for UConn when the Huskies went to the Big House in Ann Arbor to play Michigan.

The host Wolverines got after it early and often and rolled to a dominant, 59-0 win. The loss dropped UConn to 1-3 on the season.

The statistics, as you would expect, did not play out in UConn’s favor. The Huskies earned just sis first downs to Michigan’s 26. They had just 86 rushing yards on 33 carries (2.6 yards per attempt), while Michigan had 192 rushing yards and six touchdowns on the ground. Michigan running back Blake Corum had five of those scores. And Michigan outgained UConn through the air by a 273-24 margin.

This was not unexpected, although maybe a little bit worse for UConn than maybe would have been projected.

After the game, UConn coach Jim Mora was matter of fact.

“Tough loss. Really good football team obviously, a team that will be contending for the national championship,” Mora said. “They served it up pretty good to us today. Thing I was proud of was the attitude and the effort of our young men. They kept fighting. This is not the situation where you’d like to say you got to play a lot of young guys. You would like it to be in a situation where you were up, 59-0.

UConn has another tough test next week with a trip to NC State. Mora is hoping this experience helps prepare the Huskies for that.

“We’ve got to go back to the drawing board,” Mora said. “We’ve got to continue to work hard, to believe we can make progress regardless of the score. We’ve got to stay together, believe in each other. Trust each other, support each other, hold each other accountable to our standard. And that’s what we’re going to do. It’s a really good group of young men. They are determined to find a way. They’re determined to maximize their abilities. I think this can be a game, as disappointing as it was, that we can grow from. That’s what we’re going to focus on.”