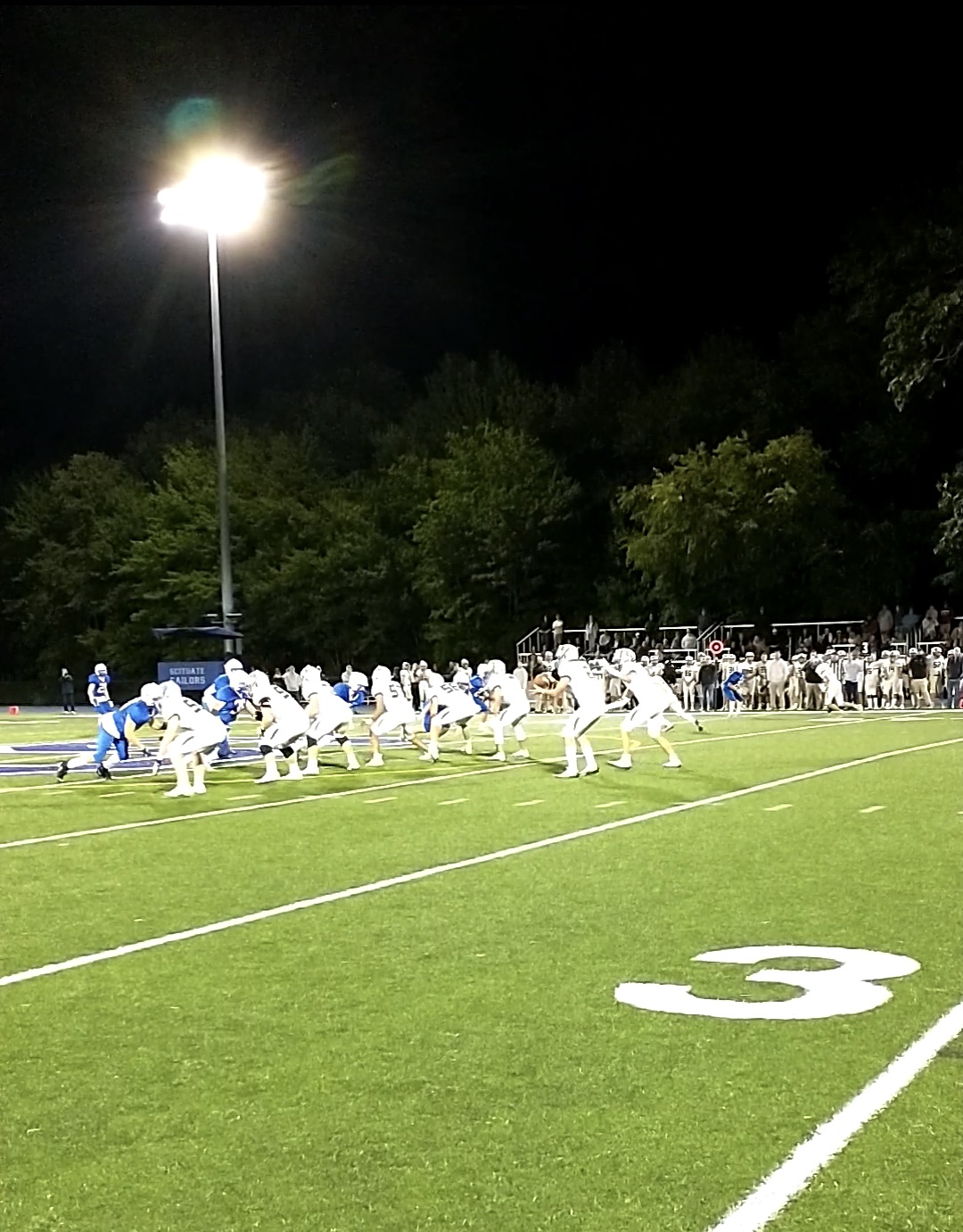 SCITUATE – It was a rematch of the 2021 Massachusetts Division 4 Super Bowl Friday night as the Duxbury Dragons took on the Scituate Sailors at Scituate High School.

Duxbury couldn’t get a state title with a win on Friday, but they certainly got a bit of revenge with a dominant 44-22 victory, led by senior QB Matt Festa.

Festa was just about flawless as he was finding his receivers continuously throughout the night.

“We kept throwing the ball to the outside and our receivers were making plays,” Festa said post game. He finished the night with four TD passes, two of which were to senior Chris Walsh and a big 77-yard strike to junior Zach Falls. Festa also had a TD reception delivered by Walsh on a trick play very similar to the infamous “Philly special.”

“We were running outside zone all game and every time we ran it their full defense would flow to the side we ran it too,” Festa said when talking about the call. “That opened things up for the offense to run some trickery on the other side of the hash marks, which allowed them to execute the play. He then gave credit to his offensive line saying “we had a lot of time in the pocket and we just got the ball out”.

The start of this game was hectic, to say the least. The Sailors struck first on just their fourth play from scrimmage with a long TD run from senior Colin Morley. The Dragons answered quickly with a very efficient drive ending in a TD reception by senior Colin Quinlan.

After both teams exchanged field goals, things were all knotted up at 10-10 in the second quarter. Then came the 77-yard TD catch from Falls, which put the Dragons ahead 17-10 after the PAT. Just when it seemed as if the Sailors gained some momentum with a tremendous punt by senior Kieran Brenner that was downed at the Dragons’ one yard line, the drive of the game ensued.

With under 2:00 left in the first half, Duxbury drove 99 yards down the field and capped things off with the first of Walsh’s two TD grabs on a beautifully placed ball by Festa in the back left corner of the end zone with under a minute left in the half, making it 23-10 and opening the floodgates for the Duxbury offense.

The Dragons marched right downfield on a five play drive to open the second half and finished it with a one yard TD run from junior Alexander Barlow, which made it 30-10.