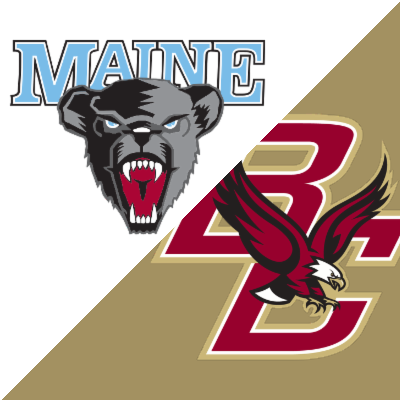 Kickoff: Week three must win game for both Maine and BC, exactly how everyone thought the beginning of the season would play out, right? The Jordan Stevens era hasn’t gotten off to the best start for Maine, but BC’s near catastrophic 0-2 start will only be fixed with an emphatic win on Saturday night. The Eagles are 24.5 point favorites for a reason.

1st Down: The Eagles need to run the ball early and often – How do you help a young, banged up, inexperienced offensive line? Run the damn ball. Alec Sinkfield is now healthy and Pat Garwo has been kept far too quiet. On the flip side, if Maine can continue making BC one dimensional, then anything is possible in this one.

2nd Down: Zay, Zay and more Zay – Let Zay cook. Whether it’s through the air or on the ground, Flowers needs to be let loose on Friday night. We’re thinking somewhere in the 15-17 touch range, and that might not even be enough. If the “basic” running game can’t get going, Flowers might be the best option to get this offense moving. Teams probably aren’t going to let him return punts on them even though he’s been back there, so the Eagles need to get creative.

3rd Down: Limit Joe Fagnano – The biggest positive for the BC defense has been the defense so far. The Eagles could (and should) have won both these games based on the effort of Tem Lukabu’s guys. Fagnano has plenty of experience and he won’t be intimidated by the lights of Alumni Stadium. If the defense can get some turnovers and put the offense in good field position, we should see the Eagles team we all expected to see. Kobay White hasn’t played a ton for Maine, but there could also be that “revenge game” element somewhere too.

4th Down: For the love of god, keep Phil upright – We’ve talked enough about the offensive line and they’re going to continue taking their lumps at times this season, but Friday night absolutely cannot be one of those nights. There’s a reason Maine is a big under dog and an FCS school, the Eagles should be able to handle anything Maine throws at them defensively simply because of the athletic advantage. If Phil is scrambling for his life and taking big hits again, this could be a traumatic, Kansas-like night for BC fans.

Extra Point: If Phil is able to finally have time to throw, watch out for Jaelen Gill. Gill’s been pretty quiet so far this season and is due for that breakout game. Don’t be surprised if freshman Joe Griffin makes a little noise as well, just 24 hours after his brother Josiah announced his commitment to the Eagles during another Springfield Central blowout win on Friday night.

Final Drive: I learned my lesson asking Ken Powtak before the Rutgers game “there’s no way BC loses, right?” At this point, I’m well aware anything is possible in the world of FCS vs. FBS matchups. This is a must-win game for both teams, but it’s MUCH more of a must-win for BC, 0-3 with a road trip to Florida State looming is a terrifying prospect for BC. If the Black Bears lose this one, 0-3 obviously isn’t ideal in a tough CAA, but under a first-year coach growing pains were expected. So, we’re either getting a “get right” game for the Eagles, or one of the most stunning upsets in decades – and one of the worst losses in program history – for BC. Who would’ve thought the stakes would be so high for this one?