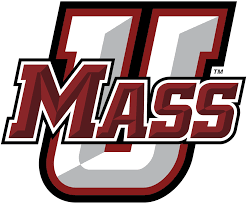 It was a deflating night for UMass.

The Minutemen followed their season-opening blowout loss to Tulane with a 55-10 defeat at the hands of Toledo.

There was not a lot of offense for UMass yet again. Isaiah Holiness scored a 1-yard touchdown with seven seconds before halftime. Cameron Carson then booted a 24-yard field goal with 23 seconds left in the game.

Defensively, UMass could not make enough stops to slow down the Rockets’ attack. Toledo rushed for 234 yards and six touchdowns on 37 carries (6.3 yards per rush).

Gino Campiotti started at quarterback, but Brady Olson also played. Campiotti rushed for 65 yards and threw for another 27 on 5 of 14 passing. Olson completed 2 of 3 for 21 yards.

“Just getting reps. Those guys, both young guys, brand new in our system,” Brown said. “And it just takes reps, that’s all.”

“I know what my prime focus will be,” Brown said. “We’ve got a lot of work to do, and it’s not football work. It’s discipline. It’s doing things the right way, right football way. It’s all those things. That’s what’s got to get done. We’re not doing that.”