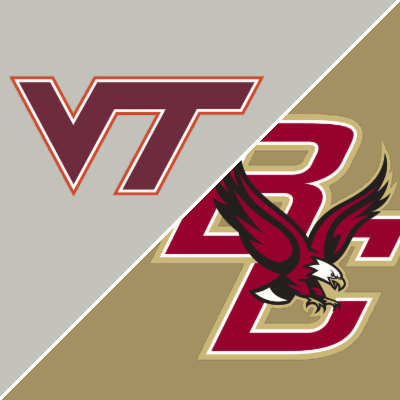 Kickoff: Well, it’s a must-win game in Week 2, not an ideal scenario for the BC faithful. After last week’s rather stunning home loss to Rutgers, BC had zero time to dwell on it as an enormous road test in the always loud Lane Stadium now awaits.

1st Down: Protect Phil at all costs: Look, we know the offensive line is young and inexperienced, and we know it’s going to take time to develop legitimate chemistry, but it can’t be as bad as it looked at times last week, right? It’s a bit unfair to criticize them this early after the fan base was spoiled with the last unit. It’s impossible to live up to those expectations. The noise will undoubtedly be a factor this week which means communication won’t be easy. If this O-line can get it together in this kind of environment then all is well, but if it’s shaky again and Phil has minimal time to throw, it could be a long night.

2nd Down: Pat Garwo and Zay Flowers rushing attack: Garwo was severely limited by the Rutgers D last week and Zay only had a couple carries. Coach Hafley indicated earlier this week there will be an effort to get the ball in his hands more as a runner this week. If he and Garwo can help Phil out by establishing a presence on the ground, BC should be in this one.

3rd Down: Defense needs to keep doing what it’s doing: Ok, the 96-yard drive from hell wasn’t a good look, but this defense actually played really well up until that final fiasco. This defense is going to need to carry the offense early this season and this is a perfect time to do it. VT’s offense isn’t the most dangerous and still unsure of itself, much like the Eagles. Guys up front need to take advantage and the secondary needs to continue to lock things down.

4th Down: Start fast: You could literally put this in here every week for any team, but this Eagles team DESPERATELY needs an early lead on the road. Take the Lane Stadium crowd out of it as soon as possible. The Hokies team did lose to Old Dominion last week, so you never know how fragile their fan base might be too. It’ll also allow you to try and run the ball more instead of immediately playing catch up.

Extra Point: The Eagles flushed the Rutgers game by Sunday. On Tuesday, Metallica was blasting inside Fish Field House as BC tried to simulate the noise they’ll be dealing with. It’s early, but this is a huge spot to see what kind of resilience Hafley’s team has. He preached not letting one loss turn into two during the week, but some of the issues the Eagles currently have may not be fixable right away. It’s a fascinating spot for the third-year head coach.

Final Drive: The good news is, Maine comes to Alumni Stadium next weekend, so there’s no “looking ahead” to a big name opponent and no matter what happens against VT it should be a get right game. With that said, if BC can go get this one on the road and get to 1-1 in what is still one of the Top 10 toughest places to play in all of college football, the train to an ACC title game berth is right back on track.