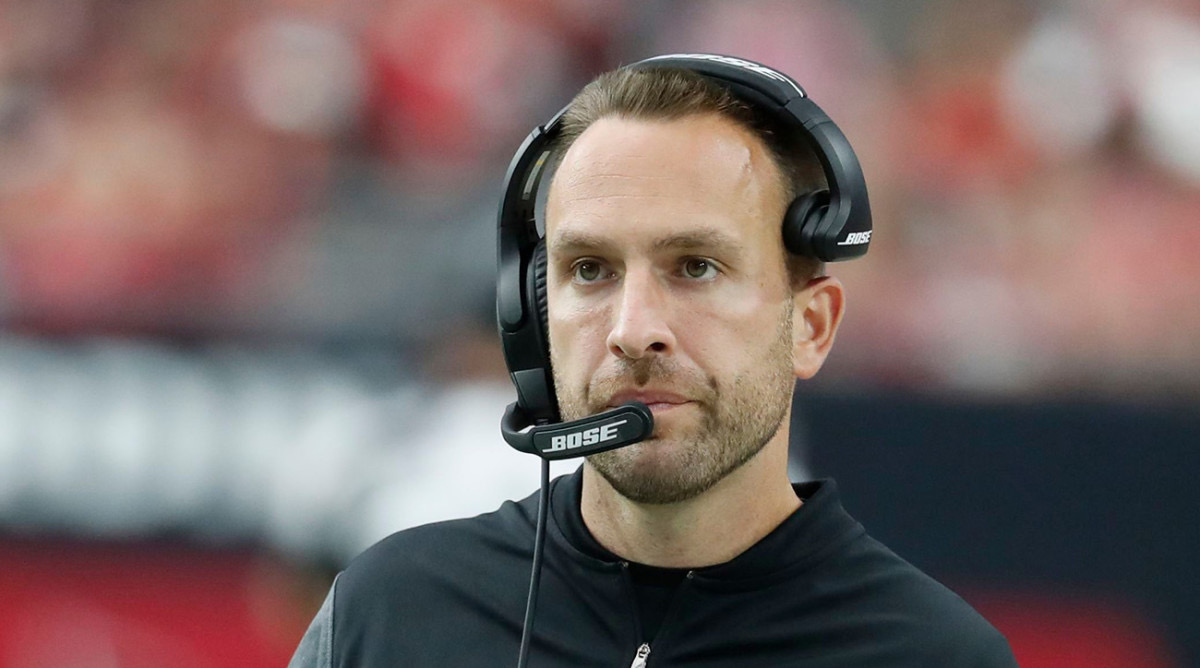 
Saturday’s go-ahead drive for Rutgers that lasted 5:02 is one that BC fans will remember for a long time.

BC pinned the Scarlet Knights inside the four with 7:45 remaining and led 21-15 after a strong defensive effort all day long where the Eagles made Rutgers punt seven times and had an interception just before the half.

It’s still hard to wrap your mind around the fact that BC lost the game in that scenario. So, what happened? How did Rutgers steal the season opener at Alumni Stadium and force immediate panic amongst an already fragile fan base?

When head coach Jeff Hafley looked at the tape, the answer to that question was a hard pill to swallow.

“They ran the same plays we’d been stopping all day,” Hafley said during his day-after-a-game media availability on Sunday. “We miss fit some stuff, we lost leverage on some stuff, we didn’t execute at a high enough level, re-watching it. When I walked in and watched it, the first time I watched it and I saw on the field…I was kind of wondering if they did anything differently, but they didn’t. They executed at a higher level than we did.”

Hafley acknowledged maybe something could have been done differently, but, ultimately, when showing the film back to the players, the puzzling fact that stops made earlier in the game on similar looks weren’t being made in crunch time at home was there for everyone to see.

“Could we have thrown some stuff at them probably to change it up? Yeah, so I’m not putting it all on the execution. But, I just showed the guys clips of the fourth quarter and then the same plays that were repeatedly played well earlier in the game,” Hafley said.

Now, the most important question that needs to be answered heading into a hostile environment against a pissed off Virginia Tech team is how does BC respond? Can they match VT’s anger after a loss? Offensively it wasn’t pretty against Rutgers, but the defense did enough – until the last drive – to win the game. So, can the Eagles flush it? Or will that dominant 96-yard march by Rutgers linger.

One way or another, it will be an early defining moment in the season.