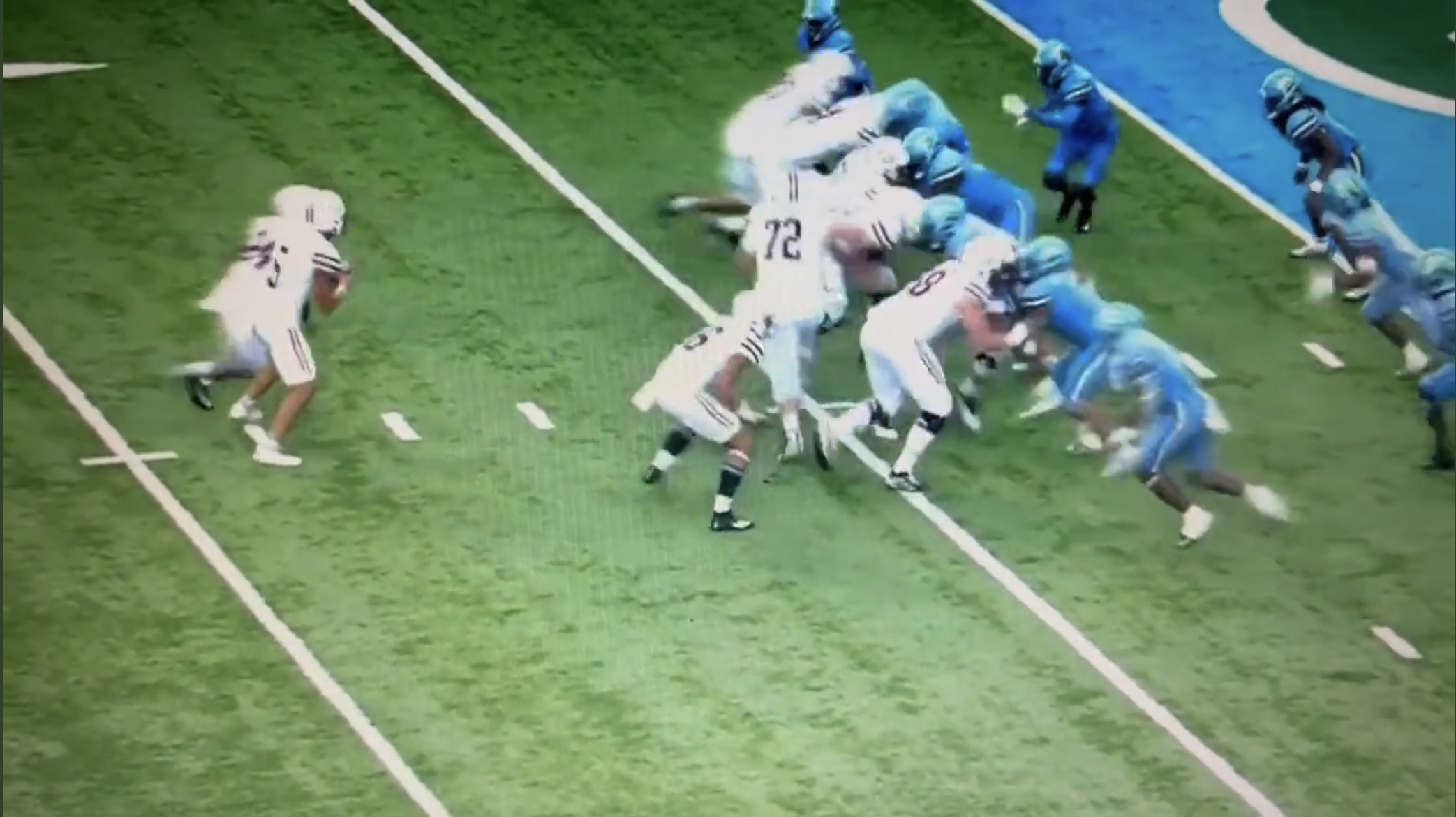 Rome wasn’t built in a day.

Don Brown and the staff at UMass are going to need some time to get things turned around to the level that the fan base wants and it was evident on Saturday night when the Minutemen dropped the season opener 42-10 against Tulane.

In fairness, the scoreboard isn’t really indicative of the way UMass played, at least in the first half. The Minutemen got a touchdown run from quarterback Gino Campiotti (17 carries, 58 yards) on 4th down four seconds into the second quarter to tie the game at 7-7. The TD capped a dominant, lengthy drive where UMass asserted itself in the running game, a theme throughout the night with Casula’s offense earning 200 yards on the ground.

On the next series, UMass looked like it was going to continue stealing all the momentum, forcing the Green Wave into a 4th-&-5 situation around the UMass 40. The Minutemen jumped off side, giving Tulane QB Mike Pratt the ability to chuck a pass downfield with a “free play” at his disposal. That free play turned into a long catch, setting up 1st-&-Goal at the one where Tulane eventually punched it in to go back up 14-7. The play ultimately changed the game as the Green Wave added one more late score to make it 21-7.

Umass did put together another lengthy drive on the ground to close out the half, but couldn’t get in the end zone and had to settle for a Cam Carson 21-yard field goal to make it a 21-10 game at the break.

“Obviously, not the opener we were looking for,” said Don Brown after his first game back at the helm. “I did think we found out a bunch of good things. They’re a good football team and there’s a reason they were neck and neck with Oklahoma a year ago.”

It was all down hill early and often in the second half as Tulane scored 21 unanswered in the third, building the 42-10 lead. While the running game – particularly Campiotti and Tim Baldwin Jr., who ran for 65 yards – was a highlight, the passing game struggled, only mustering 17 total yards. UMass also had seven penalties totaling 77 yards.

“The reality is, our punting game wasn’t good enough and it gave us bad field position on three to four occasions. We threw three interceptions inside the 50 and we just didn’t stop the run as well as we needed to,” Brown said. “At halftime, I kind of felt like we were in a decent position yard wise, all we needed to do was get a stop and go down and score and it’s a different game, but obviously, too many mistakes, too many turnovers, too many things that don’t go our way that takes you out of the football game.”

Despite giving up the 42 points, it was clear right from the opening whistle that this defense is going to fly around and hit people, solving problems with aggression. The passing game is going to take time and if the running game can have the type of impact it had on Saturday, UMass will be in more games than not this season.

Folks also need to remember that game day operations with a new staff and a new program – especially when the guys on the team aren’t really guys Brown recruited – is going to take some time to iron out. A college staff doesn’t magically have everything figured out perfectly from a communication and logistics standpoint after only working together in training camp.

“I’ve got to try and simplify,” Brown said. “We’ve got to try and simplify our substitutions and packages so we don’t have difficulty getting guys on and off the field. For us, that’s a big deal. I would say that’s a big one, just simplifying it so we can function at a high level. In college football, pro football, you need to be able to run substation packages to match the personnel you’re going against. You don’t want your 240 lb. sam going against a wide receiver for example. We got caught one time in zone coverage today that was very disappointing.”

Saturday’s loss was a tough reminder for fans that this rebuild is going to be a marathon, not a sprint. Luckily, Brown is confident in what he has moving forward and the UMass faithful should be too.

“Bottom line is, we’ve got a lot of football in front of us, like I told the players,” Brown added. “Show up, go back to work and let’s fix this. So, that’s the goal.”