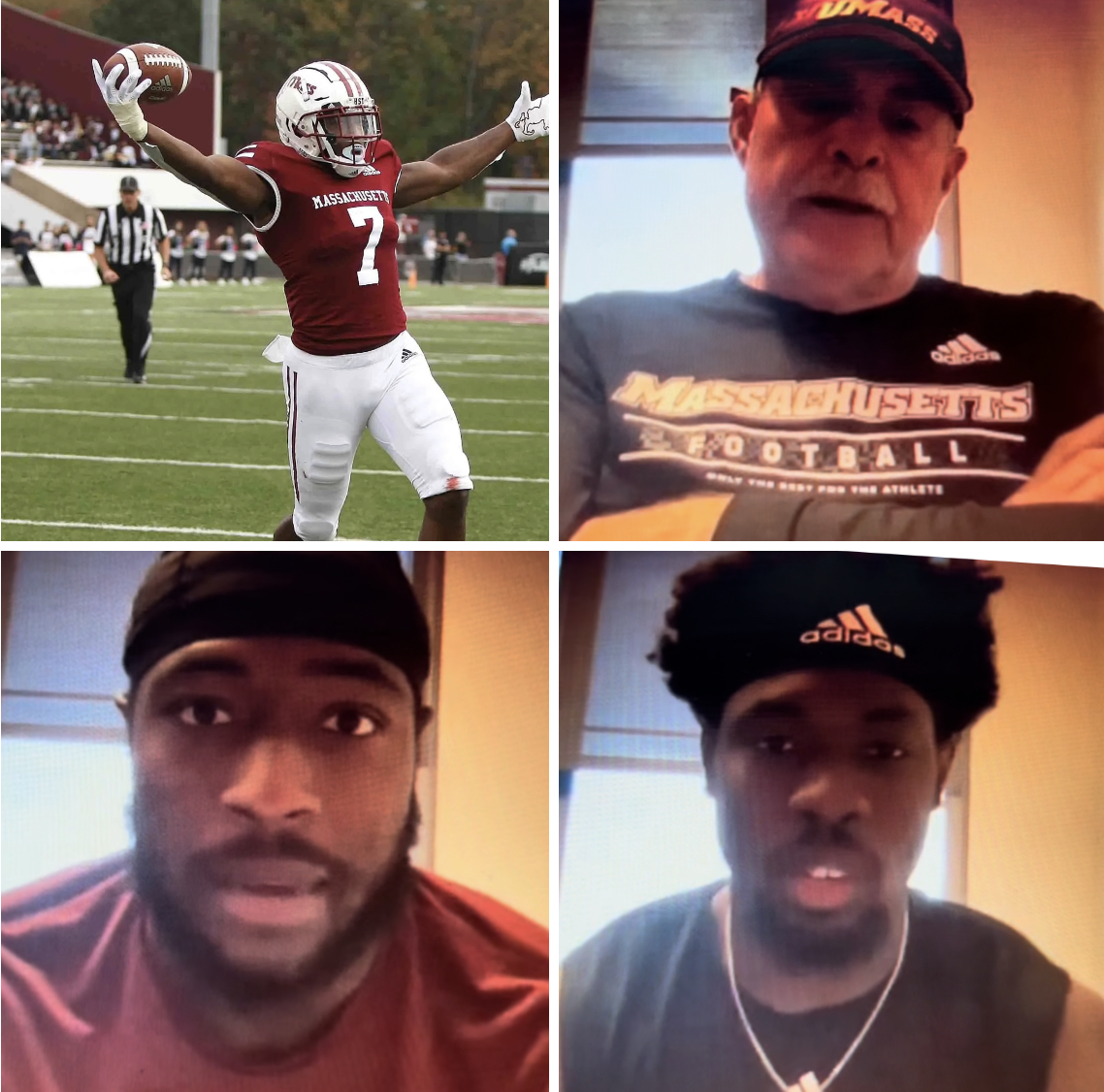 
How many more “things are changing” stories can you possibly read? Lord knows everyone in the media is sick of writing them.

Thankfully, all the talk about the Don Brown era beginning again and how the culture has completely shifted at UMass will finally turn into real football analysis this weekend. Fans will finally get to see Steve Casula’s offense, Keith Dudzinski’s defense, Alex Miller’s revamped O-line, Valdamar Brower’s impact on the D-line and so many other intriguing things about this team.

On Tuesday night, Brown, senior defensive back Josh Wallace and Ellis Merriweather met with the media to talk about all the work that’s gone into prepping for Tulane on Saturday night.

“I’m so sick of hitting UMass,” Merriweather said with a laugh while grabbing his shirt and tugging at the “Massachusetts” printed on the front. “I can’t wait. The team can’t wait. Coach Brown can’t wait. I think everybody is ready…it’s time.”

“It seems like we’ve been going at it for a long time,” added Brown. “Obviously, you’d still like to have six more weeks, but it’s time to play. It’s time to play a game and see where we’re at. I’m excited to see where we’re at. Guys have worked really hard, I mean, that’s all I can tell ya. Effort level has been through the roof. I can count on one hand mediocre practices from winter work outs , the mat room, to spring practice, to summer workouts, to preseason camp.

“Our guys are excited and I’m anxious to see them play and I feel very confident that we’ll give a great effort on Saturday.”

For the first time in a long time, there are actual expectations surrounding the UMass team, but there are still plenty of doubters out there. Both sides are fueling the players.

“We most definitely use that as motivation,” said Wallace of fans’ expectations. “Getting to the bowl game is the goal and we feel very confident in our goal and our ability to shock the world. At this point, we all know (what the goal is), we play in four days and we’re ready to go.”

The “131 out of 131” is in reference to Athlon Sports’ rankings for every Division 1 FBS team, with the Minutemen in dead last. It’s a card that Brown can play often with his team this year if he wants, but hopefully he won’t have to as winning becomes part of the program’s DNA again.

Finally, the time for talking is over.

“To be honest, I have focused completely on what’s in front of us, not what’s behind us,” he said. “I’m one of those guys…I told the guys the first time I spoke with them, you live in the past, you die in the present. You don’t get any better. You can’t live in the past. Move on, work hard, do what I tell ya and let’s all work together to make this thing right. That’s really been the approach. I don’t feel like our guys go to work and are scarred from not having success a year ago. I don’t see that. Again, there’s a lot of freshman and sophomores that are on this team and those guys are usually too young to get wrapped up in all that. All I keep telling them is, from the time I was here and I left the first time, and then left the second time, I’ve only known success.

“Let’s just focus on what’s in front of us, not what’s behind us.”