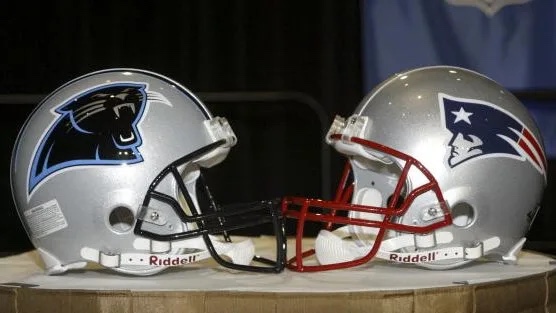 Kickoff: The Patriots will host in preseason game number two tonight. After two days of joint practices and fighting, the two teams will put an end to what has been a raucous week by meeting on the football field.

This will be the sixth meeting between the two teams in the preseason. The last time they met in the preseason was at Gillette Stadium in 2019. The Patriots won that game 10-3.

The Patriots beat the Panthers 24-6 last November in Charlotte.

Here are our four downs for the game.

1st Down: How much will we see the starters: The Patriots will play their starters tonight but how much they play remains to be seen. Based on the rep load the other day at practice, I would not be surprised to see the Patriots starters play a half tonight.

2nd Down: First look at Mac: Tonight will be our first look at Mac Jones in game action this season. Jones has had a good camp thus far but he has also been frustrated with the new terminology and concepts. As a result of that, he has been inconsistent at times. Tonight will be a good opportunity to see how Mac does a good, top five caliber defense early on.

3rd Down: Extended look at the young guys in the secondary: With JoeJuan Williams and Malcolm Butler going on season ending I.R this week, the Patriots will now have an opportunity to play rookies Marcus Jones and Jack Jones. Both have had strong camps and Marcus really impressed this week with his coverage and ball skills.

The Joneses aren’t the only ones who will get extended reps tonight. Joshuah Bledsoe, Brenden Schooler and Devin Hafford will play a lot tonight as well.

4th Down: Last chance for the threes and fours: This is it for the third and fourth stringers today make a favorable impression before next week’s cuts. I suspect the bottom third of the roster will play the majority of the second half and this will be their last chance to make a statement before the next round of cuts.

Extra Point: It will be interesting to see if the bad blood from this week’s joint Ora rices spills over to tonight’s game. It was pretty nasty so the hope is that the extra-curricular stuff was left on the practice field.

Final Drive: The Patriots did some good things last week against the Giants despite losing on a last second field. Despite that, there was plenty to fix this week.

The Patriots looked like the better team in joint practices. They can carry over that effort to tonight, they should be fine. Carolina has a chip on their shoulder. They will play like it tonight. The Patriots have to focus on playing football and not getting caught up in the nonsense.