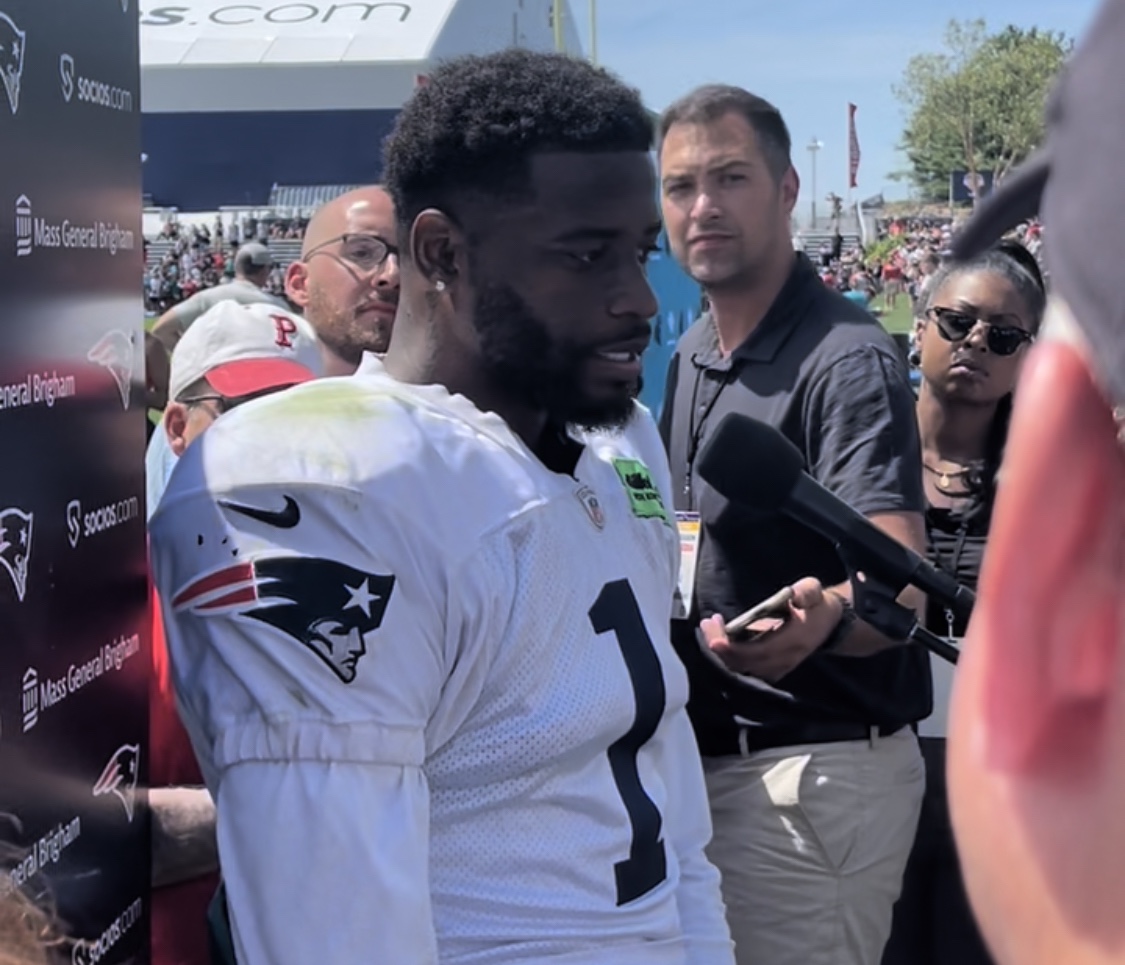 It is super early and we haven’t seen him play a game yet in a Patriots uniform but Devante Parker is what N’Keal Harry was supposed to be.

Not to rag on Harry again, Patriots fans have done that enough since the 1st Round wide receiver was selected in the 2018 NFL Draft, but seeing the big bodied receiver making plays in tight coverage down the sideline this summer is something to get up out of your seat about.

After seeing and hearing the reports of Parker’s week in joint practices against the Carolina Panthers it’s very difficult to not raise your eyebrows in intrigue to say the very least.

“The ball is in the area, it’s mine” Parker said to reporters about his receiver mindset.

Furthermore and most notably, in my opinion, our own John Sarianides asked Parker during his press conference on Tuesday if he had any changes in his game since coming up north from Miami.  Parker told John that’s he’s gotten quicker and has focused on stretching a little more and getting looser.

That’s HUGE news if true especially him focusing on stretching more and here’s why.

One of the few knocks on Devante Parker the player is that he has an extensive history with the injury bug over his career.

According to DraftSharks.com, Parker has had SEVEN hamstring injuries over 6 years.

Soft tissue injuries are always prevalent on a  skill player’s mind and Parker has faced that reality more than enough times.  So to hear that he has taken it upon himself to get his body more prepared for the long grind of a season is very good to hear because if healthy he can absolutely be a 1,000 yard wide receiver for this team.

The confidence of Parker is palpable.  Combine that with getting quicker off the line as well as taking steps to stay as close to 100% as possible is a dangerous combination for any cornerback to go up against.

I can’t help but get giddy over the potential of a big play receiver that a free safety will need to account for if Parker is dominating the 50-50 balls down the sideline therefore opening up the middle of the field for everyone else.

This may come to a surprise to some (I know it did for me), but the Patriots scored the 7th most points last season including the 3rd most at their Home stadium.

If Devante Parker is a stud, the domino effect for the Pats offense will be astounding.

Other Patriots receivers jobs will be a little easier if Parker has success on the outside, which in turn, makes Mac Jones’ job a little easier, and if Jones’ job is easier then the Patriots offense will find the endzone even more often than they did a season ago.

The Optum Field Lounge will be roaring with optimism for New England’s offense as the season gets in full swing.