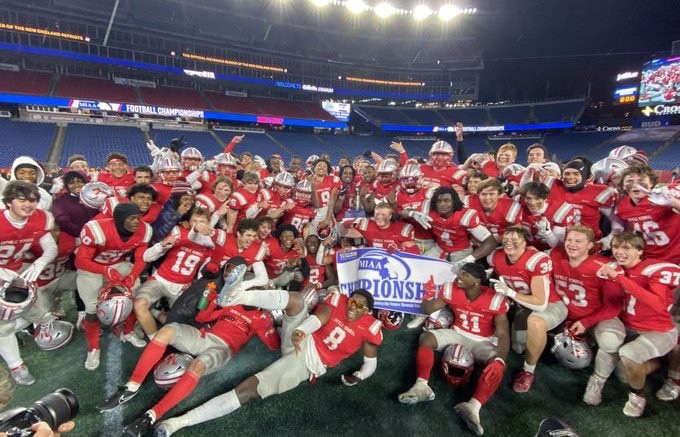 All right, we’re here. It’s the start of the 2022 MIAA football season. As is the case every year, there is a ton of excitement as everyone gets started. But there are also questions as we kick it off. Here are 10 of them, with maybe an ability to answer some of them.

Let’s get going, and enjoy the start of football.

1. Can Catholic Memorial repeat its 2021 success?

The short answer to that is yes. Will they? Maybe. But CM has to be the odds-on favorite in both the Catholic Conference and Division 2. Last year, the Knights rolled to an undefeated season and Div. 2 state title. Most of those key performers are back, both on the lines and at the skill positions. CM has a target on its back, but it is capable of great things again.

2. Is Division 1’s best team out in Western Mass. again?

Right now, it seems that way. Even though St. John’s Prep, Xaverian, Central Catholic, and Franklin are all reloading, the best Div. 1 team appears to be Springfield Central again. Central is loaded in the same way CM is — both on the lines and at the skill positions. It doesn’t hurt that the Golden Eagles have four-year starter, All-State performer, and Nebraska commit William Watson back at quarterback.

Last year, it was a great season for the Hockomock League, and it should be again. Teams like King Philip, Mansfield, Milford, Franklin, North Attleboro, Foxboro, and Taunton all look to have strong teams. KP, Mansfield, and Milford, for example, all have the look of teams who can challenge CM in D2. It will just be a remarkably competitive league again.

4. Will the South Shore League have another unreal year?

In the postseason, the South Shore League flexed its muscles as the top small school league in the state. Randolph won the D8 state title, while Cohasset took the D7 crown, and Rockland grabbed the D6 championship. Hull in D8 and Abington in D6 were finalists. It would take a lot to finish that well again, but it’s possible.

5. Will the playoff power points system be another success?

There were a few instances where the math did not seem to add up, but overall, the power points for the postseason seemed to work, It will likely work out well again, as the formula seems sound, but anything can happen when you pair math and football.

6. Will Catholic Memorial remain a controversial figure in D2?

Back to CM, the Knights are once again in D2, and that was a controversial placement according to just about everyone. The consensus is that everyone would prefer the Knights back in D1, where they were for years before last season. But for now, no one is going to get that.

7. Is Springfield Central going to carry the flag for the rest of the state?

It appears so, yes. Last year, Springfield Central held down the fort in a game against national power IMG Academy. This year, Central will do it again when the Eagles host St. John’s (DC). You have to love how Central will take on just anyone.

8. Is Wachusett the best team in Central Mass.?

Maybe. The Mountaineers are led by quarterback Tucker McDonald, who will continue his career at Rutgers. Usually, Wachusett batters teams on the ground, but McDonald gives the Mountaineers a chance to be truly balanced. It will be fun to watch that team this year.

9. Is Barnstable building something special on the Cape?

Yes. Everyone seems to have bought in on coach Ross Jatkola’s group at Barnstable. This team has terrific skill, and most of it is young. There are plenty of sophomore and junior contributors on this team, so buy Barnstable stock early for the next few years.

10. Will Brockton coach Peter Colombo go out on top?

Maybe. It’s the last year for Peter Colombo at Brockton. The Boxers have a tremendous wide receiver group with Cam Monteiro and CM transfer Kole Osinubi. Colombo last won Super Bowls in 2004 and 2005, and he’d love to leave a winner in 2022.