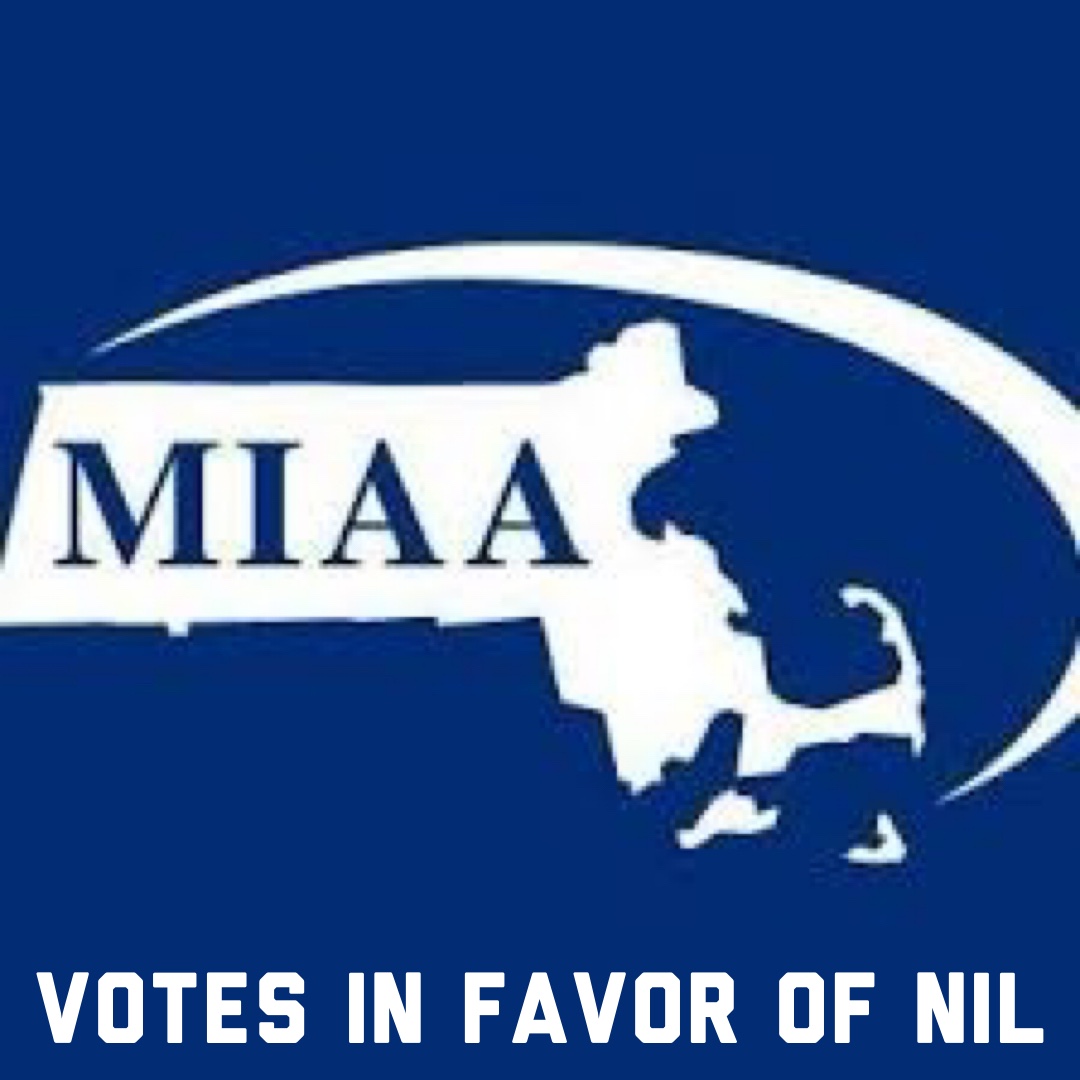 The Boston Herald’s Matt Feld reported yesterday that the MIAA voted 13-1-0 in favor of NIL deals for high school students. A high school athlete in Massachusetts can now capitalize on their name and likeness.

The rule is pretty restrictive however. Student athlete cannot use their school name, colors or uniforms and they cannot endorse any alcohol, tobacco products or adult content.

The MIAA Board of Directors has voted 13-1-0 that student-athletes May make money off NIL, but cannot use school logo, name, jersey, or the MIAA name/logo.

Must provide contracts details with school

The passing of this proposal should not come as a surprise as other states have passed similar proposals. At New England Football Journal, we support High School Football and the student athletes who play the game but have different opinions on this. Here is our take.

Adam Kurkjian: The MIAA approved Wednesday to allow name, image and likeness deals for athletes in this state. The initial reaction was one where people saw a potential ‘slippery slope’ of how the NIL has affected college athletes, some of whom have earned six-figure deals. Calm down. This is not going to happen in Massachusetts. Does anyone really think we are going to see athletes from here doing commercials for car dealerships? Are billionaire boosters going to start buying athletes for local schools? No. The hysteria over this is misguided. Relax, people. This is not the end of high school football as you know it. You will barely notice any change.

Kevin Stone: Upon hearing the news of the new NIL opportunity for Massachusetts high school athletes, I was stunned. Why? Mostly because this is the kind of thing the MIAA kicks down the road for months, if not years. Are we seeing a new, more-willing-to-adapt-to-the-times MIAA? I doubt it, but maybe this is a sign that they’re willing to actually think & look ahead while changing with the landscape.

As far as what it means for athletics here, I don’t think it changes much. If the private schools were involved it would be a game changer given the propensity to recruit already, but as an MIAA-only agreement, you’ll see some deals here & there, but nothing crazy.

John Sarianides: I think it is a good thing that the MIAA got ahead of this and passed this proposal. Realistically speaking however, I don’t think this will affect too many student-athletes. Very few of them will be able to monetize their name or likeness. The only ones that will, at least initially are high profile, highly recruited athletes. Ones that have D1 offers and a large following.

My hope is that outside forces don’t start using NIL opportunities to steer student athletes to certain schools. We’re seeing some of that at collegiate level and it is having a negative impact on the game at that level. All of that being said, I doubt we will see it at the high school level.