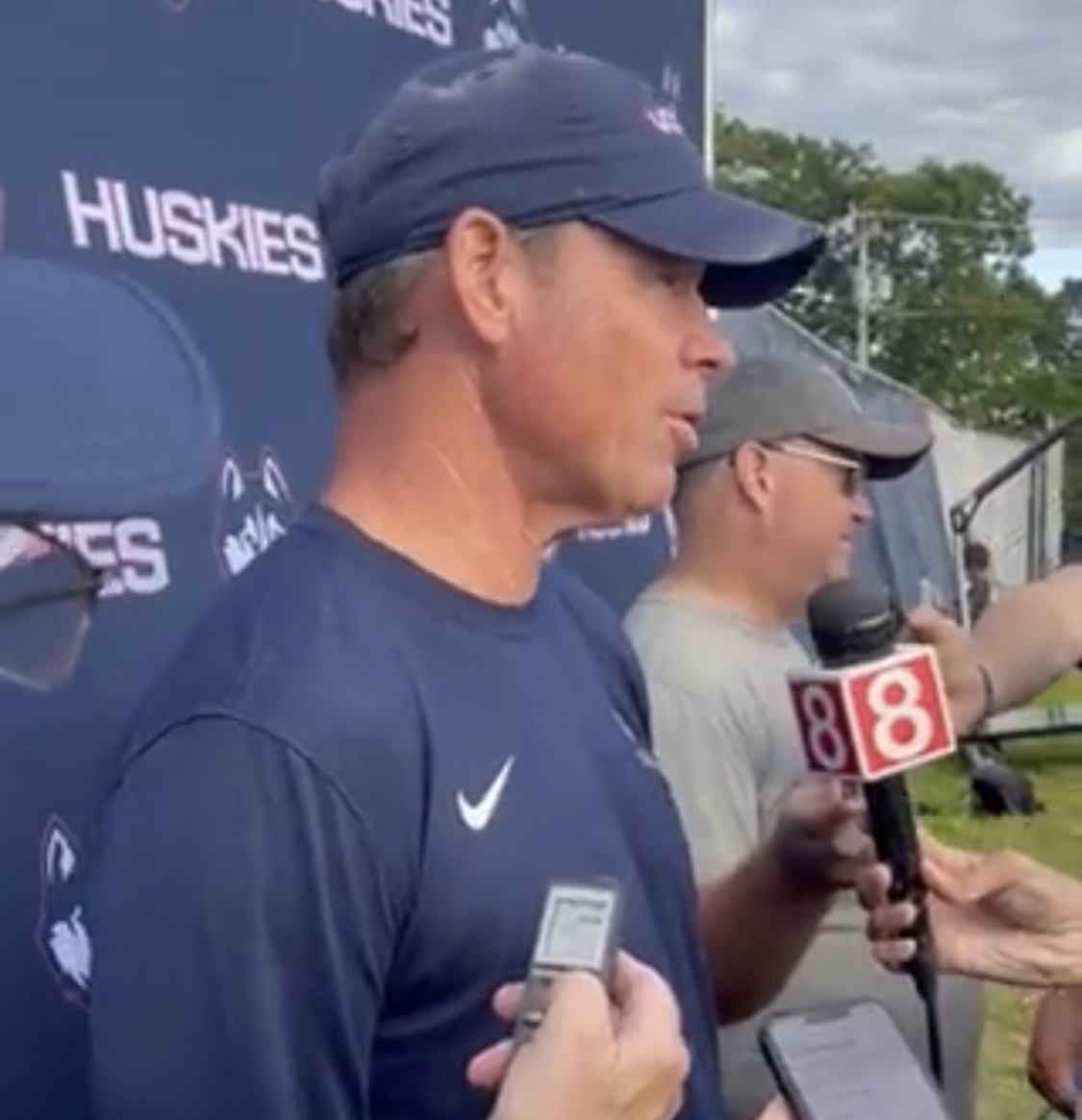 STORRS, CONN. — When you have a 1-11 record, as the University of Connecticut did last season, there are plenty of aspects of your program that are not functioning properly.

Maybe the overall talent level isn’t where it needs to be. Or it could be the game-planning or in-game coaching. And, certainly, the culture needs improvement.

That word — culture — is one coaches constantly use, especially when a new staff takes over, as is also the case with UConn. New coach Jim Mora certainly does not run from that assessment. He knows that without a revamped culture, all that other stuff might not matter as much.

And it can be hard to define exactly what culture means from a football standpoint. Words like attitude, character, commitment, energy, buy-in, and accountability may all fall under that umbrella. Maybe think of it like building a house. The foundation and the bones of it hold everything together. But even that may fall short of exactly what coaches mean when they talk about it.

Yet watching the Huskies scrimmage Saturday, you did get the sense that they were in a better position than last year for that. The players were having fun, and especially the defense was, as they were hootin’ and hollerin’ with every big play.

Mora afterward seemed positive about the vibe of his team, but noted it has not been truly tested in that regard.

“Right now, we’re in a really good spot,” Mora said. “However, what really matters is what happens when it’s for real. When we’re playing opponents and things aren’t going exactly right, because we all know in any game there are moments when things aren’t going right, and can we hold it together? Or if we’re having a tough game, can we hold it together and get on to the next one? That’s really when you find out if your culture is right. Culture, it’s tough to build. It’s fragile. I like where we’re at right now, though.”

Offensive coordinator Nick Charlton is coming off an experience where he was the head coach at the University of Maine. He knows all about that task, and sees the progress the Huskies are making.

“Again, I think if you look at the context of where it was and where it is now, the amount of energy these guys had. . . . They had to fight through that today because we weren’t executing early, talking offensively, obviously,” Charlton said after the scrimmage. “It’s easy when things are really good. We’ve had some days where we were moving the ball. We’re throwing it well, running it well, protecting well. It’s easy to have energy (then). I think we had to fight through that today in a lot of ways.

“But overall, when you’re talking about culture, we’re trying to change the culture. It’s hard to do that. It takes time. But they’re very bought in. These players want to win. They want to win. They believe in what we’re doing. We talked about it in the beginning of camp. We all made a choice to be here. Ultimately, that’s what we did. And I look at it, my experiences being at the University of Maine, we had to change the culture there, too, to turn it into a championship-level program. It didn’t happen overnight, but at the same time, we were in a rush to get there. We weren’t going to be patient, and we’re not going to be patient right now.”

Although he is a true freshman and thus does not really have anything else to compare it to, quarterback Zion Turner likes what he sees so far with Mora and Co.

“The culture is great,” Turner said. “The energy is here. (Mora) brings a whole different energy when you step into the building. Everyone, we just want to have fun and play ball. Everyone wants to win. That’s our goal. Everyone in the building is working hard day-in and day-out. It’s been a hard camp. But coach is putting together a great plan for us to get better. We know what we have to do to get better.”

And as the seconds tick closer to the opener at Utah State on August 27, quarterback Ta’Quan Roberson is excited to show what these Huskies are about.

“The whole team, we’ve had a great camp,” Roberson said. “We came out every day working really hard, competing. I can’t wait.”