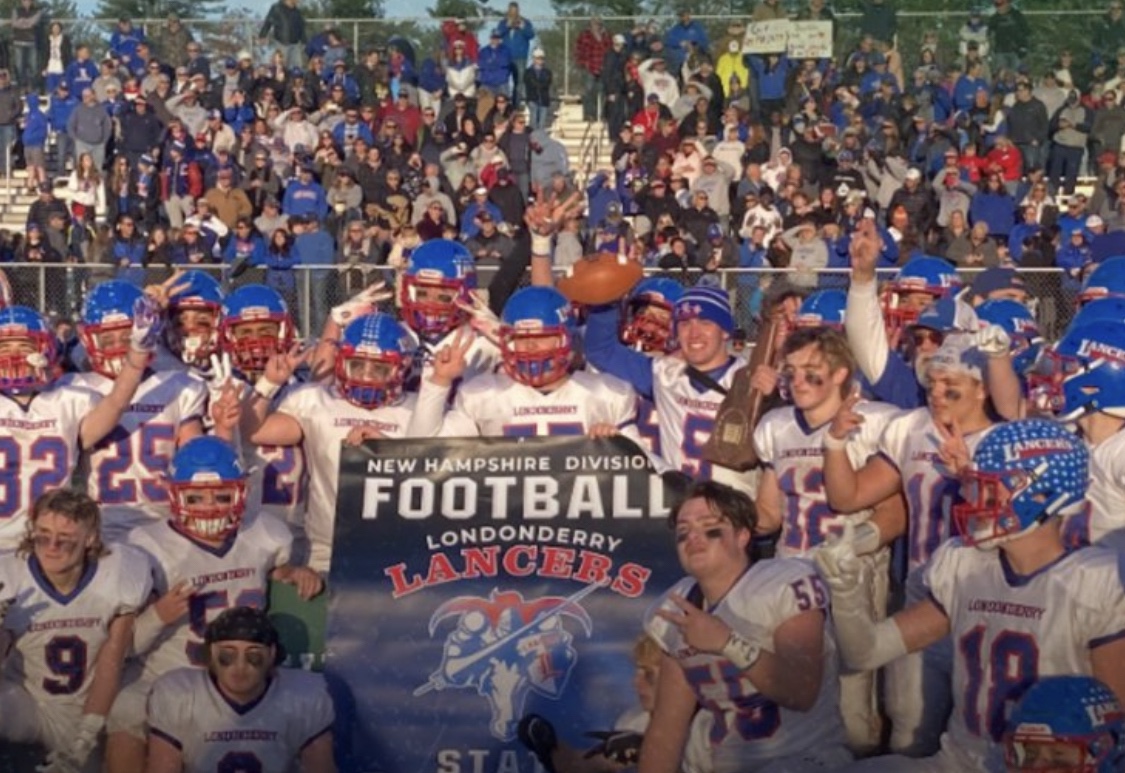 Londonderry will once again be a favorite in Division One

The high school football season officially kicked off in New Hampshire yesterday. The state went through a two year restructure this off-season. Division 1 has 21 teams now, while Division Two has 18 teams, Division 3 has 10 teams and Division 4 has 8. Like all states in New England, New Hampshire is experiencing constant turnover. Despite that, the top teams in the state will once again dominate the top ten of our poll.

-D1 Central should once again be competitive with Londonderry, Salem, Windham and Pinkerton.

-Timberline is now in D1 East and despite playing a tough schedule, the defending Division 2 are amongst the favorites in Division One now. Head Coach Mike Parisesu returns a team built to win it all again.

-In D1 West Coach John Trisciani’s Bishop Guertin Cardinals are a team that could surprise people. Guertin lost 61-31 in a shootout to Salem in the first round of last year’s playoffs but the Cardinals return several key contributors from last season including dual threat quarterback Matt Santosuosso, running back Ethan Chmielecki and a slew of other key contributors.

As usual, Goffstown. Nashua North and Bedford will be in the title hunt as well in what is a loaded bracket.

-Credit to Merrimack who opens the season at perennial Maine power Bonny Eagle. The Tomahawks aren’t the only ones playing an out of state powerhouse. Londonderry plays Rhode Island power Bishop Hendricken on September 10th.

-Newly reconfigured Division 2 features several of the state’s top programs. Sohegan is in D2 West and returns one of the team quarterbacks in the state in Romy Jain.

Milford and Pelham are also in the West and both should once again be among the favorites to win it all in D2. Bow and St. Thomas Aquinas will be the two teams to watch in D2 East.

– Kearsarge lost to Pelham in the playoffs last season but should be one of the favorites in Division 3 along with Trinity.

-Somersworth won the Division 4 title last season and with 18 returning starters, they are once again the favorites in the division. Bishop Brady is a program to watch as well under first year coach Brendan Johnson.