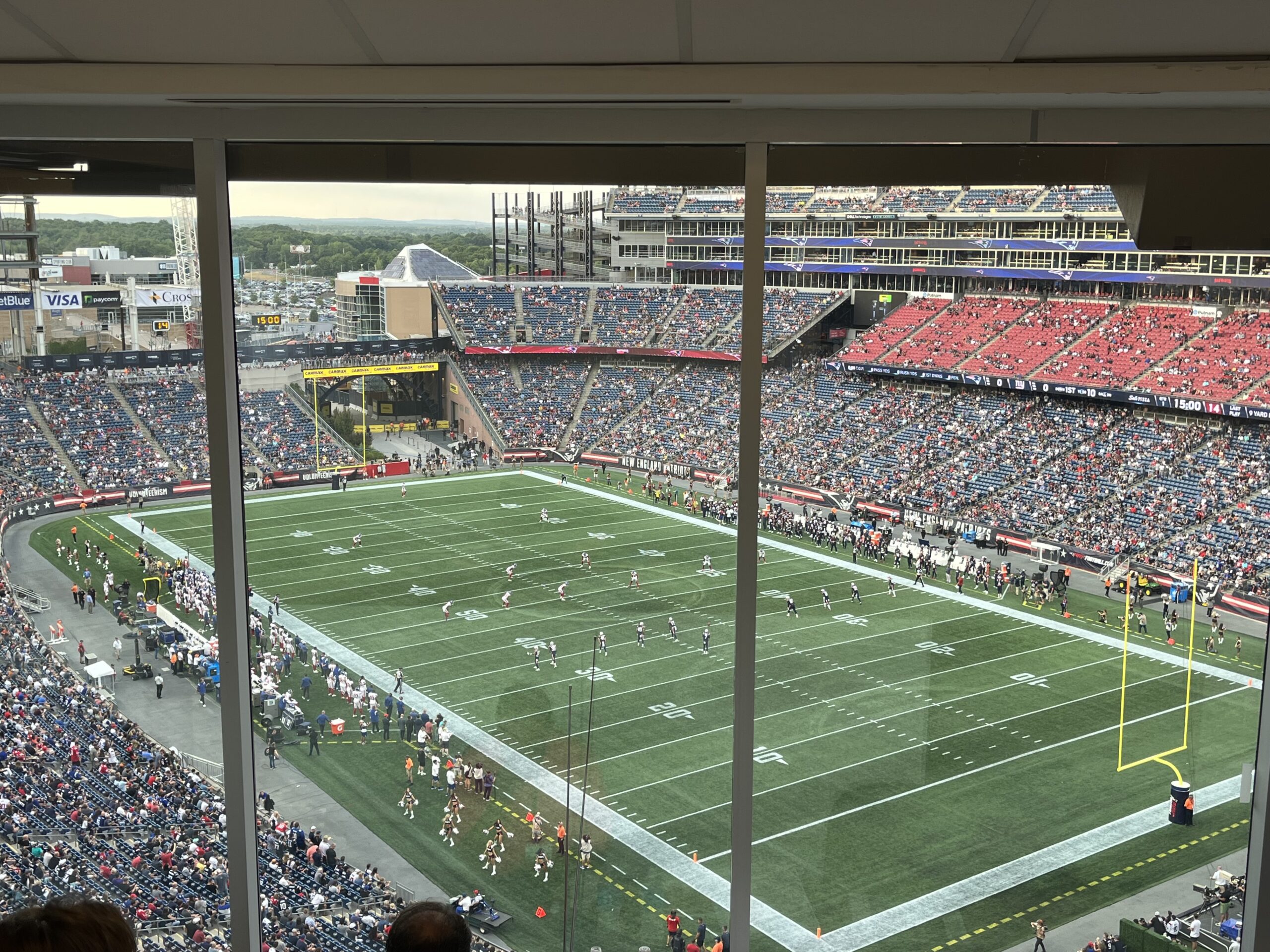 FOXBOROUGH – After two weeks of dissecting practices, we finally got to see some real football at Gillette Stadium on Thursday night when the Giants visited for the first preseason game.

There’s still a lot of questions surrounding the team since the starters didn’t play, but we did learn a bit more about some of the guys fighting for jobs in the 23-21 loss. Simply put, preseason wins and losses don’t matter, all that mattered on Friday night was that things looked better than they have, even if it still isn’t perfect by any means.

“Well, that was a good competitive night for us,” said Bill Belichick. “We thought we got a lot of good work in in all three phases of the game. Obviously, got to look at a lot of people that haven’t played a lot for us, and so whatever their individual situation was, that was really the common theme with all those players. Good to be out there, good to be playing and going through that process.

“There’s a lot of things we’ll learn from tonight and work on this week and try and improve next week in the next game opportunity we have. I thought the players responded well to the competition, and it was a pretty evenly matched game, a lot of good situations, and a lot we can learn from, so that’s what we’ll do.”

One guy that has stood out in camp and made his NFL debut count on Thursday was wide receiver Tyquan Thornton. Thornton hauled in a 2-yard touchdown catch from Brian Hoyer on the Patriots’ second offensive possession, getting separation in the back of the end zone. That TD was set up on a nice catch on a deep ball down the right sideline from one of last year’s camp surprises, Kristian Wilkerson. The TD gave New England a short-lived 7-3 lead.

“It was just basic fundamentals, it was something we worked on,” Thornton said of his first TD. “We put an emphasis on the red zone (this week) and it just goes to show, hard work pays off.”

The offense has been much maligned for the first two weeks of camp and while we didn’t see anything too crazy, when Hoyer led the way to start the game it looked better and the ball actually moved down field. Once Bailey Zappe came in, the game looked a bit too fast for the rookie at first and he struggled, but that’s to be expected and he eventually settled in. Even leading a go-ahead drive in the final five minutes that ended with a 20-yard touchdown to Lil’ Jordan Humphrey to put the Pats up 21-20. A last-second field goal gave the Giants the two-point win.

Zappe’s first throw of the second half was a completion for 36-yards to Tre Nixon where he stood in and delivered despite taking a pretty good hit. On the same drive the two hooked up for a 32-yard completion, and then rookie Kevin Harris capped the opening drive with a 3-yard touchdown run to put New England up 14-10. Nixon should (and I think needs to) make this team. Kristian Wilkerson and Zappe had a nice little connection building in the second half, ultimately leading to an eight-catch, 99-yard night.

“My coaches, my teammates helped me a lot throughout — we all helped each other out throughout this last week of practice trying to get us rookies used to the speed of the game, get ready for the preseason game,” Zappe added. “We had a bunch of good things happen this evening and a bunch of bad things or mistakes that we made, and we’re going to correct those tomorrow and this next week.”

The lone real troublesome area remains the running game as there wasn’t much production aside from that TD, although it did get better late in the game with Pierre Strong making the most of some opportunities.

As far as the play calling, it’s tough to tell right now. Both Matt Patricia and Joe Judge appeared to be calling plays, with Patricia calling them for Hoyer and Judge for Zappe. We might actually have a coordinator competition, which could be both good and bad depending on how Mac handles it. Bill Belichick huddled with both goes often on the sideline and BB even spent quite a bit of time with Zappe. David Andrews was basically an assistant coach, leading meetings with the offensive line before Patricia eventually walked over.

“We did a lot of things in this game that are going to be beneficial in the long run, whether it was on the coaching staff, playing time, players that played and so forth,” Belichick said when asked about both guys calling plays. “That’s all part of the process…I thought it would be a good opportunity for us to do that.”

Defensively there were positive signs. Malcolm Butler had a second quarter fumble recovery after a fantastic punch out from Mr. ‘First On The Field Every Day’ Terrance Mitchell. Butler has had a shaky camp so far, but along with the recovery he had a tackle to force a punt and didn’t look bad in coverage in his limited action. The textbook punch out from Mitchell is the best way to earn a spot on a team that’s going to need depth at corner. Rookie Jack Jones looked really good at times late in the game too, blanketing receivers.

Up front, Josh Uche – who needs to have a big season – was flying off the edge and in the backfield seemingly every snap in the first half. Carl Davis was very good in the run game as well. The Patriots desperately need something out of the return game this year too and may have it with guys like Myles Bryant, who had a couple nice kick off returns, as did JJ Taylor.

Overall, this was a good night for those that were truly worried about this team. There’s a long way to go and the starters haven’t seen real action yet until Carolina rolls into town this week, but given the level of panic over the last few days, everyone can take a deep breath for now and have confidence that things are progressing.