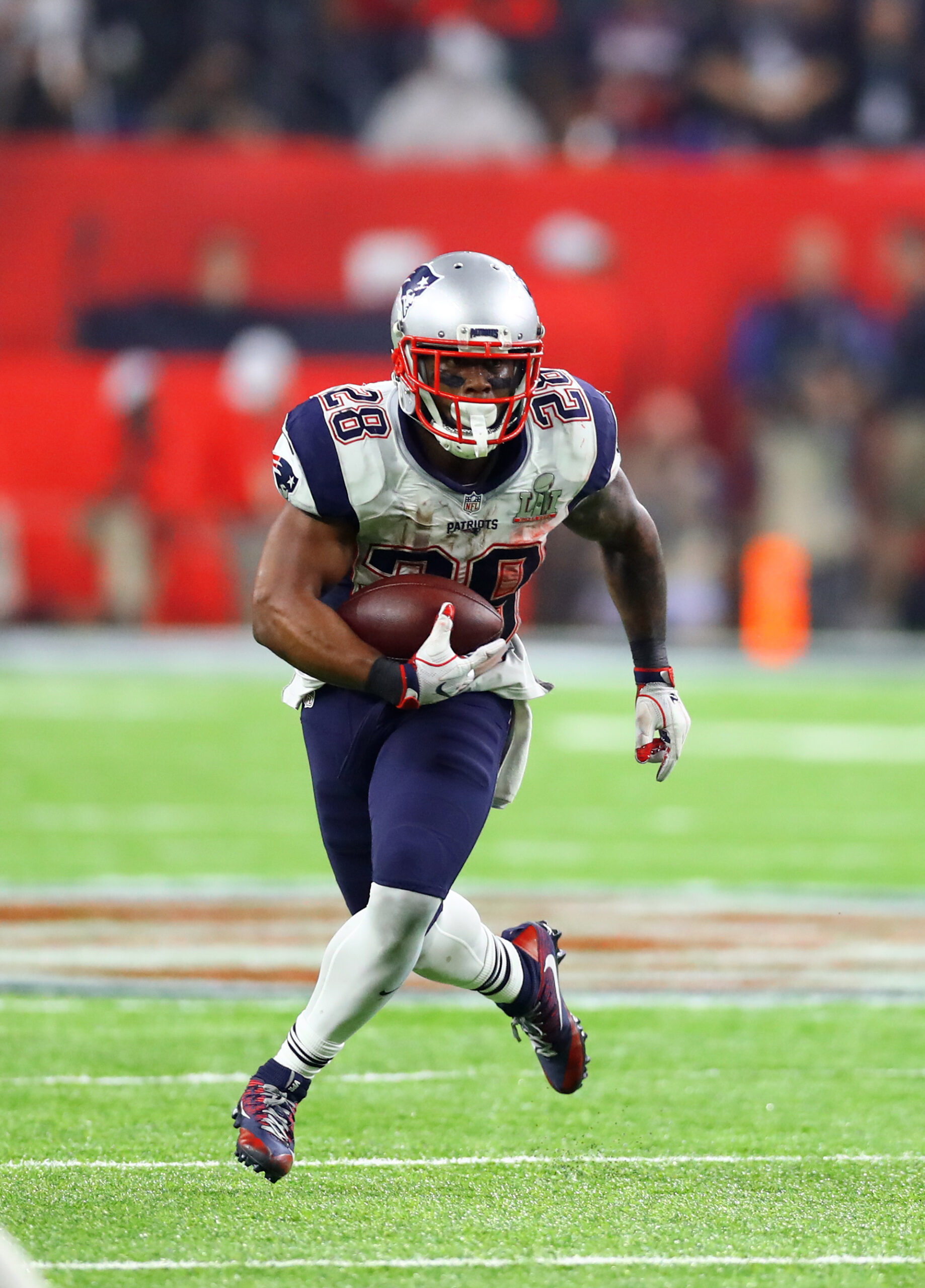 Another piece of the dynasty is riding off into the sunset.

James White announced his retirement from the NFL on Thursday morning. White played his entire nine-year career with New England and will forever be remembered for his contribution to the Super Bowl LI comeback against Atlanta, his dependability and consistency.

“James White has always been one of the most reliable and dependable players on the field,” said Patriots Chairman and CEO Robert Kraft. “He’s a soft-spoken leader who has led by example and was the best at what he did, leading all NFL running backs in receptions and receiving touchdowns over the past seven years. Our fans will remain eternally grateful for his record-setting performance in Super Bowl LI when he helped the Patriots overcome a 28-3 deficit by scoring 20 points, including the game-winning touchdown in overtime.

“As great of a player as James has been for us, he’s an even better person. He is a man of great character and integrity and earned everyone’s respect through his work ethic, professionalism and positive daily demeanor. James became a part of the Patriots’ family while in New England and while his presence in our locker room will be missed, we are happy for James and his family as they embark on a new adventure. As a three-time Super Bowl Champion, we look forward to celebrating his career contributions for years to come.”

Most recently, White talked about still having trouble walking back in July while recovering from the hip subluxation, so it felt like this day may have been coming at some point, it was just a matter of when.

“It has been an honor to represent my family, my teammates and the people of New England as a Patriot!” White said in a social media post on Twitter and Instagram. “Reflecting on my nine years in the NFL, and all the sacrifices it took to get here, there were many people that were as much part of this journey.

“Thank you to my wife and kids for sacrificing my time with them to allow me to play football. My wife Diana, especially. People do not fully appreciate the sacrifices that our significant others and families have to make to allow us to do everything to perform at such a high level, and Diana has been there every step of the way.”

“Thank you Mr. Kraft, Coach Belichick, and the entire Patriots organization for giving me the opportunity to live out my childhood dream,” White wrote. “To be able to play my entire career for one franchise, in front of the best fans in the NFL, has been a tremendous blessing and honor.

“To my teammates, thank you for pushing me to be a better person and player. I truly value and appreciate the lifelong relationships I’ve built along the way. It’s these relationships that have helped shape me to be the man that I am.”

Head coach Bill Belichick had high praise for White as well, who finishes eighth in Patriots history for receptions (381) and second for running backs, only behind Kevin Faulk’s 431 catches.

“James defines the term consummate professional,” said Belichick. “His dependability, consistency, unselfishness and performance under pressure are elite. Combining great intelligence, quickness and elusiveness, James was a perfect fit for our pass offense. While soft spoken, he brought exceptional leadership and competitive toughness to the team. He was a multi-year team captain and one of the most respected, best team players I have ever coached.”

White’s play on the field will stand the test of time in Patriots lore, but his courage to return after losing his father tragically back in September of 2020, and then his fight to try and get back this season after such a gruesome injury is what people should admire and remember the most. If you’re a leader of any kind whether you’re a teacher, coach, whatever it may be, simply point to White for the best example of mental toughness and character.

“To my loving parents who have done everything possible to help me achieve my goals as a player and a person, thank you for your unyielding love and support,” wrote White. “You took the time in taking me to camps and workouts to assure I was in the best possible position to achieve my dreams. I am forever grateful. Most importantly, thank you for pushing me to be the man I am today. I hope I have made you both proud.

“To say that Foxboro will always have a special place in my heart is an understatement,” he added. “It’s been the most significant chapter of my adulthood; my kids were born here; it’s the place we know the best as adults and where I have grown and created my family. Thank you to every coach, friend, family member who have watched and supported me throughout my career. It did not go unnoticed.”

In 20 years when we reminisce about the 2014, 2016 and 2018 Patriots, one of the first player that comes up in any discussion will be James White. You can’t talk about those titles – particularly 2016 and that memorable dive towards the pylon – without mentioning him in the first sentence along with Brady, Edelman and Gronk. White’s place in history here is firmly cemented.