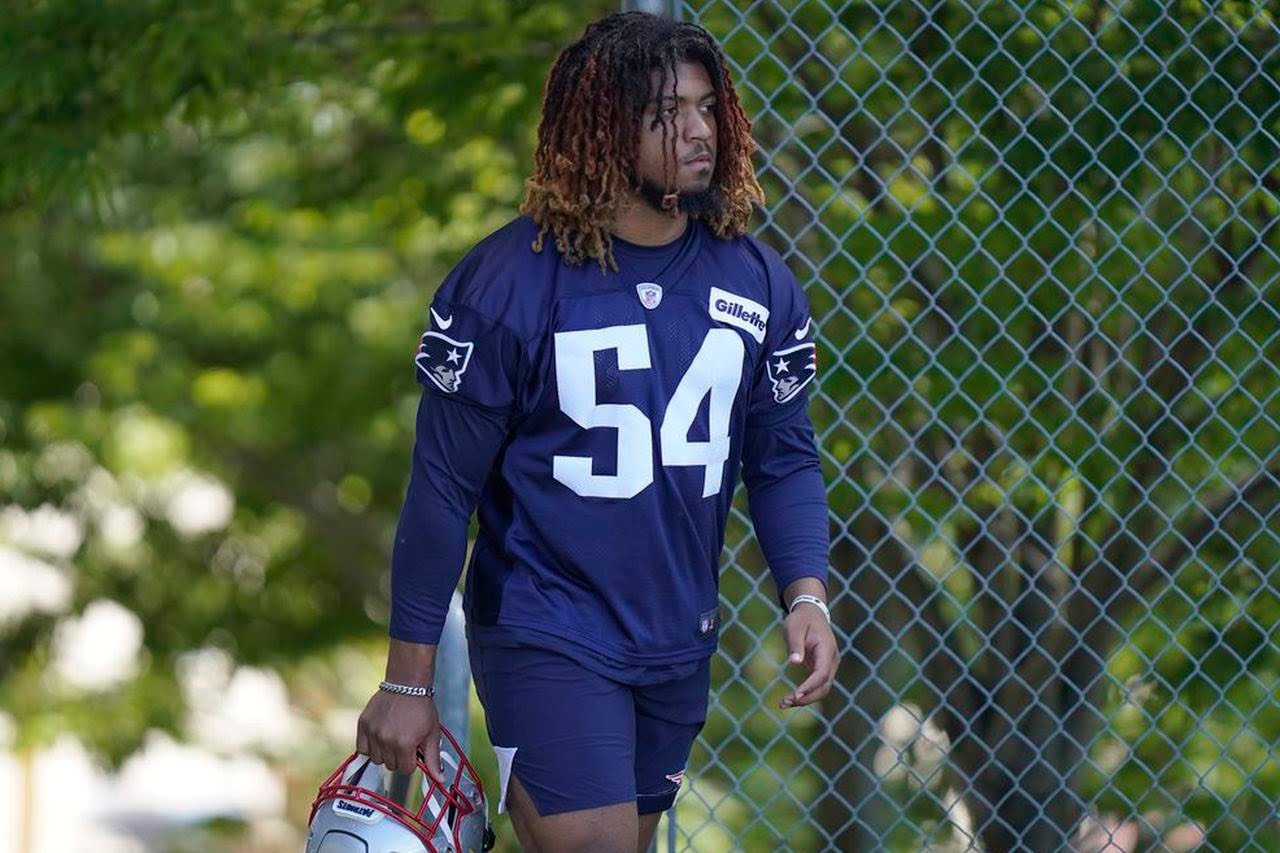 The Patriots kick off the 2022 preseason tonight. Here are ten players that we will be watching and evaluating in this game.

1. Cameron McGrone, LB: McGrone missed all of last season due to a torn ACL. He is back and while he hasn’t popped in camp yet, tonight will be our first opportunity to see him in action. McGrone has good size and instincts and he plays physical. This will be a good opportunity to evaluate the 2021 5th round pick out of Michigan.

2. Ronnie Perkins, EDGE: We all know the Patriots lack a pass rush presence opposite Matthew Judon. Coming into camp, many believed that Perkins could be the guy that gives them a secondary pass rusher. We haven’t really seen it camp yet and it is to be expected. Perkins missed all of the regular season in 2021. It is not a surprise that he would be a little rusty. A strong performance tonight however could help him gain confidence and help the team as well.

3. Bailey Zappe, QB: Zappe has impressed me at times in camp with his pocket mobility, accuracy outside the hashes and his quick release, but I need to see more. I want to see how he commands an offense and how he handles NFL pressure. He will not have the time in the pocket he had in college. We will see how he handles that tonight.

4. Jack Jones, CB: Jones had a good mini camp and he’s been steady in training camp but you want to see more. He has the physical tools necessary to play field corner in a man to man cover scheme but we need to see him get game reps. Tonight will provide us with that opportunity.

5. Marcus Jones, CB/KR: The rookie third round pick has been up and down at times in training camp but you see the quickness and burst when he pursuits. I would like to see more out of in coverage. I think he can hold his own in dime packages but I’m not sure he’s ready to play nickel. He might tonight but he will not play any during the regular season unless there are injuries.

6. Joshuah Bledsoe, S: Bledsoe is another rookie who missed last season with injury as well. He has had a good camp displaying good speed, athleticism and range. He has the ball skills and the scheme versatility to be a three down player in the future. It will be good to get a look at him in game action tonight.

7. Pierre Strong, RB: Strong will now have an opportunity to play more with James White retiring. Strong is a balanced runner who runs behind his pads, makes effective cuts and can separate in the second level. He can also be a factor in the passing game and screen game. We should get a good look at him tonight.

8. LaBryan Ray, DE: The undrafted rookie has had a good camp thus far. He has shown good burst on the snap, plays with strong hands and has flashed pass rush ability. He has a good shot at making the roster because of his versatility and is a player worth watching tonight.

9. Tre Nixon, WR: Nixon has had a good off-season and camp. Now he gets a chance to play in a game and prove that he can compete for a spot in a crowded receiver room. Nixon has strong hands, runs clean routes and can separate after the catch. It will be tough for him to make the 53 man roster but the staff likes him and if he can put some good stuff on tape, it will help his case here and possibly elsewhere.

10. Arlington Hambright, OT/OG: The former 2020 seventh round pick of the Bears has had a good camp. At 6-5 325, he offers swing versatility. He can play guard or tackle. The sixth and seventh spots along the offensive line are wide open and Hambright is in the mix for one of those spots. A good game tonight could go a long way.