The Stonehill Skyhawks opened training camp this week and needless to say, there was a buzz in the air as the Skyhawks make the move up to Division One.

There was a lot to take in but here are ten observations I made after attending practice.

1. Quarterback competition: The Skyhawks had a quarterback competition in the spring and it’s continued into fall camp. Juniors Jackson Zalinsky and Andrew Janik along with sophomore Matt Arvanitis are the front runners to replace Anton Stoneking. Sophomore Asher Carraha is also in the mix. 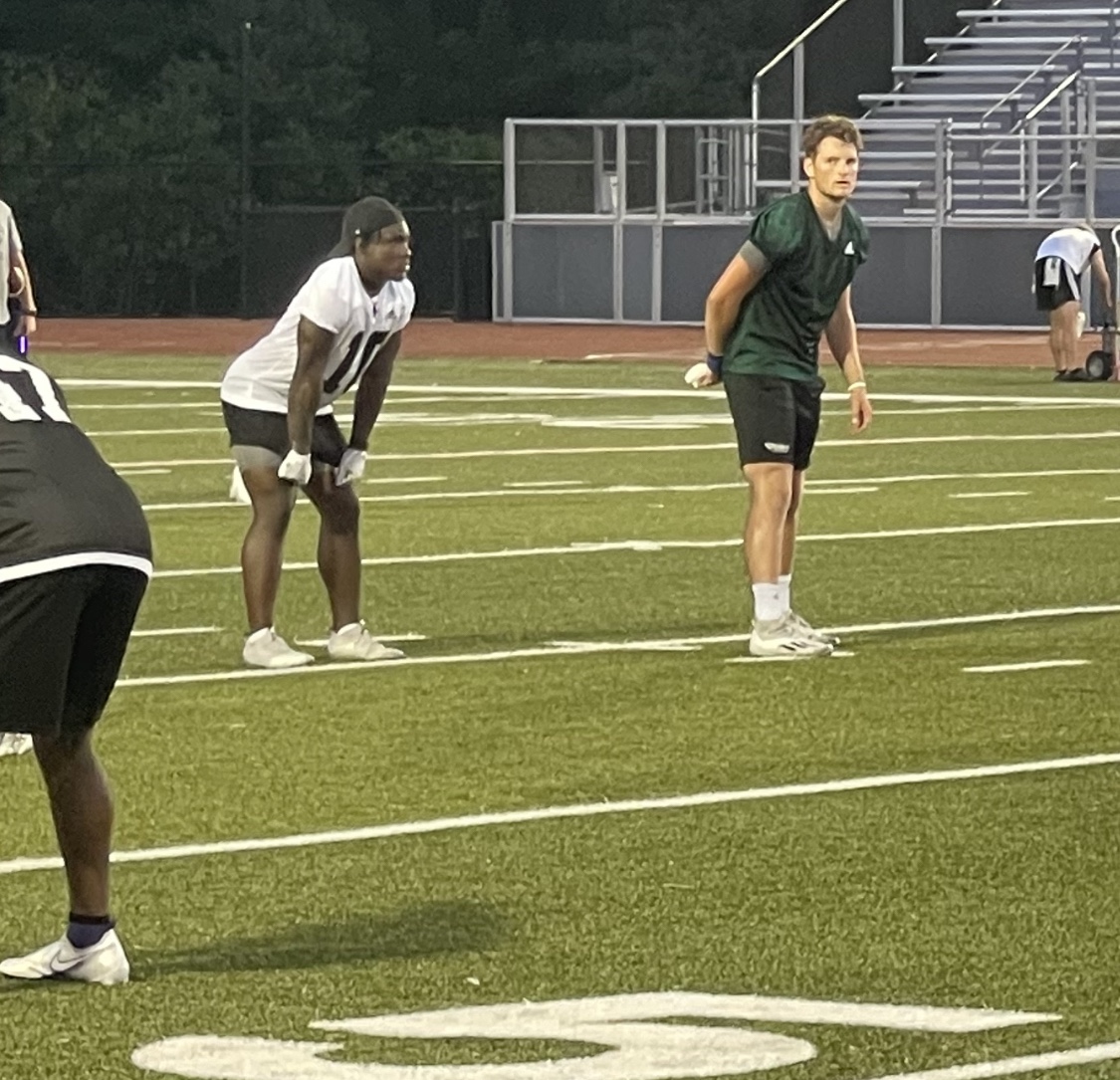 3. Receiver depth: Stonehill is deep at receiver. The aforementioned Dormercant along with senior DeAaron Lawrence and juniors Cameron Alves, Will Diamantis and sophomore Bryson Carter make up a dynamic group that can do a variety of things in offensive coordinator Tyler Moody’s system.

4. Defense has an edge: The defense practices with an edge and it shows. The Skyhawks are undersized up front but they have athletes and length on the back end and those guys play with the same edge the front seven does. This defense has the potential to give offenses in the NEC fits.

Stonehill linebacker Sam Murphy and safety Masyn Lorick share their thoughts on day one of camp, the upcoming season and the move to the @NECFootball @StonehillFB #CanpVisit pic.twitter.com/f2Zmxj3uXY

5. Experienced offensive line: The Skyhawks return a lot of experience along the offensive from last season and that experience should pay off now with the move up. Seniors Joe Bastante, David Satkowski and Thomas Walsh along with juniors Thomas Buxton and Kyle Hess will start but the Skyhawks have other young lineman that they like as well. This group is physical and they will pave the way for what should be a good offense.

6. Running back Jermaine Corbett is versatile: The junior running back out of New Jersey impressed me with his versatility. He could be a real factor for the Skyhawks offense this season.

7. Secondary powers the defense: Lead by senior Masyn Lorick and Kevin Porch, the Skyhawks secondary should be one of the best in the NEC. This group is athletic, physical and versatile. They can do a lot of different things on the back end in the Skyhawks defense.

8. Excited for the D1 challenge: Gardner hasn’t shied away from the challenge. He is genuinely excited about the opportunity to play division one football.

“This is a huge jump for us but we take great pride in the work we have to do and the opportunity that we have to represent our college on that type of scale and level.”

9. Practice Pace: The practice pace was good for a first practice. You can tell the coaches and players alike were chomping at the bit to get back out there and compete.