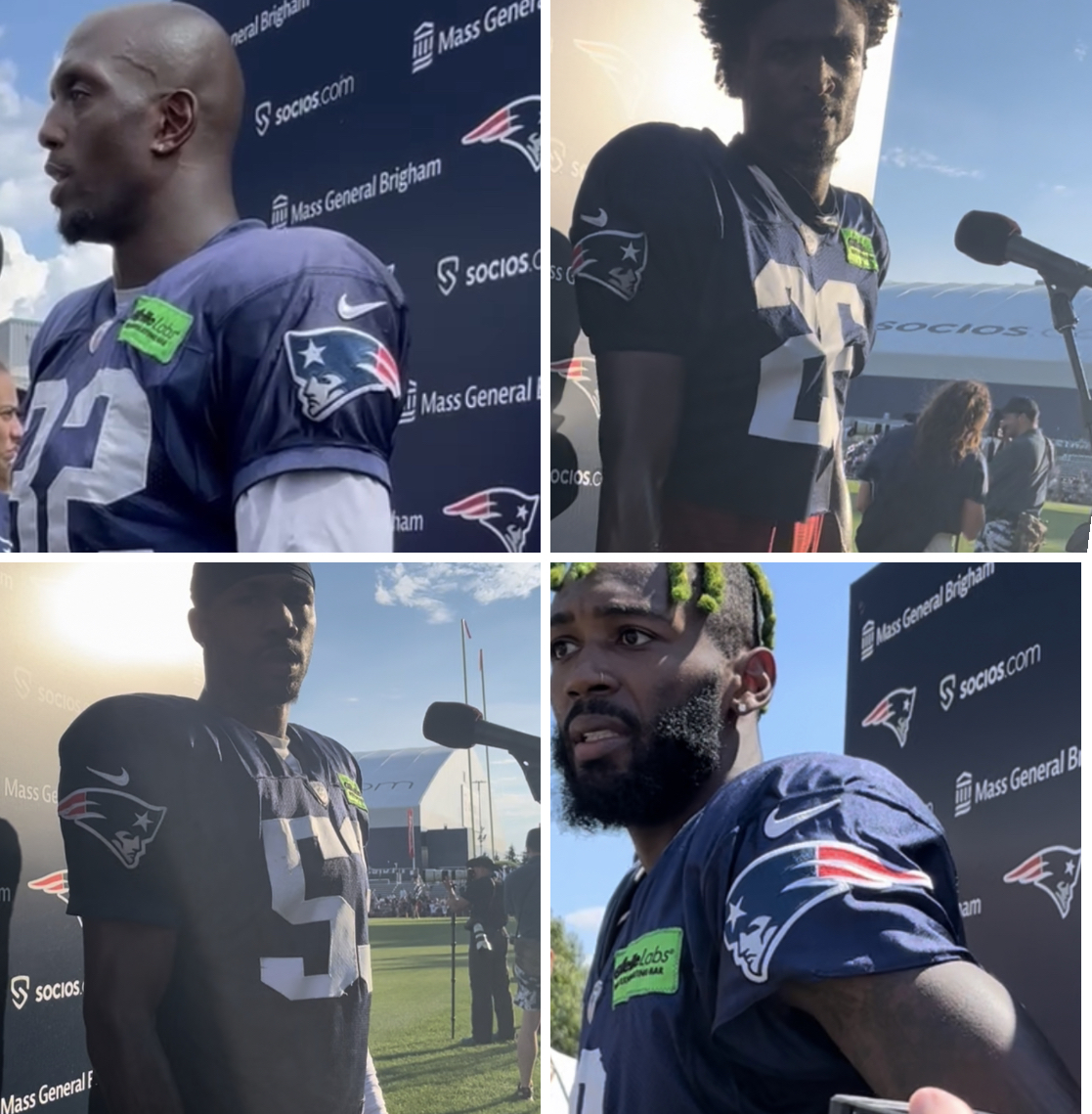 Yes, the offense has looked poor for the majority of training camp, but that’s because we may have severely underestimated this defense heading into training camp.

After two weeks, it’s clear the offensive line still needs time to get communication down – David Andrews and Mac Jones said as much earlier this week – but part of the reason it’s looked so bad at times is because the defense is clearly faster and more confident than it was in January.

Remember, before the bye, this was one of the best defenses in the league. The meltdown the rest of the way last season is obviously concerning, but with a full offseason, minicamp and two weeks of training camp in the books, the way this unit has played is hard to ignore and frankly, it’s unfair to simply say it’s because the offense isn’t on the same page.

“A lot better, just the verbiage,” Jalen Mills said of the communication earlier this week following practice. “Being somewhere for so long, and last year being my first year here, total new defense with guys I wasn’t used to…now, having full OTA’s, with those guys again going into my second camp, it’s night and day.”

So far, the secondary has won most 1-on-1 battles in camp during 11-on-11. Malcolm Butler has had good days and bad but he should be adequate. Mills and rookie Jack Jones appear to be solid options and you never really have to worry about Devin McCourty, Adrian Phillips or Kyle Dugger.

Monday’s practice was the best the defense has had all camp, flying around for two hours making life miserable for Mac and the offense and prompting Andrews to “rally the troops” after the session. Even as a rookie, Jack Jones knows what those types of days can mean for the unit during the dog days of camp.

“That’s what every defense wants, 11 to the ball,” he said. “Eleven flying around to the ball, whatever it may be, but you want to play full speed no matter what. As long as the defense is playing full speed I think we’re in good hands.”

The linebackers – particularly Ja’Whaun Bentley, Raekwon McMillan, Anfernee Jennings and Mack Wilson – have shown exponentially more speed than what the Patriots had a year ago when they got blown out by Buffalo. The new scheme is part of the reason the Pats haven’t ran the ball well in camp, but so are the linebackers who have filled holes quickly or been in the backfield during the QB-RB exchange. Christian Barmore is by far the best player up front, Lawrence Guy is pretty damn consistent and another year in the system for Davon Godchaux – and a new contract – should push him to have a big year too.

“It just brings energy to the defense, from the back end to the front,” added DB Shaun Wade when talking about that Monday practice. Wade has had an up-and-down camp so far, but should also play a role. “We’re striving to be consistent every day,” he added.

Thursday night will be the first chance we get to see if this defense is for real or not, sort of. You’ve got to believe most starters won’t play, which means the joint practices and preseason game against Carolina will be the true litmus test. But, at least for now, there’s hope and reason to believe this defense can turn some heads and possibly bail the offense out if need be.