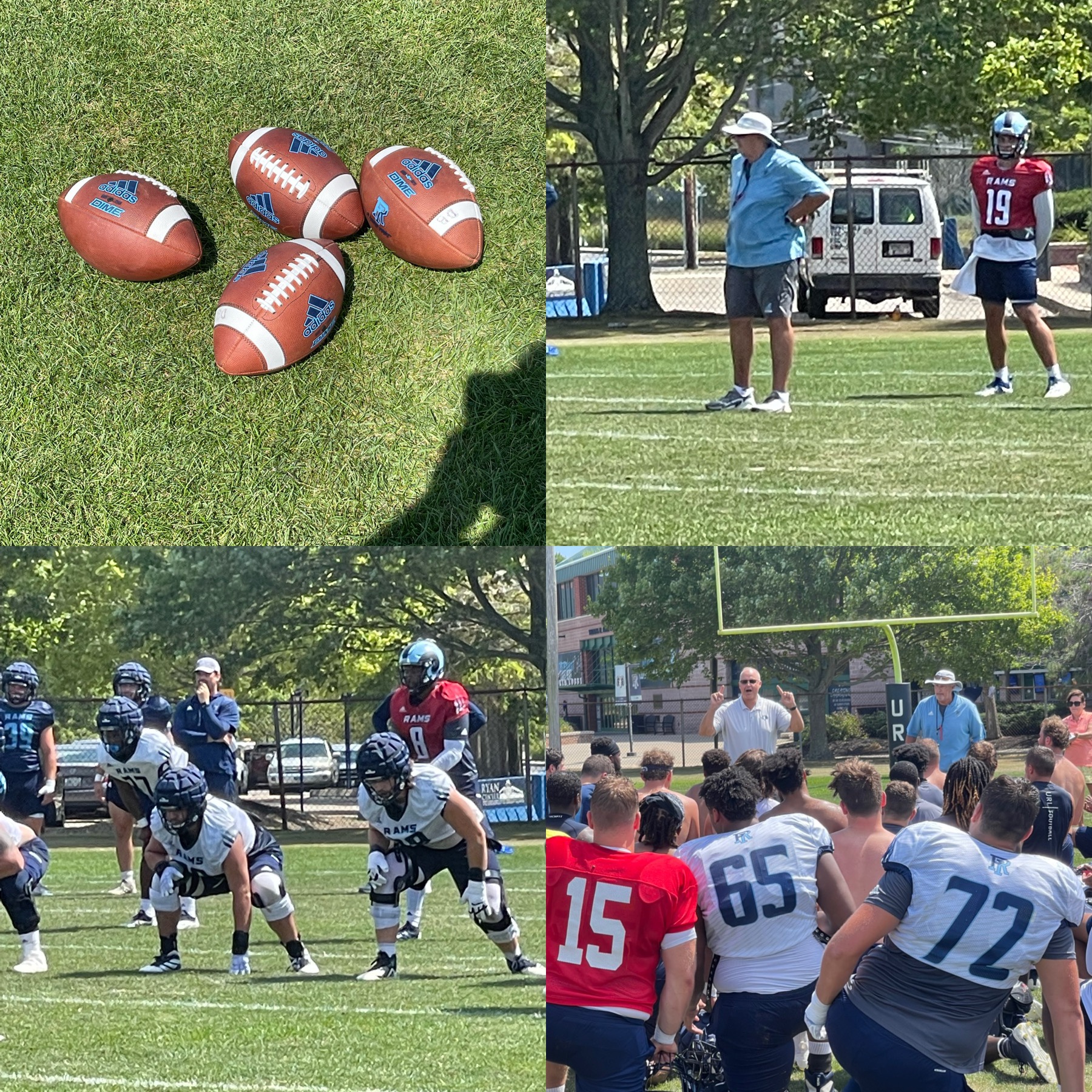 We visited with the Rhode Island Rams on Monday morning. The Rams are coming off of a 7-4 season in which they contended in the CAA and were in the hunt for an at large playoff bid. Here is what learned.

1. Transfers aplenty: Jim Fleming and his staff fortified the roster this off-season through the transfer portal. The Rams added 11 total players from the portal and the majority of them should make an impact this season.

The players that transferred to URI are: 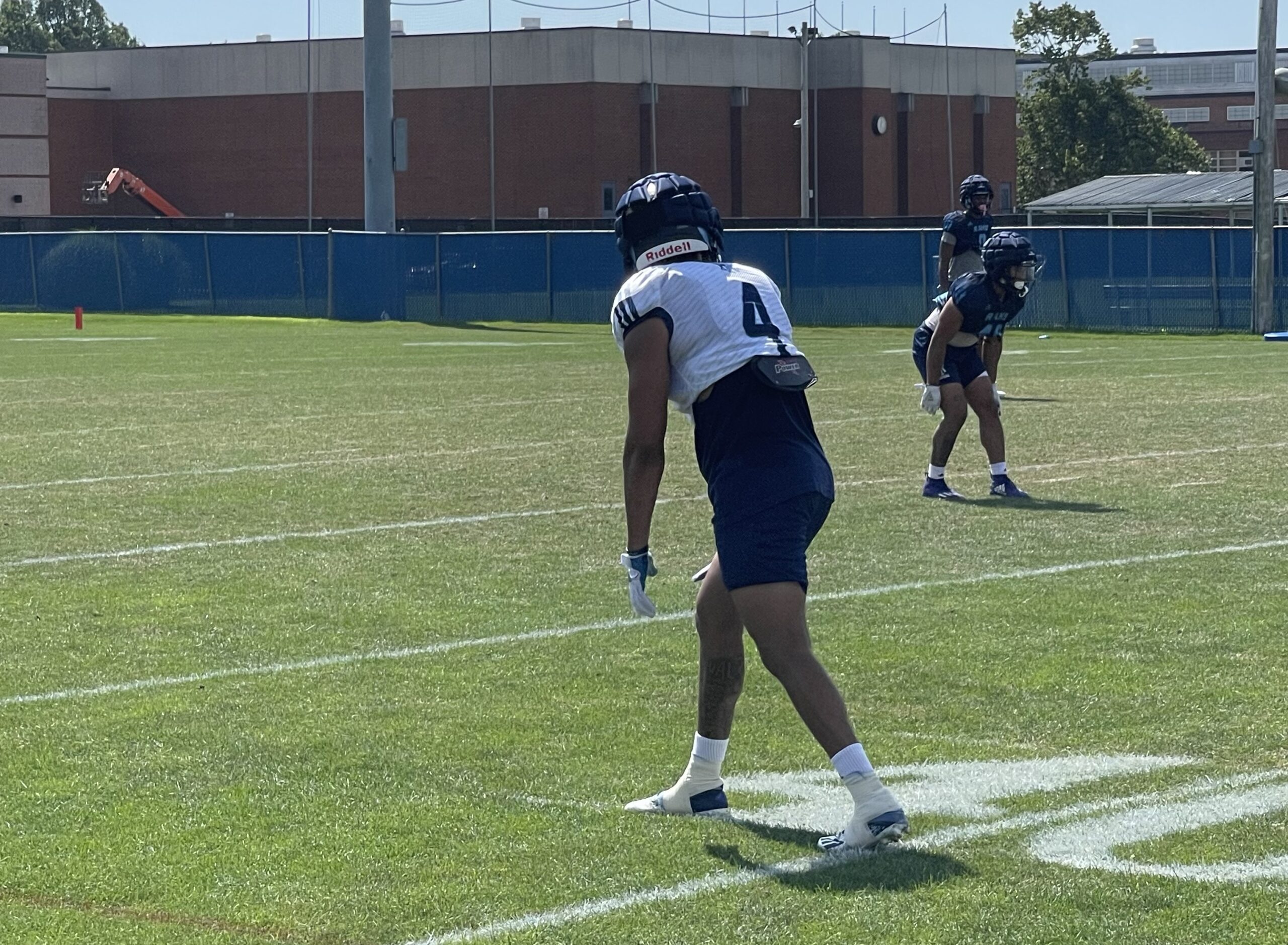 3. Secondary pops: The Rams secondary is athletic and aggressive. Led by cornerback Jordan Jones, and safety O’Neil Robinson, this is a talented unit that can do different things. Transfers Randy Jordan and Jordan Colbert also figure to be in the mix, giving this group great depth. 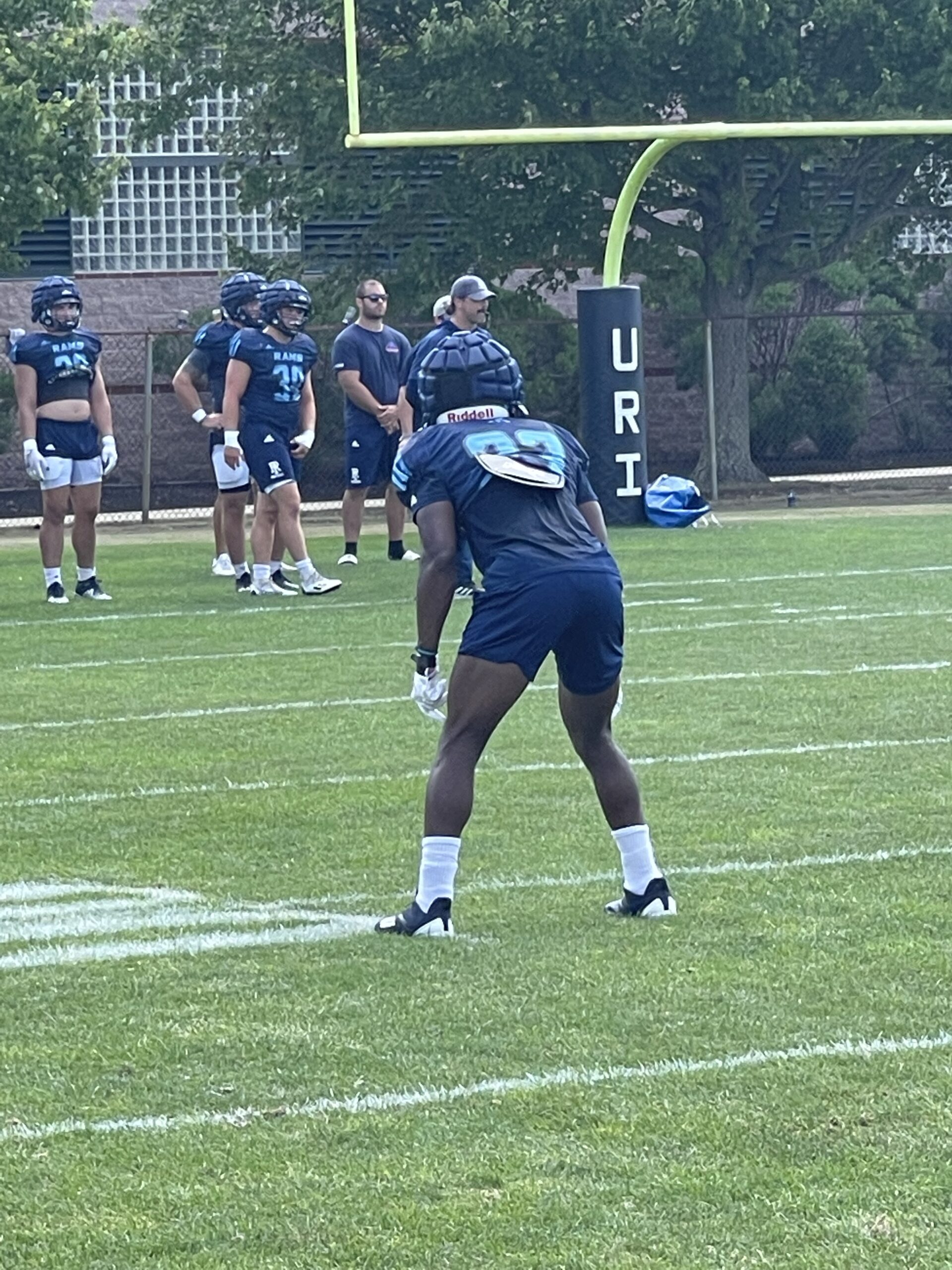 Senior CB Jordan Jones is one of the best corners in the CAA.

4. Running back is a talented position: Sophomore running back Jaylen Smith is fast and looks to be poised for a big season. He could form a dynamic one, two punch with Everett’s Kevin Brown. Freshmen Jaden Griffin will also be in the mix. He runs with good balance and has a second gear in space.

5. Henry Yianakopolos lines up everywhere’s on defense: The senior hybrid from New Hampshire will play everywhere in the Rams defense this season. Yianakopolos is a former safety but will play mostly linebacker in the Rams base and sub packages. It only makes sense that the Rams move Yianakopolos around. He can impact a game in a variety of ways. 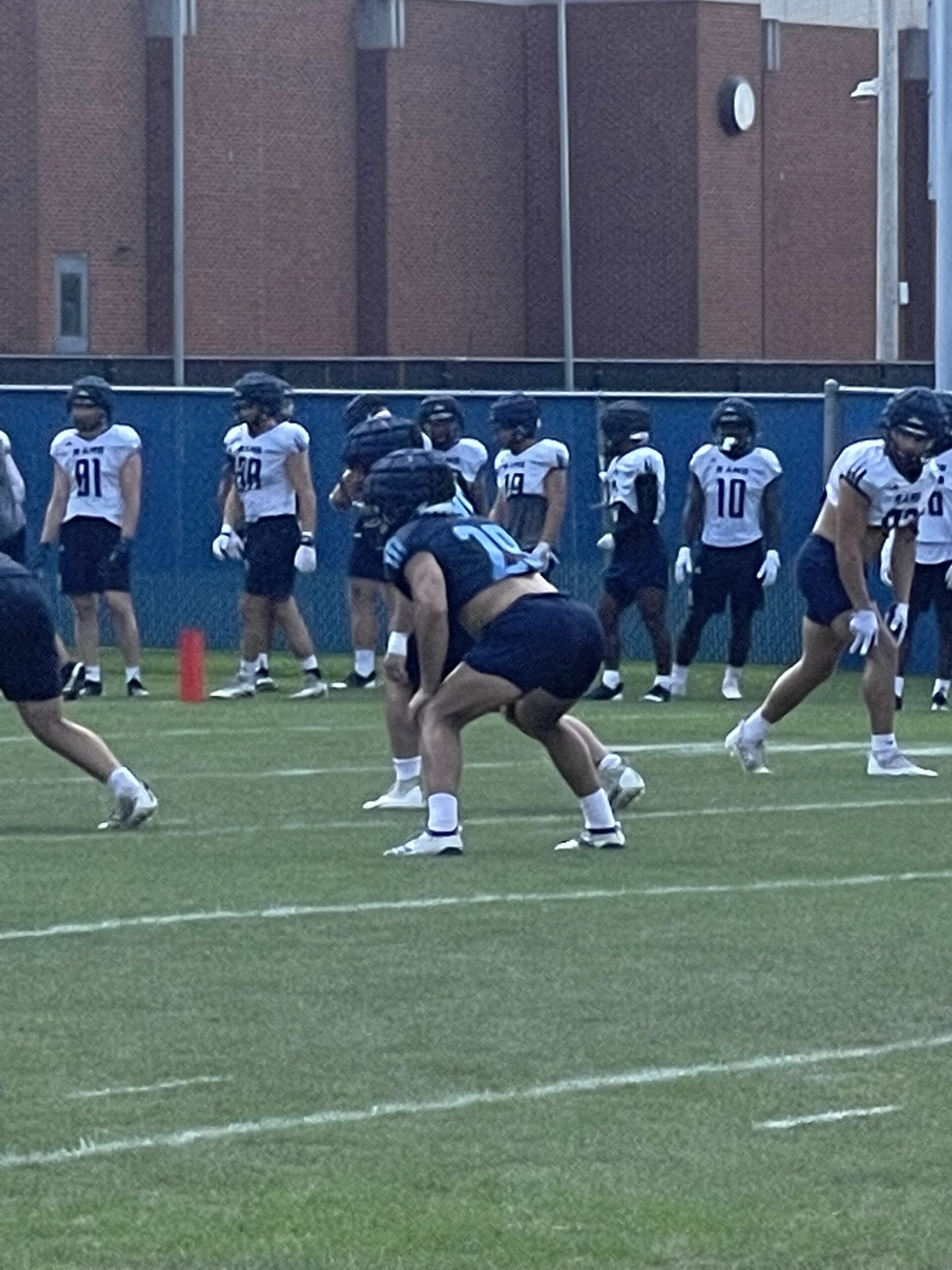 6. Kasim Hill ready to take the next step: Senior quarterback Kasim Hill had a breakout season for the Rams last season and is one of the best returning quarterbacks in the FCS. Hill is a dual threat who can impact a game in a variety of ways. Offensive coordinator Patrick Murphy is not afraid to run Hill so look him makes running and throwing the ball once again. 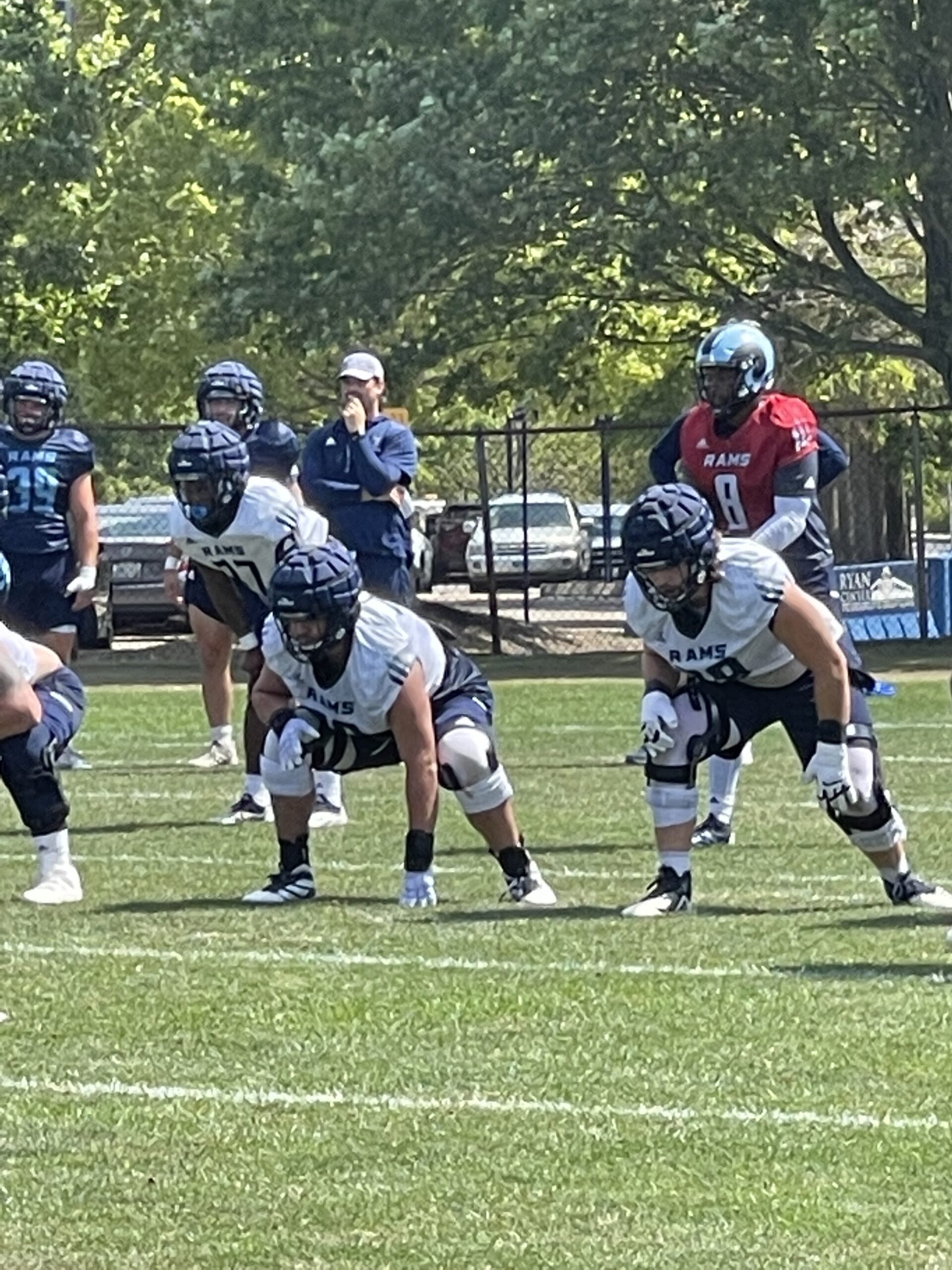 7. Freshmen Marquis Buchanan looks like the real deal: Buchanan caught my eye. While he didn’t make any big plays he was easy to spot. Buchanan is a terrific athlete. He’s twitchy and explosive in space. The staff likes him a lot and I was told he could see some time as a freshmen. It is hard to not to play him. Buchanan was special in high school and could be for the Rams as well.

8. Overall depth is there: The Rams are certainly deeper than in years past and it showed in practice when the staff was rotating two and three consistently. Plenty of reps were distributed.

9. Vibe is different: A year ago the Rams were coming off of a surprise spring season. There was still excitement in the air going into last season. This year’s camp vibe was different. This team expects to compete now. It was all business. 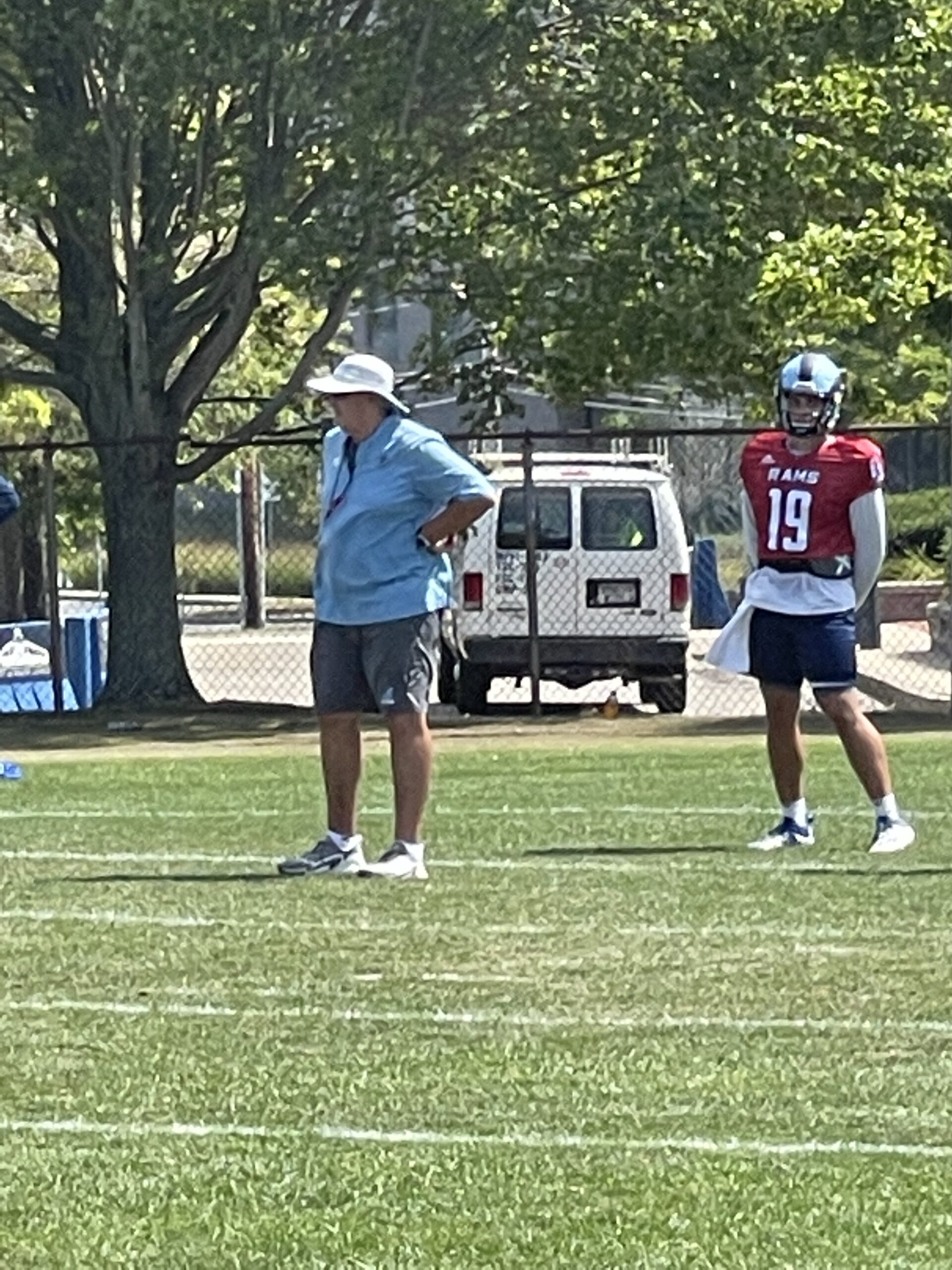 10. Athletic Director Thorr Bjorn spoke to the team: Bjorn gave the team a great speech after practice. It was full of passion and it was genuine. As a former player himself at UMass, Bjorn can relate to the staff and players and what they are going through. He has been a great advocate for the program and you can clearly see that there is mutual admiration between Bjorn and the team. 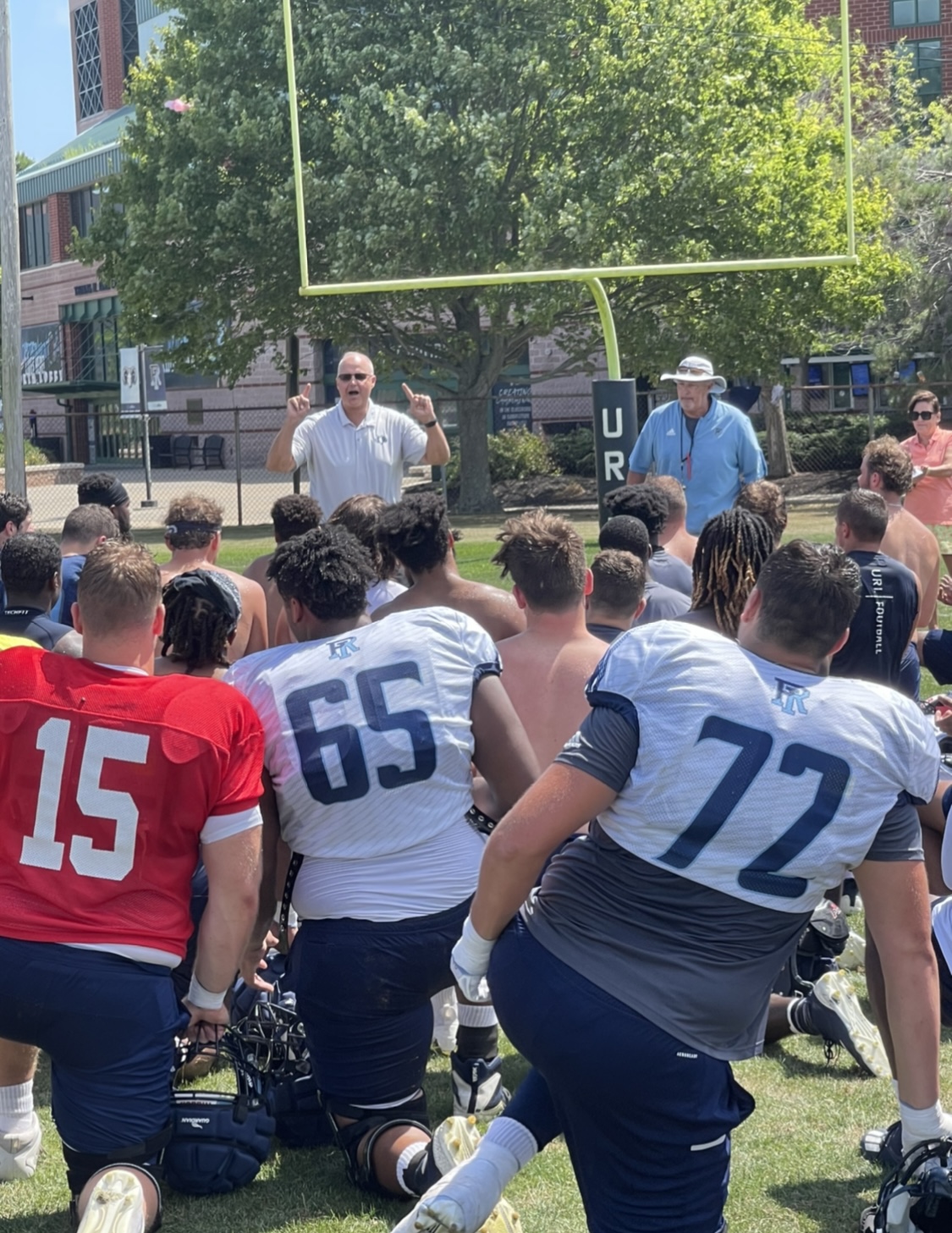