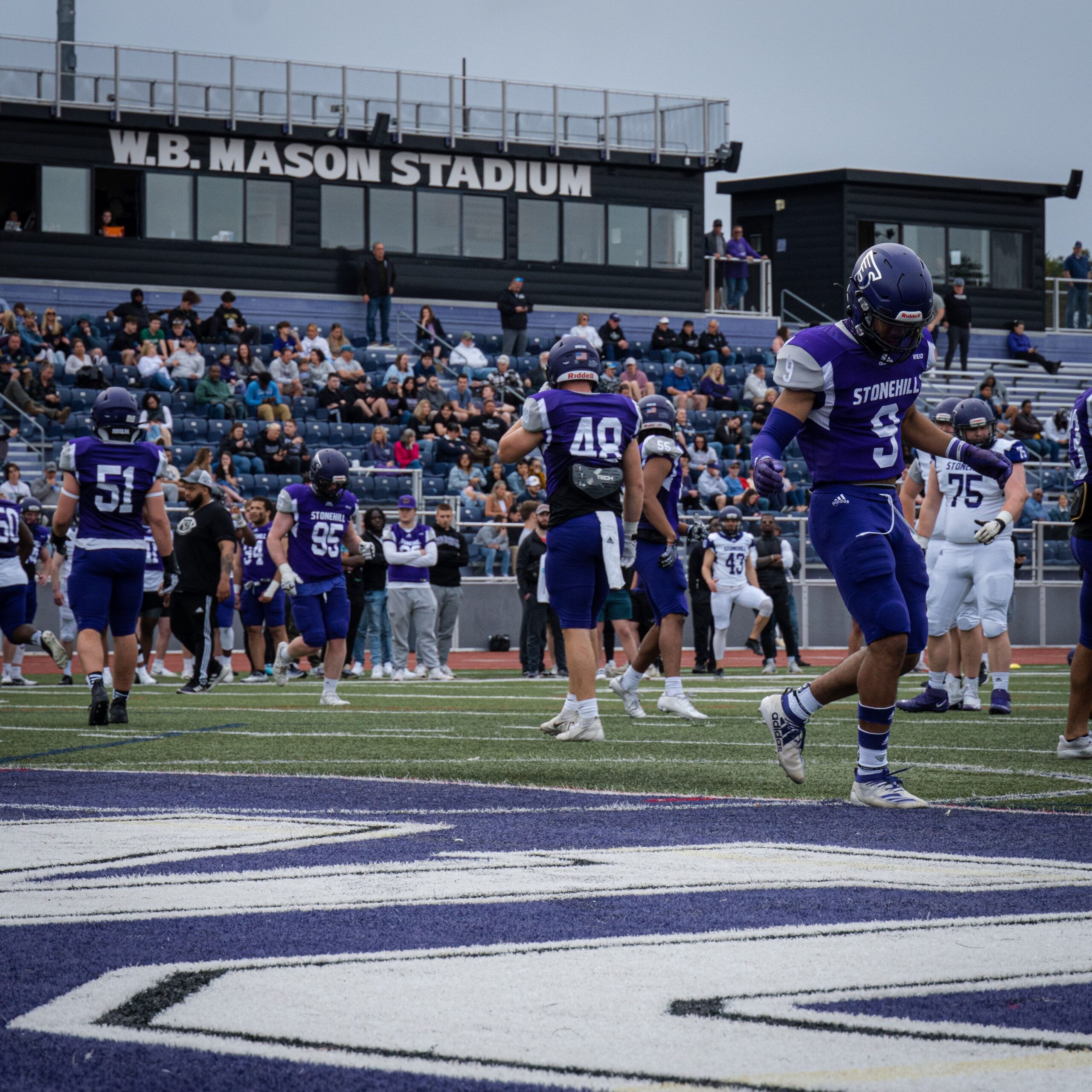 The Stonehill Skyhawks are entering their first season as a Division One program. They are going to be members of the NEC.

Stonehill announced the move up this past spring so head coach Eli Gardner and his staff haven’t had much time to get ready.

The Skyhawks are coming off of an 8-2 season in the NE-10 and return several key contributors from that team so they should be able to compete right away.

Here are three things we will be watching at camp.

1. Quarterback Competition: It seems like every program in the area is in the midst of a quarterback competition but the Skyhawks actually have one on their hands. Jackson Zalinsky, Matt Arvanitis, Andrew Janik and freshmen Ashur Caraha are all in the mix to start. Gardner said in the spring that the competition will carry over into camp.

2. Skill group: The Skyhawks have a diverse skill group that can do a lot of different things within the offense. The quarterbacks will have plenty of skill to throw to. Wide receivers Cameron Alves and Deaaron Lawrence return as does tight end Spencer Duthrie. Sophomore Chris Domercant is a player to watch. He has length and is explosive with the ball in his hands. The Skyhawks also have several backs that they can get the ball to, most notably sophomore Jarel Washington who looks to be a weapon out of the back field.

3. Defense: The Skyhawks return a talented secondary led by Masyn Lorick and a stout front seven that features linebacker Sam Murphy and defensive tackle Matt Beekey. The Skyhawks will be undersized on defense but athletic. They will give opposing offenses fits.

Final analysis: Stonehill’s maiden voyage into the NEC will have its challenges but the Skyhawks have talent and if they can get this group in shape and ready to go in camp, they will be competitive.