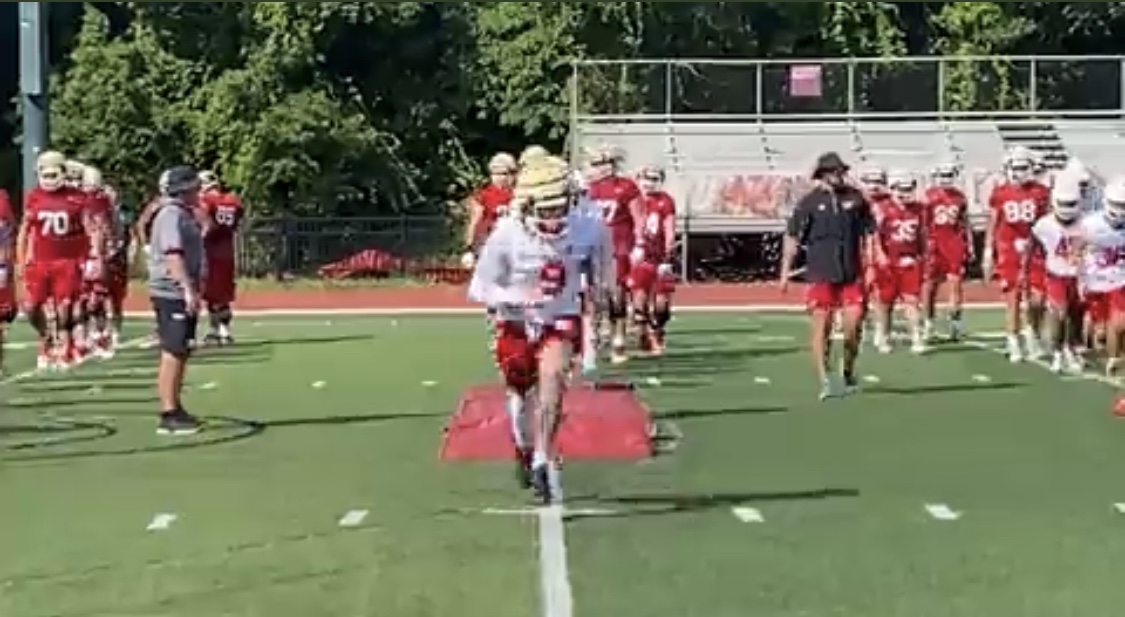 Sacred Heart kicked camp today in Fairfield, Connecticut. The Pioneers are the pre-season favorite to repeat in the NEC.

Here three things we are watching in fall camp.

1. The passing game: The Pioneers will pound the rock with Grant and McCray but throwing the ball be the key to their success offensively because it will get defenses off their backs. I am curious to see what the passing game looks like. Wide receiver Kenneth Womack will be the main target but other receivers will need to emerge as well.

2. Revamped offensive line: Replacing stalwarts like center Josh Sokol and tackle J.D DiRenzo will be tough. As coach Nofri pointed out last week, there are plenty of talented lineman on the roster but replacing two All-American type players will be tough. Luckily the Pios have Jon Mucciolo which should stabilize things.

3. Front seven: Linebacker Deandre Byrd and defensive end Kevin Peprah are both preseason all NEC but this defense has talent across the board and they complement the offense well. We are looking forward to seeing how this unit develops in camp.

Final Analysis: The Pios have a challenging schedule as always but with a talented team back and am experienced staff, they should win the NEC if they stay healthy. The key of course is how well they plug some of these holes. That’s what this camp will be all about.