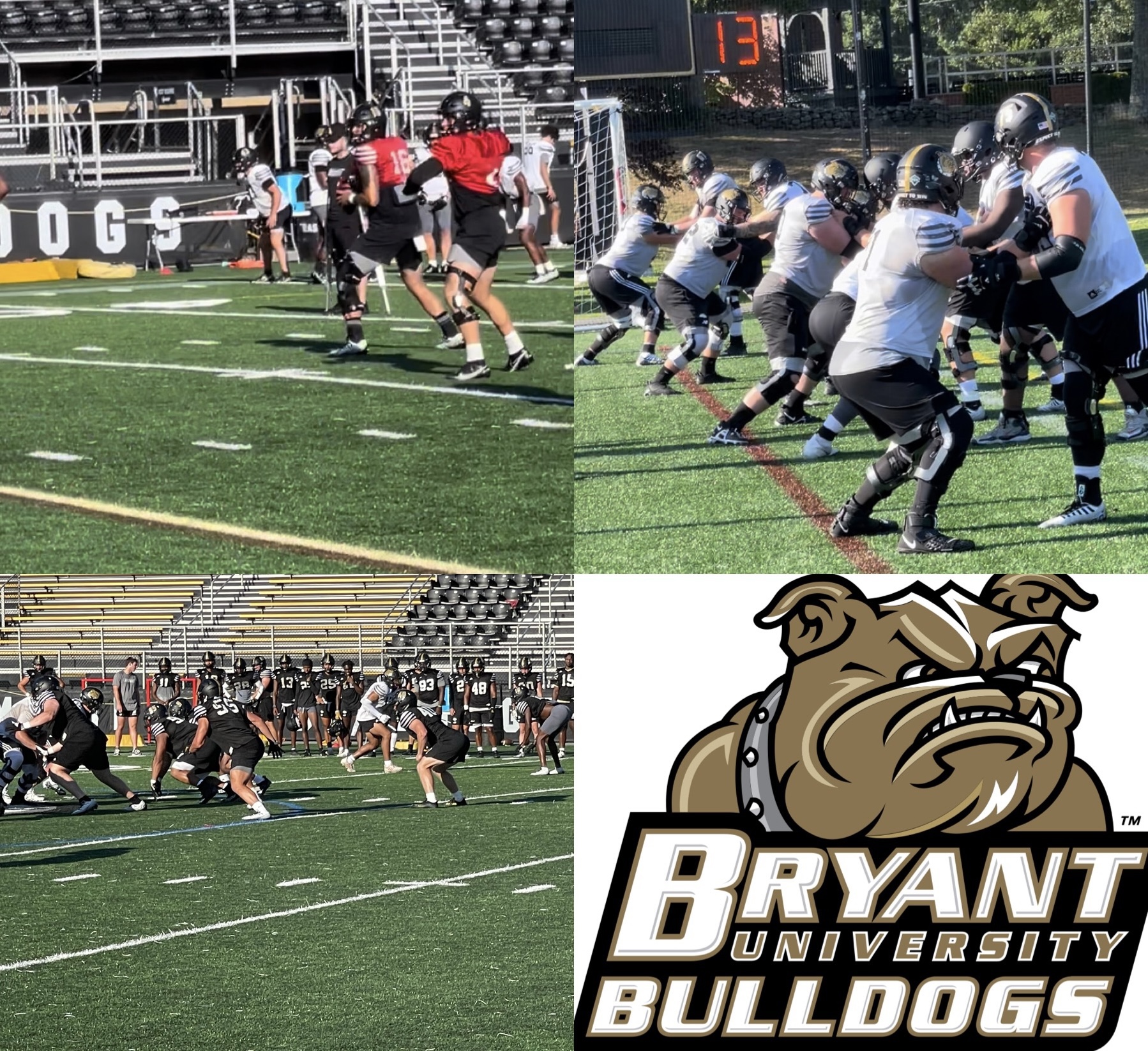 We visited Bryant University yesterday and checked in with the Bulldogs on Day 5 of training camp. Here are ten takeaways.

1. Experience: The Bulldogs have a lot of experience back on both sides of the ball. Head Coach Chris Merritt believes that experience will help his team navigate through the upcoming season.

2. Who’s house? Zevi’s house! After sitting out spring ball, sophomore quarterback Zevi Eckhaus is back and he looks like the unquestioned leader of the team. He looks healthy, poised in the pocket and ready to follow up a great freshmen campaign with another big season. 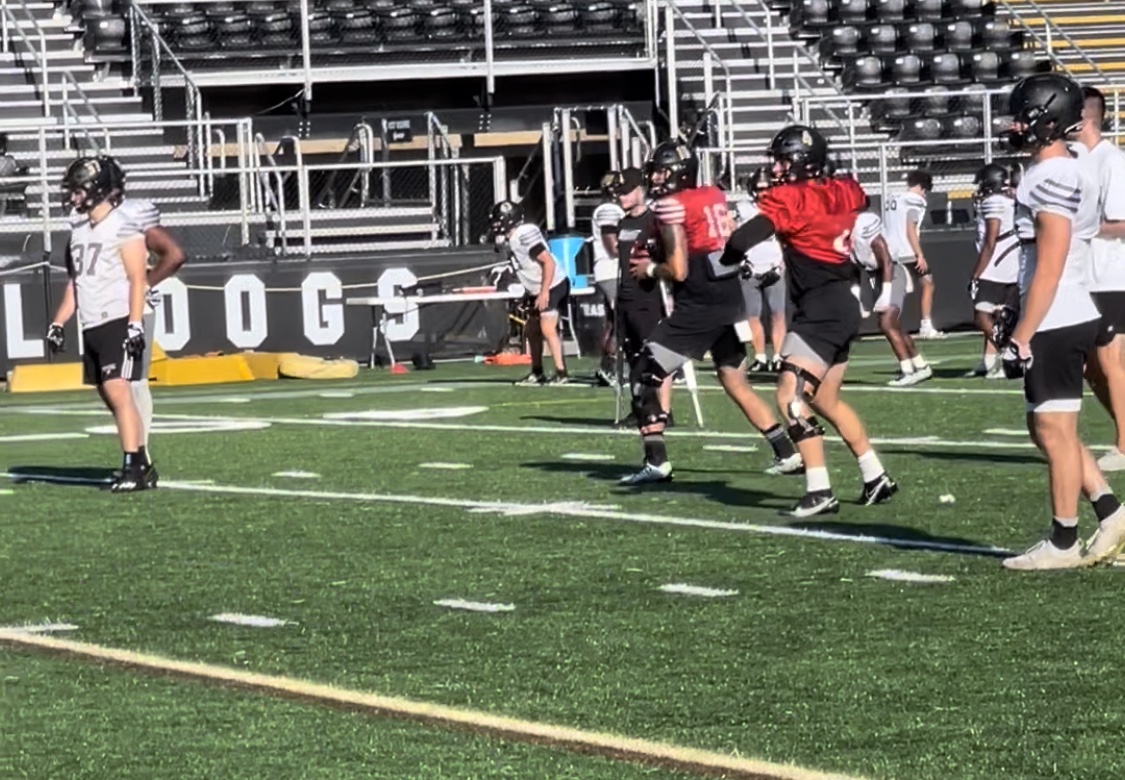 3. Receivers had a day: The wide receivers had a big day. Everett’s David Zorilla is the leader of the group and he really stuck out but so did junior Landon Ruggieri and Derrick Eugene who both made plays in skelly and in team sessions. 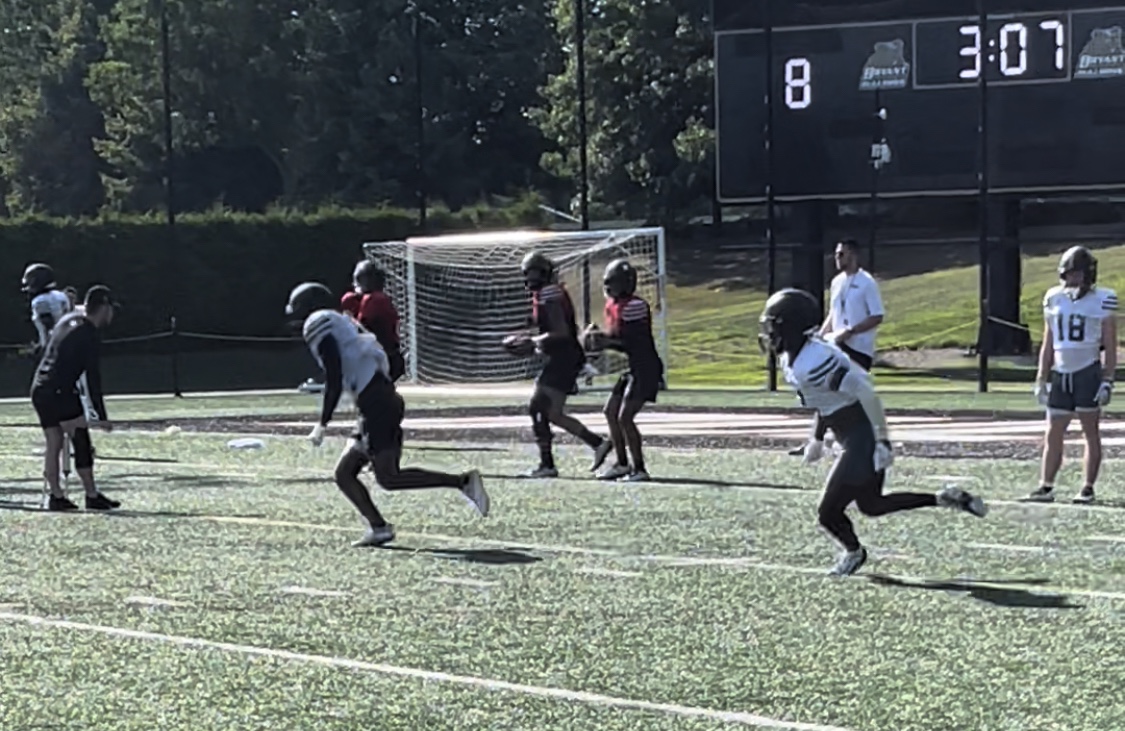 4. Running Back By Committee? The Bulldogs have a stable of backs that will compete to replace Daniel Adeboboye. Junior Kyle Cichanowsky, sophomore Fabrice Mukendi and senior Ishod Finger are all in the mix to start and all three bring a little something different to the table.

6. Defensive line shines against the run: I thought the defensive line did a great job of controlling the line of scrimmage at times, especially against the run. Led by senior defensive tackle Jack Eaton and defensive end Nasaih Harriet, the Bulldogs have a strong unit returning. There is a lot depth at the position.

7. Figuring things out along the O-Line: Offensive line coach Steven Ciocci is one of the best offensive line coaches in the region. He worked his guys hard yesterday per usual. He has plenty to figure out upfront but has some good talent to work with. Led by tackle Trevor Smith, this group should be pretty good. Andrew Berkery, Anthony Perez and Nate Marshall are players pushing to play opposite Smith. Senior Mike McNish, junior Carlos Abascal and junior Jamichael Watts figure in the equation inside. 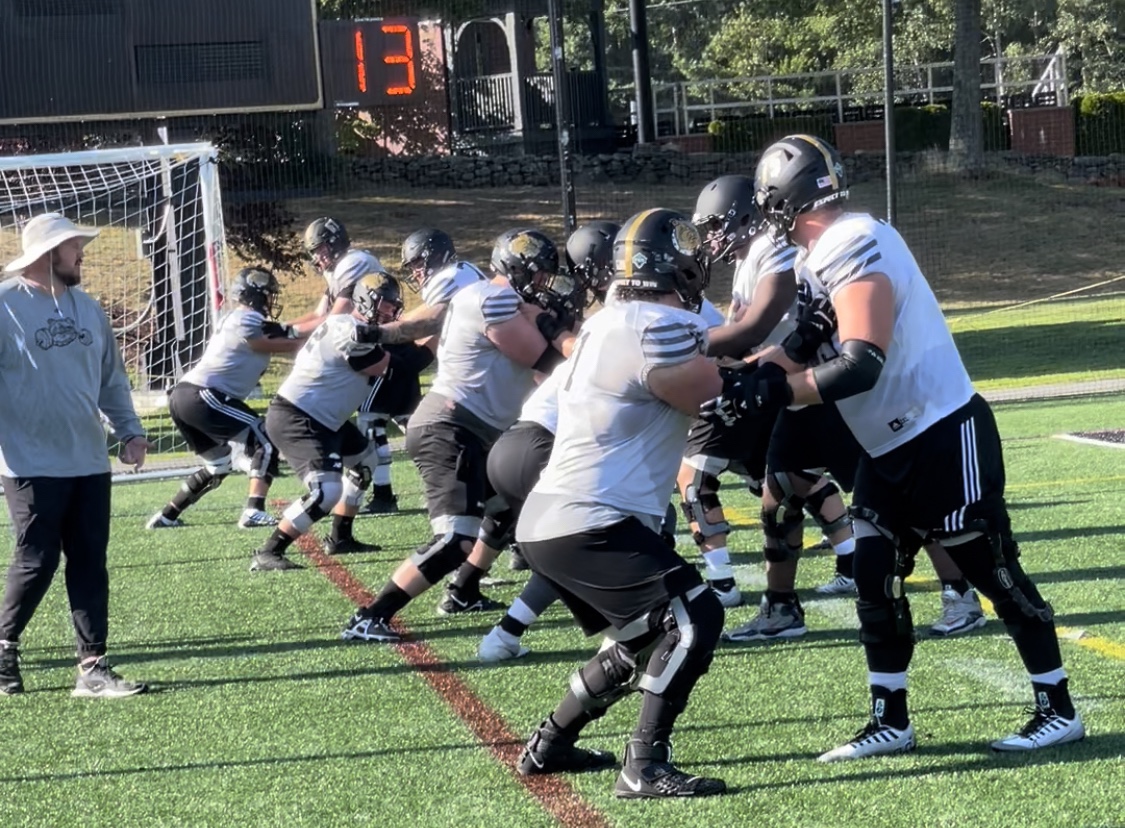 8. Players settling into Coach Barese’s scheme: You can clearly see that the defense is more comfortable in second year defensive coordinator Anthony Barese’s scheme. They had some communication issues in the back end but that’s to be expected five days into camp. The front seven could be really good and with a talented secondary coming along, this defense could be among the best in the Big South.

9. Skirmishes: No camp would be complete without skirmishes and there were plenty of them at practice yesterday as tempers flared. The heat played a role in that I’m sure.

10. Merritt-ocracy: Coach Merritt is all about rewarding his players when they work hard and perform. What you see is what you get with him. If you work hard and do the right things, you will be rewarded. The players were getting ice cream after dinner, a day off today and they will be attending Patriots practice in two weeks.