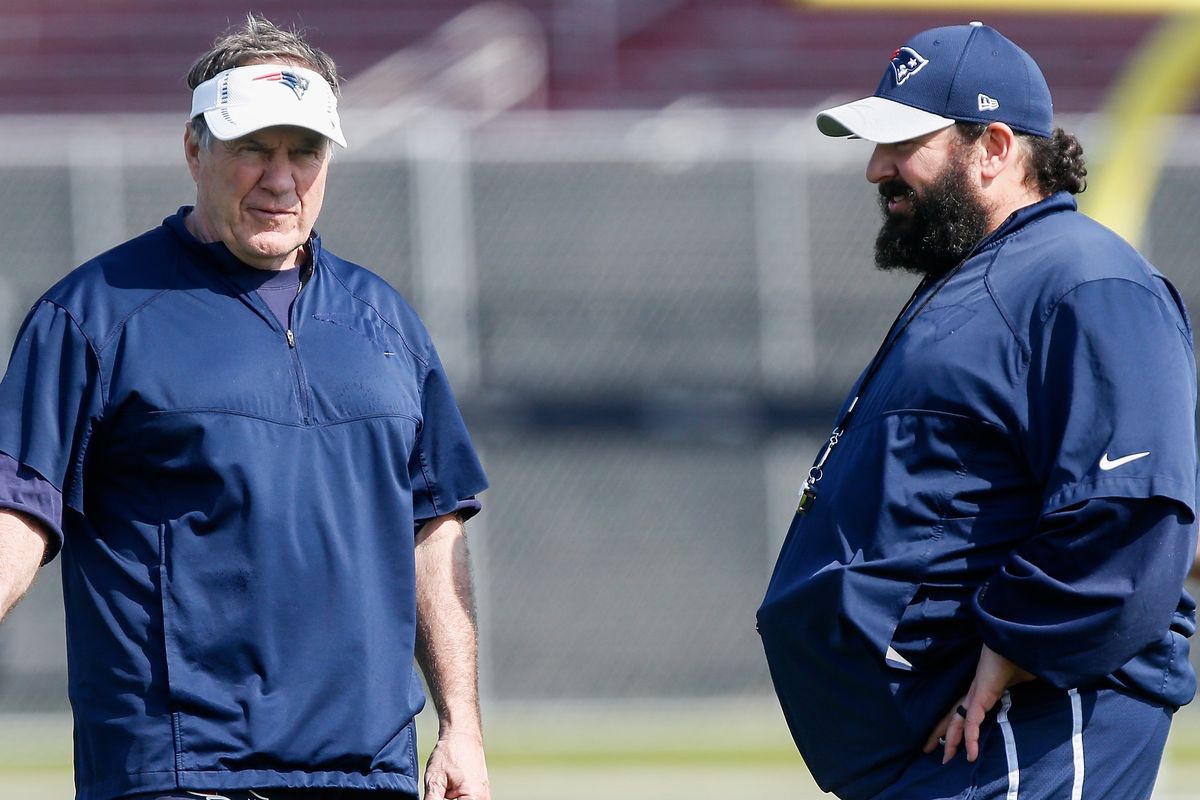 There’s a brand new offense being implemented over at 1 Patriot Place.

The offense that has been around the majority of the 21st century has taken its talents to Tampa where the 45 year old Tom Brady continues to do his thing and also to the desert in Vegas where Josh McDaniels takes another crack as a NFL Head Coach.

It publicly seems to the media and fans alike that Matt Patricia will be the one calling plays (the de-facto offensive coordinator) for Mac Jones and the Patriots offense this 2022 season.  Seen with a walkie-talkie and play sheet in hands when the offense takes their Training Camp reps, Patricia finds himself back in the fold in multiple positions none of which he held while being a coach under Belichick in New England.

Listed as a “senior football advisor” and the offensive line coach as stated on the New England Patriots official website, it seems like Patricia will be wearing a lot of hats in his return to Foxboro.  The most important hat being the play calling for Mac Jones in his critical 2nd season of his professional career.

As Patriots fans know, Matt Patricia was officially given the title of Defensive Coordinator in New England for 6 seasons from 2012-2017.  Now that he’s returned after his Detroit head coaching stint, there seems to be a lot of guys in new places, Patricia included, that don’t seem to be the best qualified at their position. Patricia, mostly a defensive coach, working on offense, and Joe Judge, mostly a special teams coach, working on offense as well.

It looks to be status quo on the defensive side of the ball at least for the time being.

Steve Belichick and Jerod Mayo are both labeled as Linebackers coaches so one would take a guess to say they are sharing the same duty as de-facto defensive coordinator as well.

Until a game gets underway and the TV crews decide to zoom in on either Steve Belichick, Jerod Mayo or both we won’t know for sure who is radioing in to the “Mike” linebacker for defensive plays this year.

It seems like it’s kind of a co-d-coordinator situation at the moment.

But back to the offense.

In the past when you could pencil the Patriots in for 12 wins every year and a trip to the AFC Championship Game, the first month of the regular season could be seen as “an extension of the preseason”.  A time to work on some things even when the games counted.

There’s no room for error.

The AFC seems as stacked as it’s ever been with the influx of veteran QBs (Wilson, Ryan) still in their prime and emerging young stars (Burrow, Herbert) on teams looking to compete for a championship now.

August 2022 is as important a month as there will be for the Patriots to get on the same page and learn a brand new offense New England has not seen before.

Spreading the field and using speed rather than focusing on attacking the middle and playing physical.

This preseason will be very interesting to watch and very important for the Patriots to see what they want to accomplish and how efficient they are at it.  The first couple weeks of Training Camp have been “hit or miss” on offense with concerns coming from fans and even from beat writers who have covered the team for a long time.  Phil Perry of NBC Sports Boston, just to name one, after a particular practice described it as “Reminiscent of the Tim Tebow era”.

Yikes. Not exactly a ringing endorsement of a smooth sailing ship.

Be that as it may, Matt Patricia will gain a lot of new fans or detractors once games begin to count.