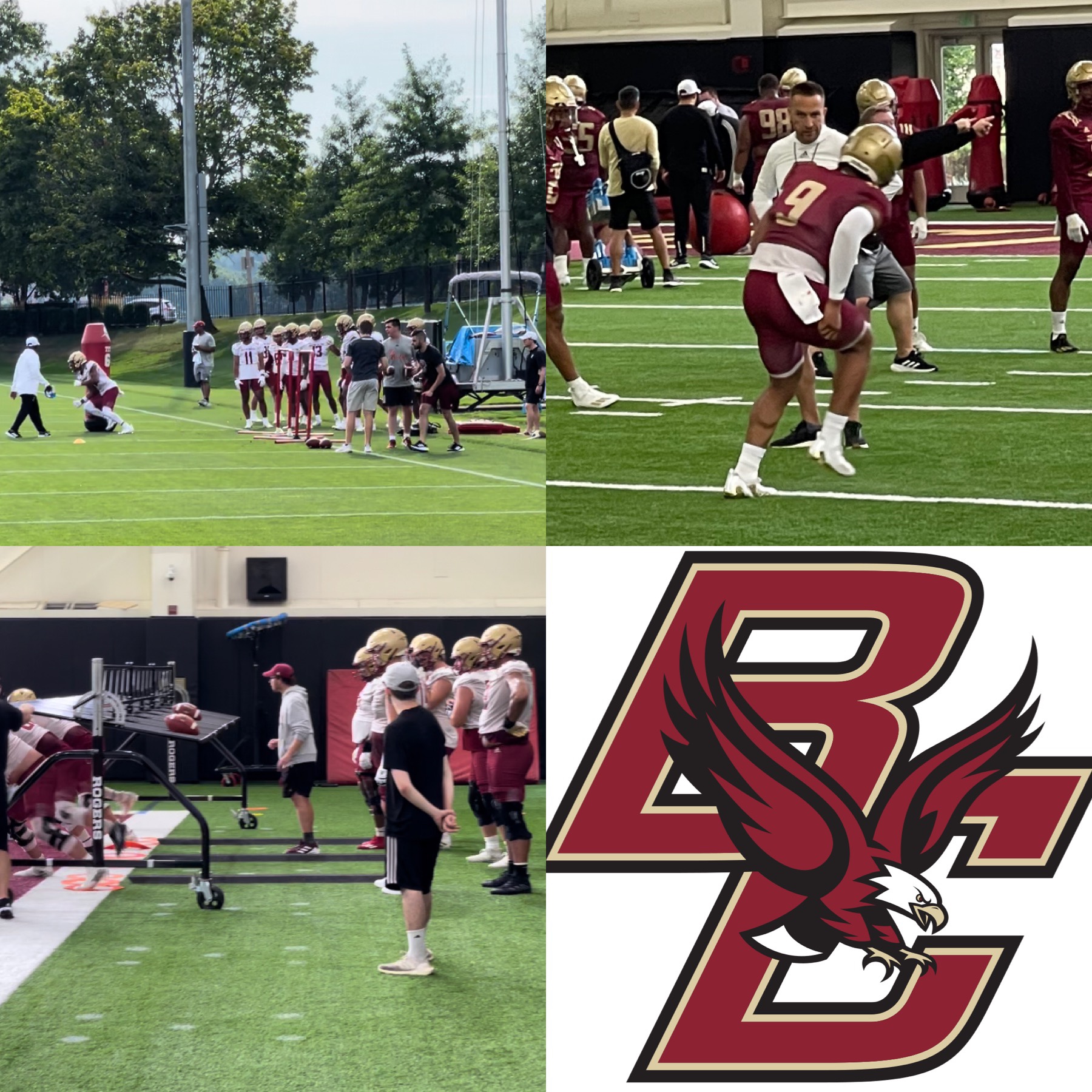 The Boston College Eagles kicked off fall camp on Friday and we spent the morning at practice. Here are my ten takeaways after visiting the Eagles.

1, Hafley has an edge to him: Head Coach Jeff Hafley is coaching with a chip on his shoulder. It was evident in practice and his post practice press conference.

Good stuff from Hafley here on his mindset. You can tell this year already feels different @newftbj pic.twitter.com/2ZEDNRx9Sb 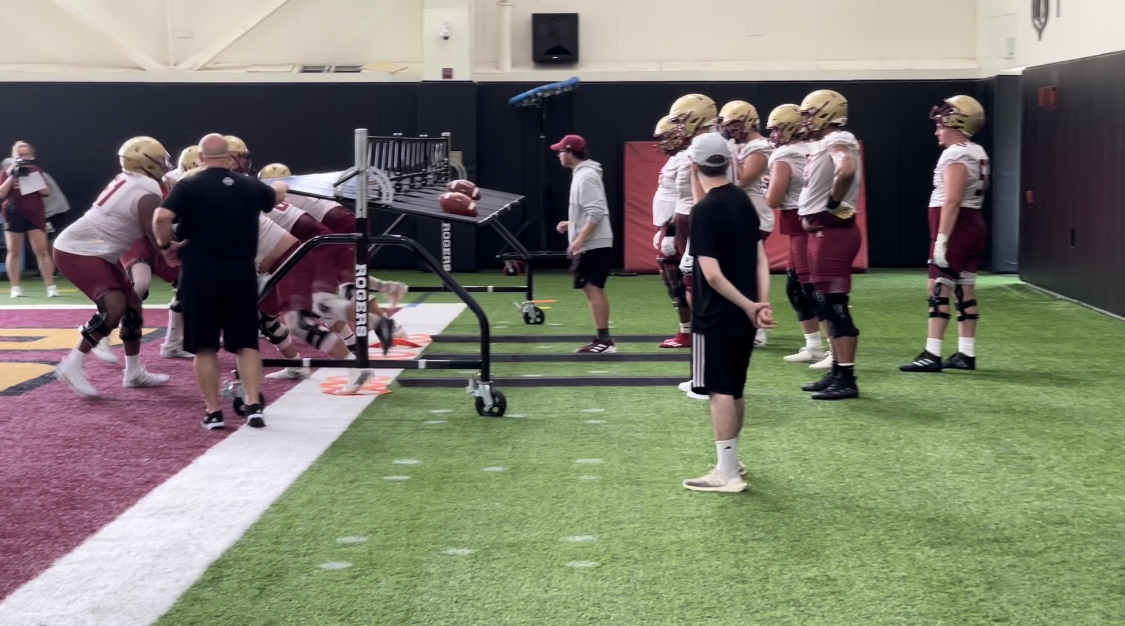 3. Receivers stood out: The Eagles return a bevy of talent at wide receiver with Zay Flowers and Jaelen Gill leading the way. We know about them but freshmen wide receiver Joe Griffin really stood out. He is a freakish athlete and he could make an impact this season. No pressure kid. 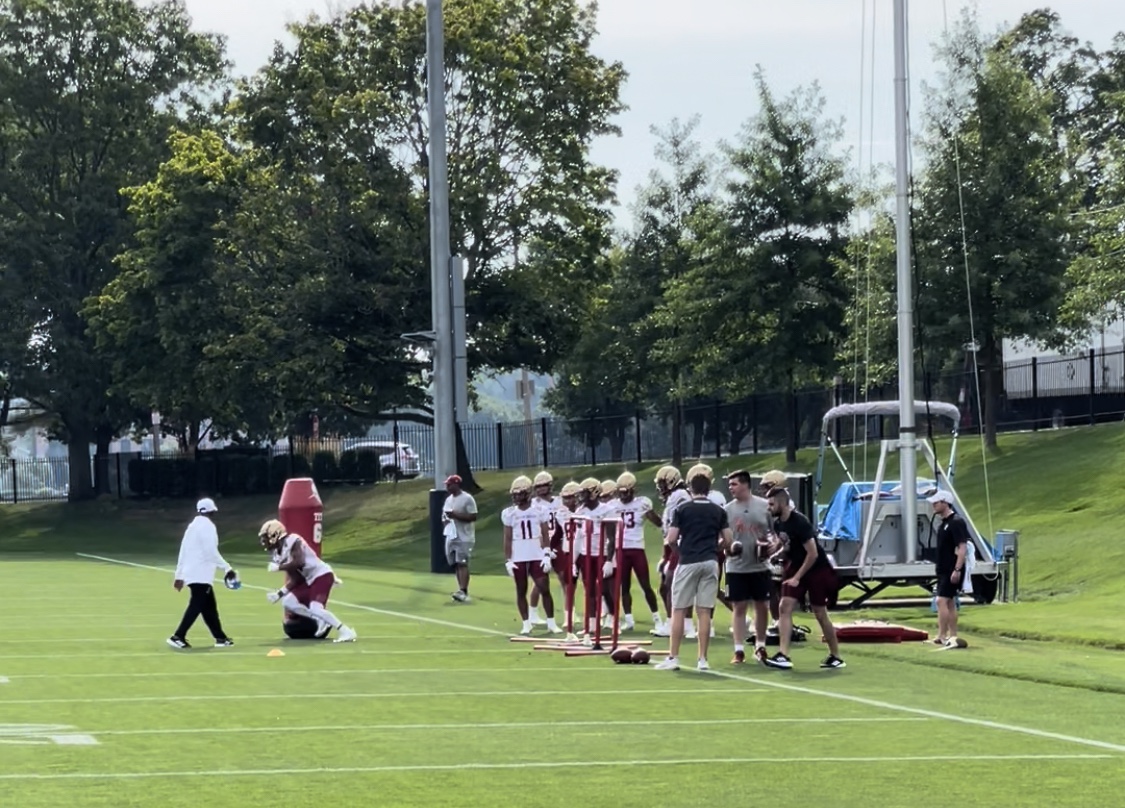 4. Phil looks in charge: Phil Jurkovec is the leader of this football team and it showed in day one. He took charge of the different period, moved guys around and had a presence about him.

5. Pass rush focus: Defensive line coach Vince Oghobaase focused on the pass rush in his individual drills period. The Eagles pass rush will be a focal point after last season.

6. Talent in the secondary: The Eagles have one of the most talented secondaries in the ACC and that talent stood out. Jason Maitre, Elijah Jones, Jaiden Woodbey and Josh DeBerry and C.J Burton all appear to be in mid season form.

7. Freshmen running around: You can tell who the freshmen were by the way they were running around from station to station at the end of each period. They’ll figure it out.

8. Experience on offense: The coaching experience on offense really stood out. Offensive coordinator John McNulty, offensive line coach Dave DeGuglielmo, wide receiver coach Darrell Wyatt and special assistant Rob Chudzinski all have NFL experience. Hafley talked about how that experience and the ideas that come with it will be featured in the offense this season.

10. Practice pace: The tempo was good. It helps having a coaching hype man who announces the periods and moves the team from station to station.