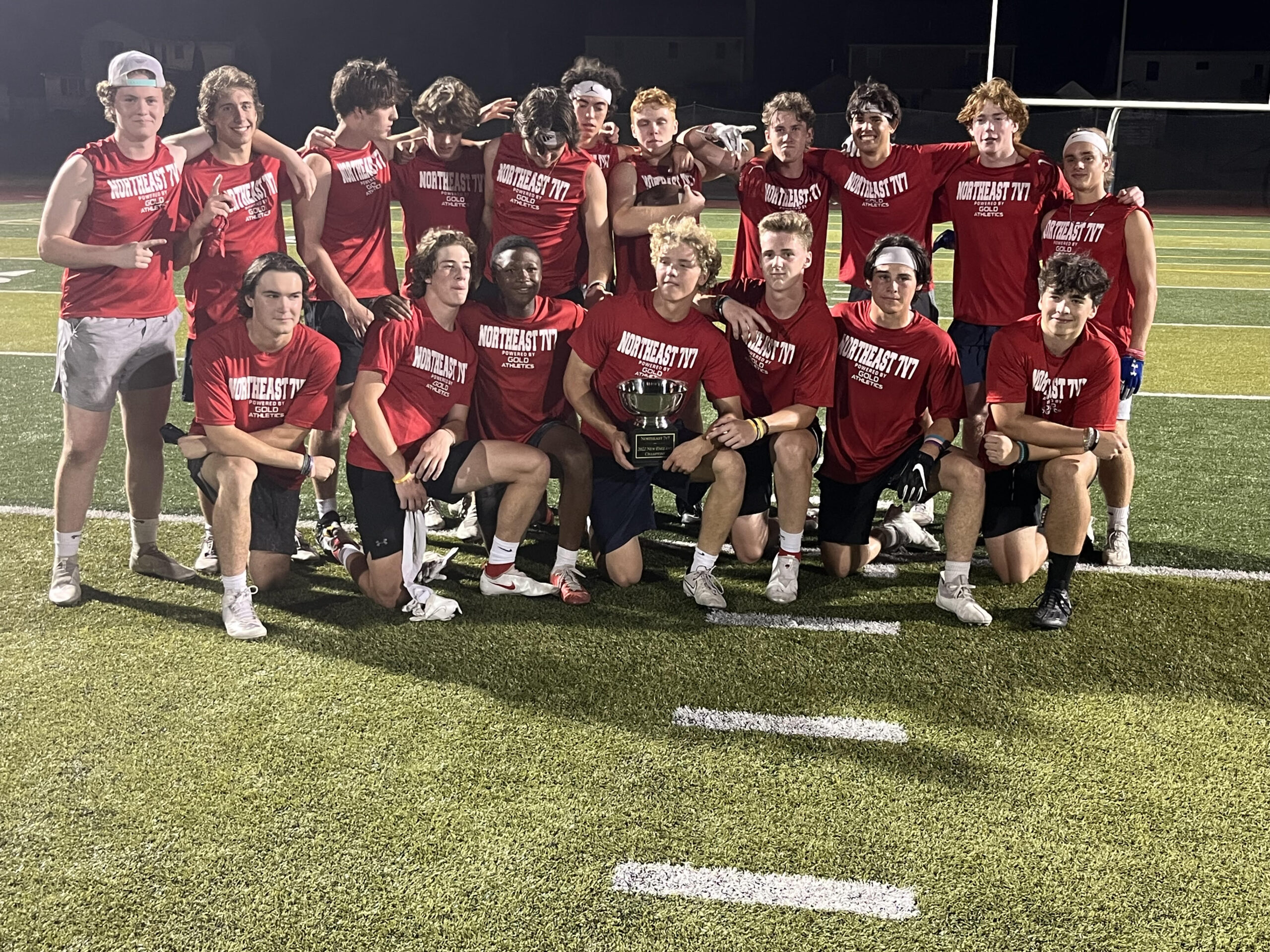 PEABODY — It was a hot day at Bishop Fenwick for the Northeast 7v7 New England championship on Thursday.

However, a few things kept it playable. First, the first games did not start until 4 pm, and the last games were played under the cover of darkness. Second, there was a consistent breeze blowing in to cool everyone off.

When all was said and done, Milton came away with the title with a 19-6 win over Dedham. The Wildcats participated in two of the other regionals, and played well together all summer.

The star of the show for Milton was quarterback Owen McHugh, who is a returning Bay State Conference All-Star at safety. As he did in the South regional win over Barnstable, McHugh sealed his team’s win over Dedham with a pick-six.

But McHugh really shined as a signal-caller. He has such a nice, easy release, and he may have been the most accurate quarterback of the whole event.

Dedham was the surprise to make it that far after winning the South Small title. The Marauders were basically all juniors out there, and coach Mike Cloutier is excited about the potential of this group. Keep an eye on this team going forward.

Barnstable had a great summer at these events and competed well all day before losing to Milton in the semifinals. We’ve been saying it over and over, but sophomore Chevy Shakespeare is a wide receiver/safety to watch. He must have had 30 or more catches Thursday night. Shakespeare already has a URI offer, and is sure to garner more down the road.

Billerica battled hard to make it to the semifinals before losing to Dedham. JT Green played well at quarterback, and wide receiver Gus O’Gara should have a big season for coach Duane Sigsbury.

This was another well-run event by Milton coach Steve Dembowski. The kids compete well and it’s always a fun summer activity.