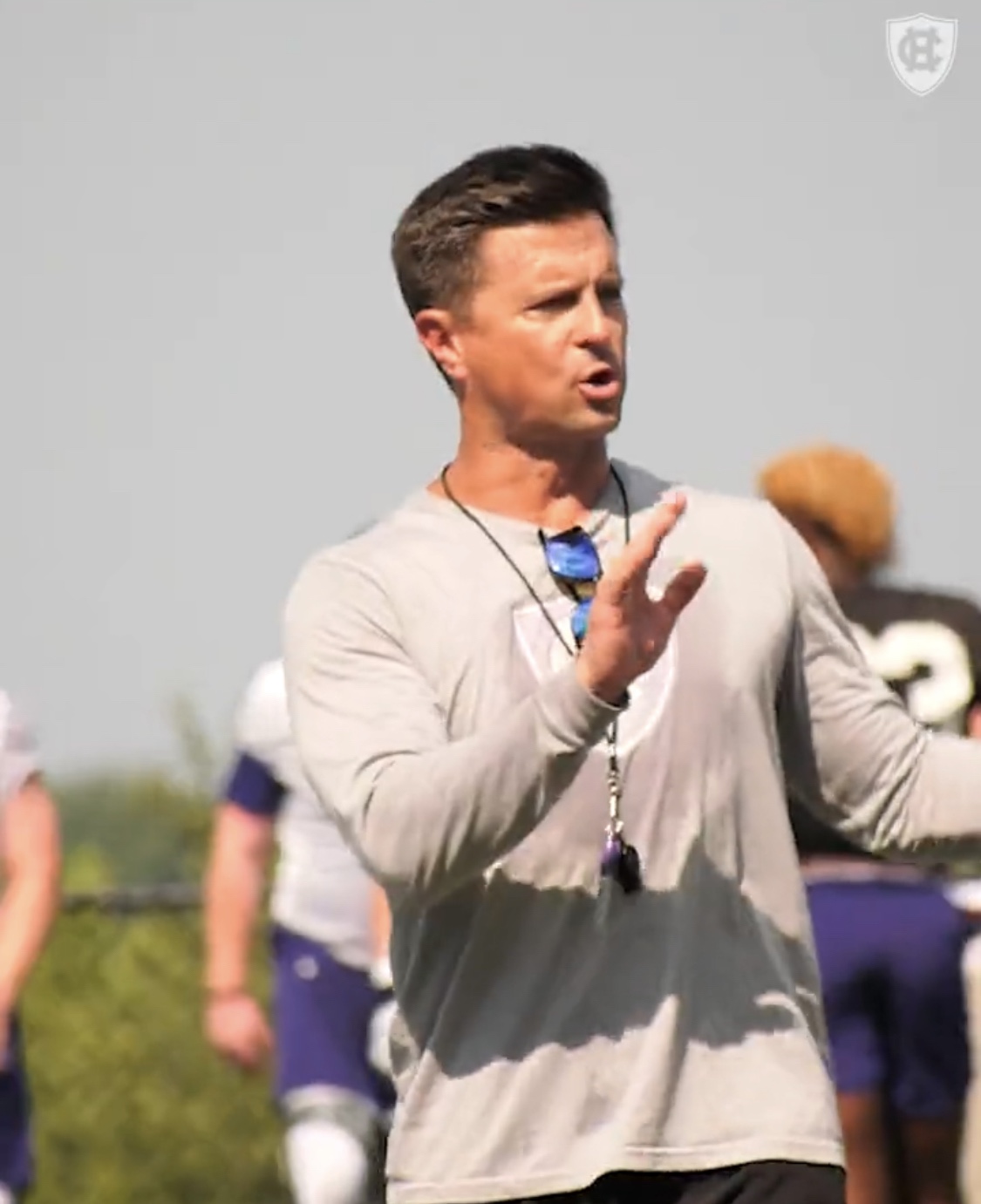 The Holy Cross Crusaders opened up fall camp today and expectations are as high as they have ever been in program history.

Head Coach Bob Chesney has led the Crusaders to three straight Patriot League titles and a playoff victory last season over Sacred Heart. Now the expectation is that this team can not only win the league but compete for a national title possibly.

Chesney would temper expectations but given the returning talent, that will be hard to do. The Crusader faithful are excited.

So what do we think? Here are three things we will be watching at fall camp.

1. The continued development of Matthew Sluka: Sluka is entering his junior season and he is finally the man. No more splitting reps with someone else. This is Sluka’s team and with that comes more responsibility. He needs to develop more as a passer and he needs to protect himself as a runner. It will be interesting to see where Sluka is in his development.

2. New offensive coordinator Chris Smith: Smith was a four year staring center at Holy Cross so he is fully aware of the tradition and the passion for the program. He bleeds purple and now gets the opportunity to coordinate the offense after being the offensive line coach the last few years. The Crusaders won’t change much philosophically. They will still pound the ball with Peter Oliver and Sluka but I would expect to see some new wrinkles in the passing game.

3. The D: The Crusaders have a lot of experience back on defense headline by linebackers Jacob Dobbs and Liam Anderson and cornerback John Smith. This unit should once again be among the best in the Patriot League and in the country.

Final Analysis: Chesney will push his team in this camp because like most people outside the program, he expects great things out of them. There is plenty of talent and experience back. The Crusaders should win the Patriot League and make a run in the FCS Playoffs.