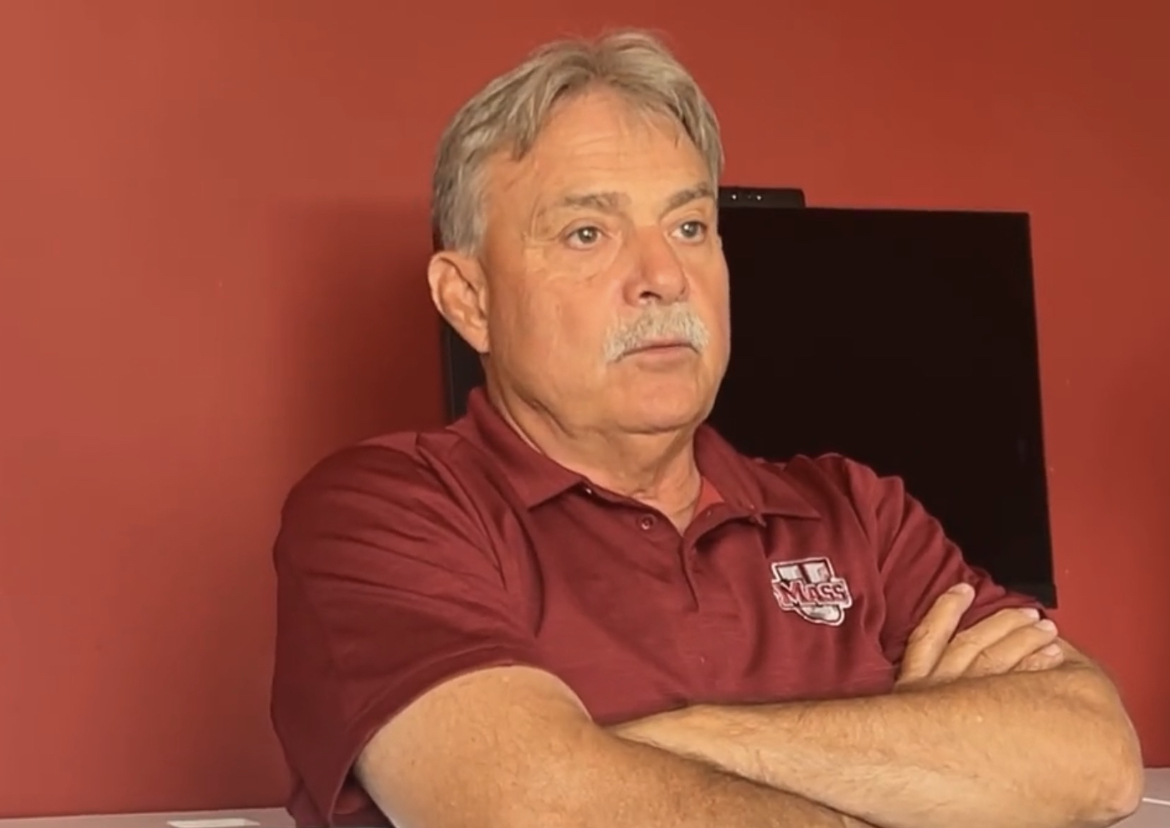 In his first four seasons at UMass, Josiah Johnson was a part of just six wins.

He stuck with the Minutemen, even after the school hired the third head coach of his tenure. Even after he was forced to switch positions from tight end to wildcat quarterback, then back to tight end. Even after rumors of his potential transfer swirled last winter.

“All I want to do is see this school win,” Johnson said Thursday. “Talking to coach [Don] Brown, he has that same passion.”

Brown leads UMass into training camp Friday, his first at the helm in Amherst since 2008, when he capped a five-year stint as head coach that included a 49-13 record and two playoff berths at the FCS level. 2022, however, presents a more daunting challenge for Brown: reviving a program that’s won twice in its last 25 games— now at the FBS level. Still, the 67-year-old is ready to go.

“I’m fired up.” Brown said “This is what you do it for. This is why, when I hit the ground here on December 1, I was gone before the end of the day, flying around New England.”

Brown’s roster, the largest in UMass history since it joined the FBS in 2012, features 43 new players, including recruits from the high school ranks and an onslaught of transfer portal additions. The plan for the winter was to mix young newcomers and college football veterans, recruiting coordinator Jeff Moore told New England Football Journal in January.

“You’re looking to create competition at each position,” Brown said. “That’s what we’ve been pushing. No one rises to low expectations. Maximize your potential. I think they’ve done a good job buying into that.”

“It’s been a smooth process,” defensive tackle Billy Wooden said about welcoming the roster additions. “We all share the same goal, and that’s to win.”

Even with the influx of new faces, the biggest hole in the Minuteman roster remains at the quarterback position. Brady Olson, who appeared in nine games as a true freshman last year, is the favorite to land the starting spot after tossing eight touchdowns and seven interceptions in 2022.

But Brown didn’t name a starter ahead of Friday’s opening practice – at any position. Gino Campiotti, who started his career as a tight end at Northern Arizona before transferring to Modesto Junior College then UMass, will have a shot to win the signal caller job. So will Zamar Wise, who appeared as a quarterback, running back and receiver last year. Each presents a different skillset—Olson is a traditional pocket-passer. Campiotti is a downhill wildcat quarterback. Wise is strong-armed but shifty and mobile. Brown didn’t rule out using a combination of them.

“There’s no jobs won. With the way college football is today, you better let everyone compete to play, because they’ll jump in the transfer portal in a freakin’ hurry,” he said.

Tactically, the UMass playbook looks different already, and Brown’s personal history is as a defensive coach, a contrast from ex-coach Walt Bell’s as an offensive mind. But the palpable change Thursday at the Football Performance Center manifested in the form of increased energy.

“One of our biggest problems in the past is that I don’t think it hurt enough people when we lost,” Johnson said. “I see a lot more care and a lot more need to win.”

Problems will be solved with aggression when camp opens Friday for the inaugural team in Brown’s second stint as UMass head coach, 29 days ahead of its season opener at Tulane.

“The energy and the overall mindset is understanding the standard of what UMass football does,” running back Ellis Merriweather said Thursday. “UMass football is known for the dominance they used to have, so we need to bring that back.”