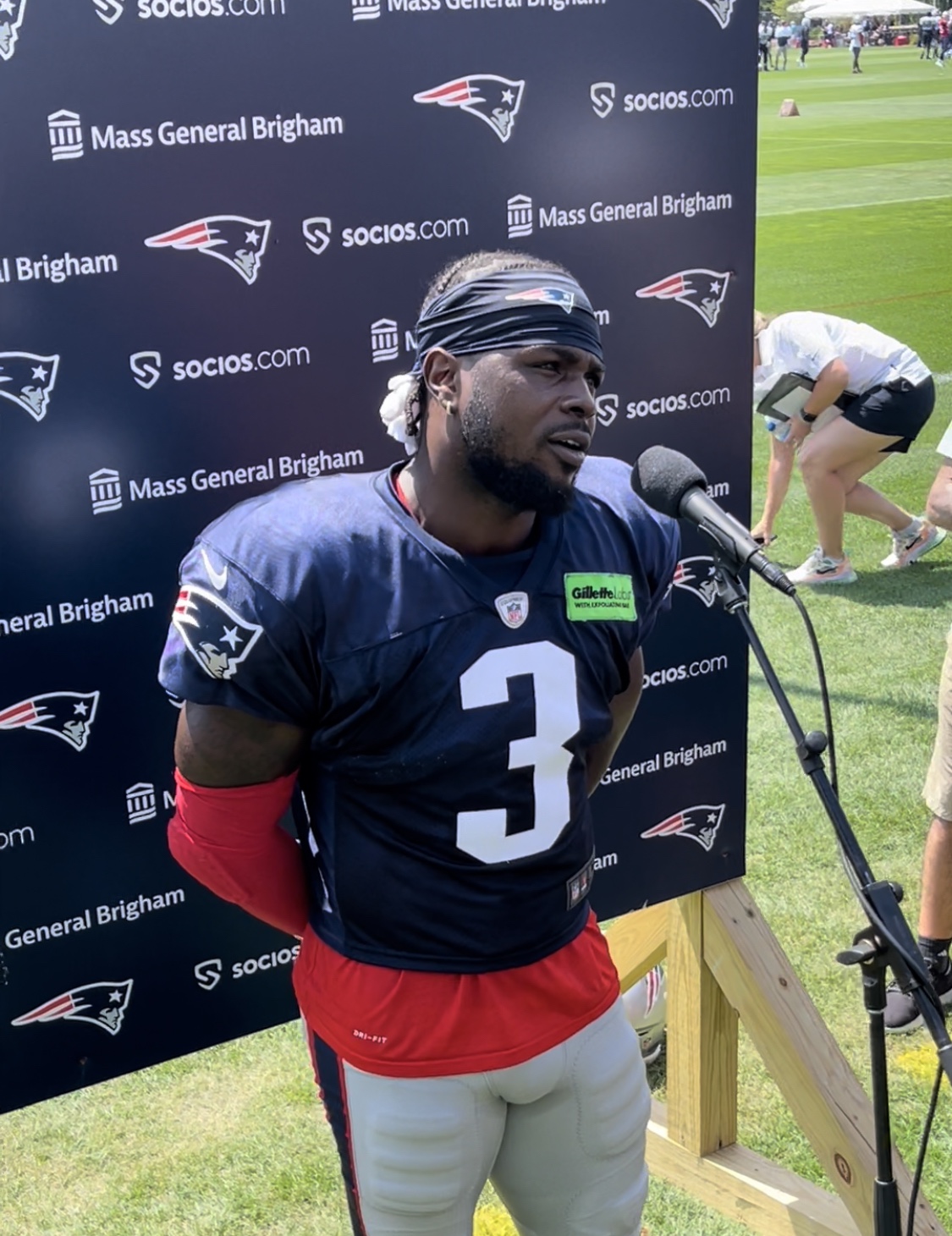 Jabrill Peppers is itching to get back on the field. The veteran safety who signed with the Patriots this off-season was in pads for the first time this pre-season yesterday but is still not cleared to participate. Instead, Peppers played the role of player, coach. He had a walkie talkie and he was listening to the defensive calls as they came in.

Peppers admitted that he is still learning the defense and listening and seeing the calls live helps him keep up.

“Just trying to stay locked in. It’s kind of hard to hear the plays. Just trying to get some mental reps.” When asked if he liked having the walkie, talkie, Peppers said “Yeah, it’s cool. Since I can’t physically be out there.”

Staying sharp is key when it comes to playing in the NFL, especially for the Patriots who run one of the most complex schemes in the league. The scheme can be demanding, especially for safeties. The Patriots play a lot of three safety coverages so being able to play in multiple packages and being on the same page with the rest of the secondary is important. Peppers acknowledged as much.

“Whatever coach wants to do, I will do it to the best of my abilities.” When asked about his fellow safeties, Peppers has nothing but respect for what they can do. “I love it. We’ve got a lot of great players that can do a lot of different things.”

It was why Peppers signed here. He knew that his style of play would fit in well with the Patriots versatility first mentality. While we haven’t seen him on the field yet, there is no doubt that when Peppers is ready physically, he will contribute. Whether it be on defense or on special teams returning kicks.

Despite the fit, Peppers knows that he can always work on something and get better.

“You can always get better at something. In my personal opinion, nobody is that good that they don’t constantly hone their craft and try to get better.”

It sounds like Peppers is well versed in the Patriot Way already and if that is the case, he should fit right in.